What are your beliefs costing you? 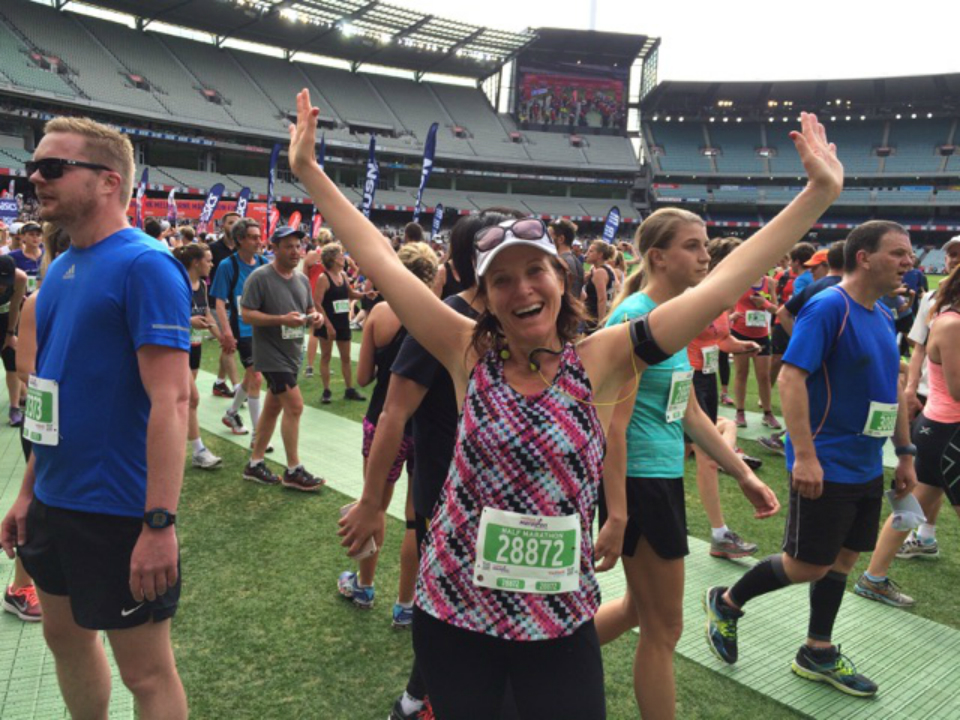 On Sunday I decided to ‘show up’ at the starting line for the Melbourne half-marathon (21 kms, 13 miles). I’d been on the fence about whether to go ahead with it as, in between all my recent travels, I’d fallen off the rails with my training.

But show up I did with the mindset that I’d just give it my best and if I had to walk part the course, so be it. Of course once the starter gun fired and I was jogging through the heart of Melbourne with 11,000 other runners, my competitive nature kicked in and I decided I’d run the whole thing, even if the few mild slopes slowed me to a walkers pace.

By the 15km mark my legs were burning. As I thought about the people in my life who are unable to walk, much less run, I just committed to dig even deeper.

And that I did.

Just over two over hours later I ran into the Melbourne Cricket Ground. Tears rolled down my cheeks in a mixture of pain, pride and relief. The end was in sight. As I crossed the line, I felt like I’d just won Olympic Gold. The fact that thousands of others ran just as far, if not twice that distance in the full marathon, felt irrelevant in that moment.

I share my experience not to impress you with my athleticism. Honestly, if I can run a half marathon anyone can! Rather I share it because too often we sell ourselves short by buying into the false beliefs that keep us from even showing up at the starting line toward the goals that stretch us, inspire us and reveal us to ourselves.

Sure training would have been a good idea. But even so, finishing that race only reaffirmed my belief that too often we humans underestimate the mettle we’re made of; that we’re capable of far more than we think.

Any area of your life that isn’t moving toward more of what you want holds a limiting belief.

My question for you is what will that area of your life look like 5, 10 or 25 years from now if you continue holding on to that belief? In other words, what’s that belief costing you – in joy, contribution, connection, health, wealth and true fulfilment?

If your beliefs aren’t moving you toward a greater sense of health, wholeness, connectedness, purpose, passion, or prosperity, then they’re moving you further away from it. It’s as simple as that.

By trying on a new belief, starting with just one for a day, you’ll discover new possibilities opening up. I can’t know what they’ll be but I know they’ll connect you to this truth that, deep down, you already know:

You are the creator of your life and have everything it takes to create a life rich in whatever inspires you (and to change that which doesn’t!)

It adds life to your living!