The Agony Of Indecision 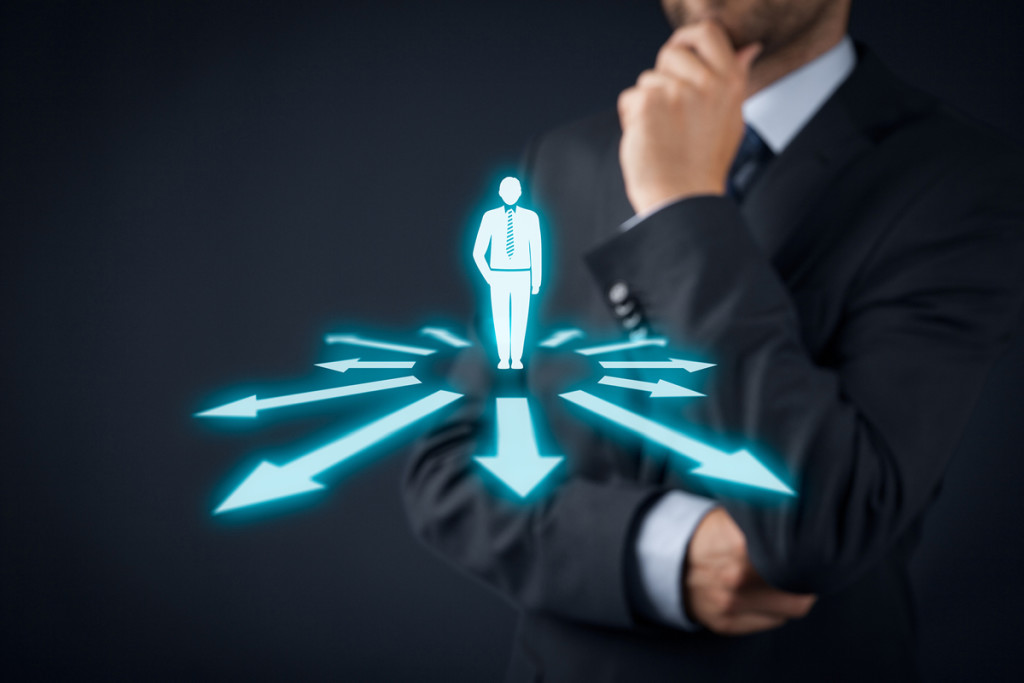 It’s long been said that any decision is better than no decision at all. But decisiveness, like so many admired attributes, is easier said than done.

Of course, when the risks are low and the options are black and white, it’s not so hard to be decisive. But more often there’s a lot of grey as we grapple with a myriad of uncertainties, alternatives, a lack of full information, and a future that is anything but predictable.

If only you could know for sure that the decision you make is the right one, worthy of the trade-offs and risks involved. Waiting a little longer, until you have greater certitude and fewer doubts, can seem like the smartest, and safest, thing to do.

It’s a general rule in psychology that for people to make the decision to change something has to hurt more now than it hurts to change it. But what if right now you aren’t hurting that much (yet), with no pressing ‘pain point’? What if the status quo isn’t ‘so bad’ and the potential upside may not be worth the potential downside?

Waiting a little longer can seem safer, but is it?

The truth is that you wouldn’t be human if you never wrestled with indecisiveness. But if you’re waiting for certainty before you commit to a course of action, you can spend your life (career, happiness, business… ) on permanent hold. It happens. As legendary automotive executive, Lee Iacocca, once said, “Decisiveness is the one word that makes a good manager.” A good leader too.

In my twenties I had to decide whether to leave my job working at a large global consulting firm to spend three years working in Papua New Guinea. Ranked as one of the most dangerous countries in the world at the time, there were plenty of reasons not to take it. But newly married and armed with a sense of adventure, my husband and I figured “What the heck?!” It may not have been an obvious career-building move (a few warned us it would be just the opposite) but we felt it would be a unique experience that reflected our value to forge our own path in the world.

While our time living in Port Moresby had it’s fair share of challenges (which I wrote about in my latest book Brave), it was also incredibly rewarding. When I left PNG nearly three years later, I was far more clear about what I wanted to do with the rest of my life than I was before. Even today I look back on that chapter of my life, and our marriage, with enormous fondness and gratitude for what we gained from it.

Decisiveness does that. Even when our decisions don’t go perfectly to plan, we still learn a lot about what works, about ourselves, about life and about how to live it better

Even when our decisions don’t go perfectly to plan, we still learn through them.

The Latin root of the word decision – cis or cid – means to ‘cut’ or ‘kill.’ You see it in words such as homicide and scissors. Since we live in a world of infinite choice, abundant opportunity and endless decisions, to be effective requires learning how to ‘cut’ or ‘kill off” options on a regular basis. Sometimes those options are very attractive (like a high paying job or social status). All of them have their own pay off (security, money, familiarity, low risk, adventure, certainty). Eliminating them can be painful on multiple levels.

It’s why being decisive amid uncertainty is an act of personal courage. It demands having faith in yourself that whatever unfolds as a result of the decision you make, you can handle it and you will benefit from it. That singular act of faith can ease your anxiety about the future and make you more powerful in shaping it. The truth is that there is no ‘perfect’ decision. Giving up trying to make one can spare you a lot of unnecessary stress.

It may sound counterintuitive, but putting off a decision to change the status quo doesn’t make you more secure, it makes you less so. Trying to avoid uncertainty by sticking your head in the sand and pretending everything will just stay as it is puts you at risk of being left behind as the world marches steadily on around you. Because if there’s one thing you can count on, it will.

When you’re brave enough to make a decision,
you’ll find the courage to make the decision right.

Decisiveness fuels personal power in ways that procrastination never can. So rather than trying to predict the future, focus on making the best decisions you can right now, with what you know now. If the future doesn’t unfold as predicted, or plans go pear shaped, you will adjust accordingly. Just never let fear of making a wrong decision keep you from making a right one. To quote the 11th century Jewish philosopher Maimonides, ‘The risk of a wrong decision is preferable to the terror of indecision’.

As I wrote in Brave, the cost of indecisiveness can be steep – just look at how many leaders, businesses, careers and people have derailed because of it.

The best way to build decisiveness is to start where you are with the next decision you face. By all means, do your homework, weigh the trade- offs, and calculate the risks. But then trust your gut instinct to guide you forward, even if it’s on to new ground that takes you out of your comfort zone. Because when you’re brave enough to make a decision, you’ll find the courage to make the decision right.