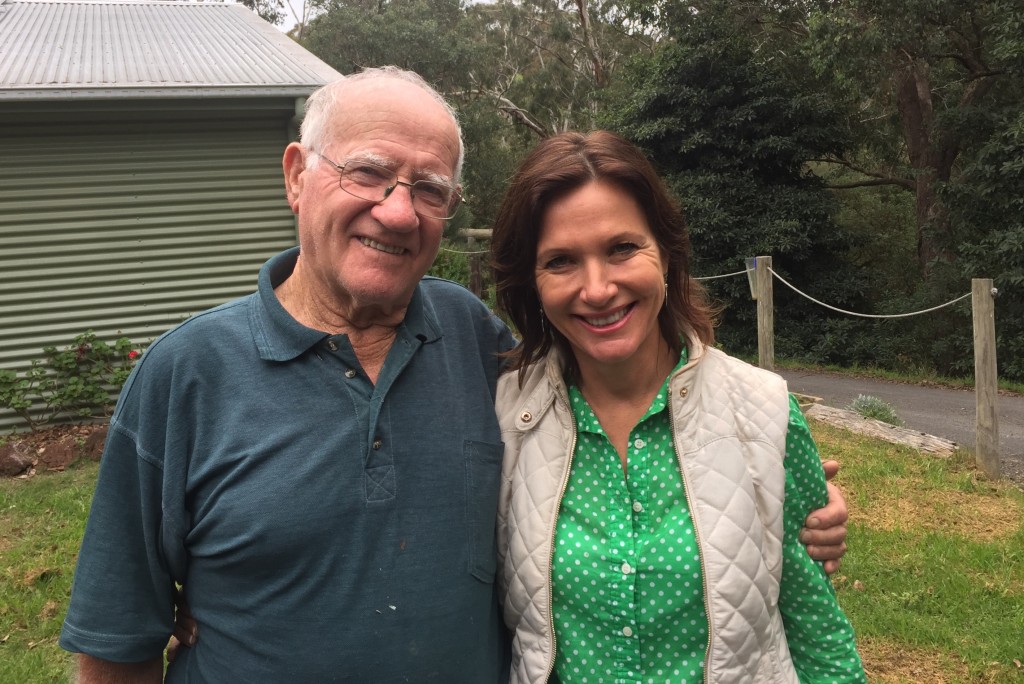 At eighty year of age, my dad’s had his share of hard knocks, from losing a son after a long battle with mental illness to supporting another adapt to life in a wheelchair. Yet while I’m clearly biased, I believe he’s one of the most loving and loveable men you’d ever meet.

Dad (better known as Ray Kleinitz to everyone else) left school at sixteen and, apart from a year cutting sugar cane in Australia’s far north, spent his entire working life milking cows on the small dairy farm in rural Australia (a little known place called Nungurner that doesn’t even have a shop.)

Over Easter I headed back ‘home’ to spend time with my parents, married 50 years this May. Before I left, I sat down to film this short interview for Huffington Post’s #TalkToMe: Dad’s Wisdom campaign.

I hope you’ll take five minutes to watch it and that dad’s humility and wisdom will inspire you in some small way – whether to ‘aim for the top of the ladder, not the bottom’ or to keep faith that, even amid the toughest times, everything will work out okay.

Funny enough, what affected me most from doing this interview with dad wasn’t inspiration to do more with my life, but to be more grateful for what I’ve already done. Something I’m often pretty lousy at doing.

Over the years dad has taught me a lot about gratitude. While he didn’t share it in this interview, he often says he feels like the richest man in all the world. It’s always made me smile because while dad never got close to earning a six figure income (much less to accruing a nice retirement fund), many people with far more affluence never feel remotely as wealthy.

As dad has told me many times, “Count your blessings Margie. Too often we don’t appreciate what we have until we no longer have it.”

Dad is one of my life’s greatest blessings. I hope his faith, humility and hard won wisdom will bless you in some way also! #TalkToMe