Parent From Faith, Not Fear 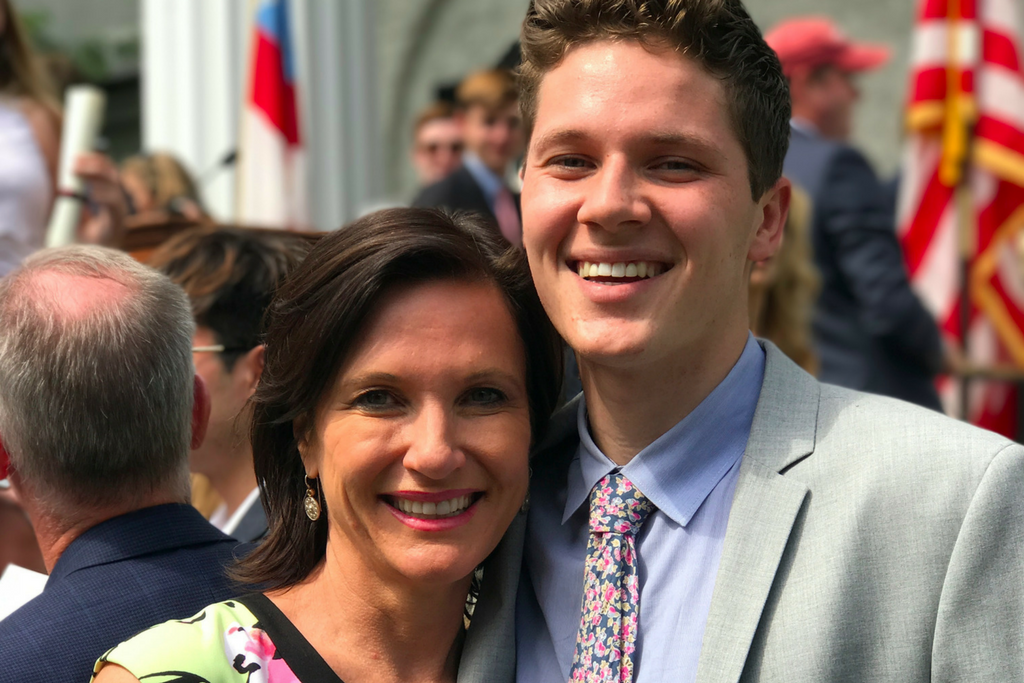 Last weekend I was back in Washington D.C. celebrating my son Lachlan’s high school graduation. I vividly remember the day I gave him a hug at Melbourne airport as he boarded his flight to travel across the world to pursue his passion for basketball and forge his own path. Oh, it was a hard day on this mother’s heart strings.

Nearly three years later, Lachlan (now 19) has grown in so many ways… including vertically! During his recent internship at the United Nations Foundation, an article he penned was published on their Girl Up blog. Titled Why Boys Become Men When They Are Feminists, he wrote that, “We {males} only emasculate ourselves when we degrade girls and women out of insecurity and fear. I’d much rather have my male identity rooted in strength and bravery than insecurity and fear.” His words seemed to strike a chord and within days a journalist for Yahoo wrote a follow-up article titled “Teenage Boy Wrote Article On Feminism and Nailed It”.

As both a mother and advocate for women and gender equality, Lachlan’s words brought me both an enormous sense of pride and optimism for the future. While I am passionate about raising all my sons to be feminists and challenge gender norms (and raising my daughter to take her seat at whatever table she sets her sights upon), his words also reaffirmed the importance of parenting our children from courage instead of fear.

Like all loving parents, my instinctive desire to protect my kids is hardwired into my psychological DNA. Yet, I also know that unless we are willing to let our children risk failure, rejection and disappointment they can never build the courage, resilience and grit to thrive in the bigger journey of life. As I wrote in a previous blog, telling them that they are capable, strong and brave is not enough. We have to encourage them to do the very things that risk falling short of the mark, grow their grit, and build their muscles-for-life.

Over the last three years, numerous things have not gone Lachlan’s way. But his disappointments and derailed plans have also taught him valuable lessons and bolstered his sense of self-efficacy to deal with life’s myriad of challenges. The same is true for my daughter Maddy who flew to Paris (a city she’d never visited before) on her own last Sunday night to study French for a month. She was a little nervous. So was I. When we hugged at Dulles airport in D.C. a few tears rolled down my cheek. My younger sons Matt and Ben gave me a hug and did what they often do: reeled off the titles of my books, telling me: “Find your courage, Stop Playing Safe and be Brave Mum. Maddy is going to Make her Mark… she’ll be just fine”. I knew they were right but that doesn’t mean I don’t have to find my own courage to send my daughter off to a foreign port. 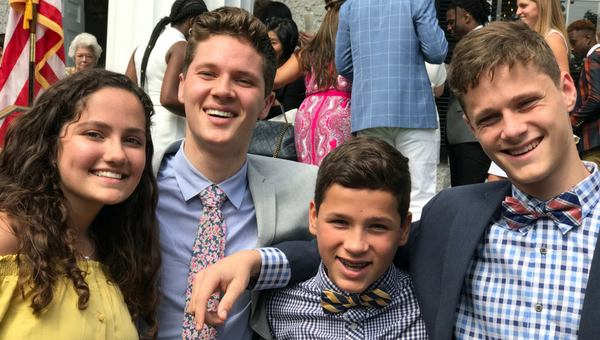 On Tuesday morning she had to make her way on the Paris metro to the Sorbonne to start classes. On arriving she found out that her registration had not been processed properly. I had just landed back in Australia with Matt and Ben, her dad was in Houston, and neither of us speaks French so she had to figure it out for herself. Was it a little uncomfortable for me, a world away, not being able to solve this problem for her? You bet. But she figured it out and I have no doubt that she will leave Paris with more confidence than when she arrived. Hopefully, more fluent in French too!

As a mother, watching my kids spread their wings can be bittersweet. Given the recent spate of random terror attacks and all that is going on in the world right now, there’s a part of me that wants all my chicks back safely in my nest, never to venture beyond my sight. But I also know that parenting from fear only nurtures fear in our children. Not only that, but it deprives us of the joy of watching them bloom into self-assured adults and keeps them from ever realising their own potential as human beings.

Do I ever miss having my kids close by? You bet. Does my imagination ever jump to worst case scenarios, like them being caught in a random terror attack or hit by a stray bullet? Yes again. But as with everything I do, I consciously decide not to let fear set up residence in my life nor direct my decisions. Rather I refocus back on all that they are learning and who they are becoming and the many possibilities that the world holds for them and for all who dare to embrace uncertainty, dare greatly and forge their own brave path in this big world.

So if you are a parent, whether you have sons or daughters, whether they are still learning to write or have already left your nest, I encourage you to parent them from faith – in themselves, in yourself, in God or whatever universal force for good you believe in. Having uprooted my kids and moved them around the world several times, all while leaving them to pick up the balls I drop along the way as I pursue my own career and calling, I can tell you that your kids are far more resilient, resourceful and adaptable than you may think they are.

The poet Kahlil Gibran once wrote that “Your children are not your children. They are the sons and daughters of Life’s longing for itself… You are the bows from which your children as living arrows are sent forth.”

We do not have our children for ourselves. We have them for the world; to leave it a better place for having walked upon it. And so, for however many years we are blessed with the privilege of raising them to stand firmly on their own (I’m not there yet!), it’s our job to instil in them a deep sense of their innate worth and personal power to achieve what they want, change what they don’t and, when things don’t go to plan, to fail forward.

As I have written in previous blogs, raising brave kids requires role modelling the very courage we wish to instil in them. But be warned: that is not a comfortable endeavour. In fact, it can be one of the most uncomfortable and courageous things you may ever have to do. But keep in mind: your children won’t always listen to what you say, but they will always notice what you do. And despite how much time they spend with their face looking at a screen, they spend even more looking up to you. Lead the way.