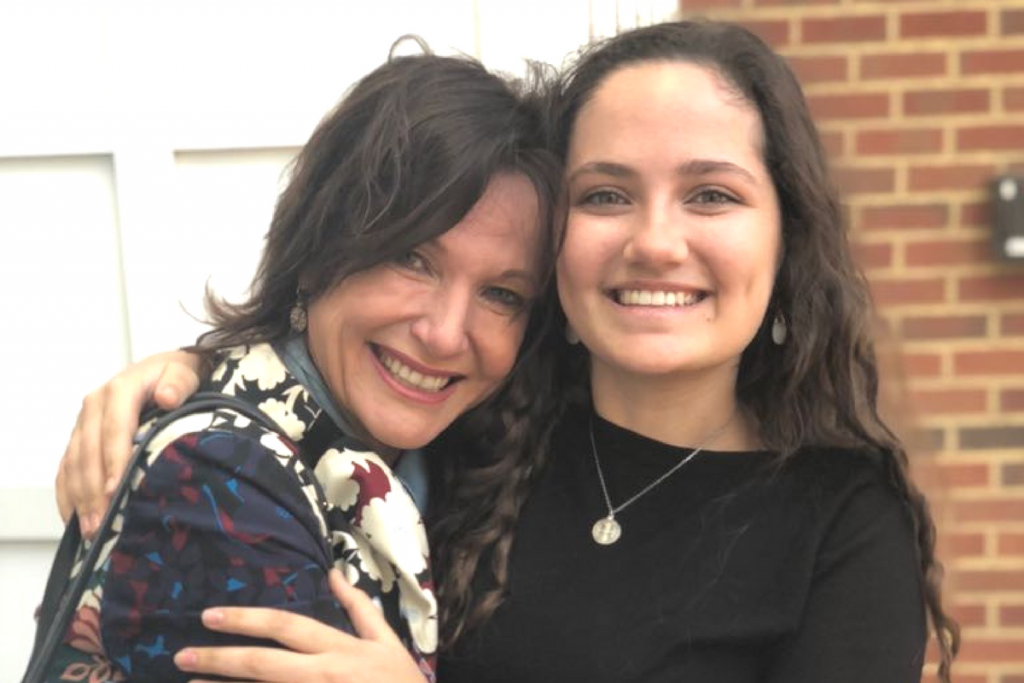 Maddy is finishing high school in Washington, D.C. We live in Singapore.

The shortest route to get to D.C. takes 24 hours, and we were already planning to be there a month later for her graduation.

“We’re so proud of her hard work, but unfortunately we won’t be able to make it,” I emailed back.

I then spent the next few days ruminating about it.

To give a little background, having my daughter finish high school on the opposite side of the world from me was never part of my plans. Far from it. Yet, after being told by his employer that my husband, Andrew, would be relocated back to the U.S. after our time in Melbourne, we decided the wisest thing to do was to move our two oldest children ahead to boarding school.

It was a tough decision, but it seemed like our best option at the time. Sacrifice now for benefit later, we figured.

And then Andrew was asked to take a role in Singapore.

Like I wrote in this blog post last May, “life is what happens when you’re making other plans.”

Having Maddy finish high school 10,000 or so miles away was not how I’d planned it. Nor was a visit to D.C. in late April, when I was already going to be in the U.S. twice in May. The first trip would be to speak at two conferences on each coast and the second to attend her graduation. Fitting in a third trip was, well, just too much, especially as I’m also speaking in China, Australia and New Zealand in May.

But still, I kept thinking about it.

Yet, three trips across the world in five weeks was a lot. Any reasonable person would agree. 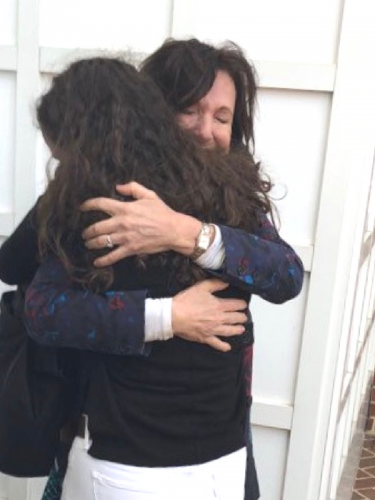 However, this nagging feeling that I’d regret not going the extra mile (or 10,000) just wouldn’t go away.

Five days before the assembly, I decided to end my rumination, reshuffle all of my commitments and, inconveniencing a few people, book my flight.

As I write this now, I’m sitting in Beijing airport, waiting to board the final leg of my trip back to Singapore after a wonderful, whirlwind – but totally worth it – weekend in Washington, D.C.

I will have spent more time in airports and airplanes than I did on the ground. But life is short, and some moments simply cannot be missed.

Which brings me to the point of this article…

His words struck a powerful chord with me (actually, they had tears streaming down my cheeks). Not only because I also backpacked across the Sahara at a similar age, but because they affirmed the decision that had led me to be sitting in the front row of the auditorium after 36 hours of travel to get there.

So, what is the deathbed test?

It’s casting yourself into the distant future, imagining yourself lying on your deathbed and asking what your future self would want you to do at the current juncture of your life.

To stay on the path you’re travelling now – complete with its comfort, certainty, status and security – or to take the road less travelled?

To go with the convenient, “default” option, or to dig deeply and to choose the path that feels truly right, despite the hassle and hardship it creates?

Let’s face it, there will always be many reasons to justify taking the easier path, sticking with the status quo and avoiding the possibility of failure.

Yet the longer I am alive, the more firmly I believe that living a life that nurtures our souls, and not just a short-term sense of comfort or security, will often require trading comfort for inconvenience, security for uncertainty, and going that extra mile (or 10,000!) when you can easily justify not bothering.

So what about you? As you think about the big decisions in your life, and perhaps a few of the smaller ones, are you currently on a path that puts you at risk of one day looking back and wondering, perhaps regretfully, ‘What if I’d tried?’

Alex S. Jones ended his speech by quoting from one of my favourite poems by Robert Frost. As I listened to him say that it had defined his life, I realized that it may well define mine also.

Two roads diverged in a wood, and I—
I took the one less traveled by,
And that has made all the difference.

PS: Just a month now until my Live Brave Women’s Weekend. Only three spots left so if you want to ensure you never look back and wonder “What if?” or “What else?”, I encourage you to join me!