My Message to Women on International Women’s Day: Don’t Wait For Courage! 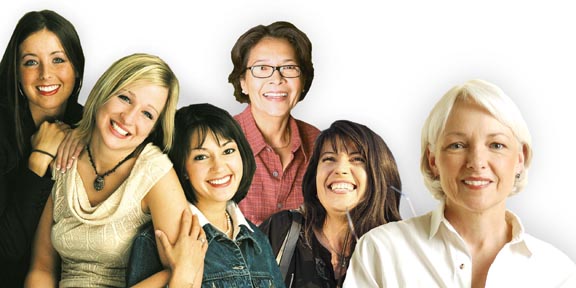 Tomorrow morning I am speaking at an International Women’s Day breakfast hosted by a leading Australian bank. As I start to prepare my notes I can’t help but still feel dismayed at the state of play for women globally here in the 21st Century.

Whatever data you look at, the statistics all show that we still live in a world where women are still trailing men in business, in government and, in some parts of the world, in a daily fight for survival. Of course there is no silver bullet to solving the economically and cultural complex and deeply systemic problems that have found us where we are today, still dealing with so many issues of gender inequality.

However, I feel passionate about challenging those of us women who live in the developed world, where we are blessed with opportunity and education, to own our power to affect change more fully.

Did you know that:

-> or that in the USA- where women are graduate college at a rate of 3:2 with men – 36% of companies still have no women on their boards?

-> or that in Australia women still earn over 17% less than men, taking into account experience, skill and hours worked?

I’ve worked with many hundreds (maybe thousands) of women over the last decade in the US and Australia. Smart women. Thoughtful women. Talented women. Educated women. Fabulous women.

While we are all different, the common struggle so many women have is with self-doubt.  We second-guess ourselves.  We underestimate ourselves. And we hold ourselves back by thinking we are less capable, and less worthy, and less talented, than we actually are.

But don’t just take my word for it. The latest study by the Australian Bureau of Statistics found that one of the key reasons Australian women are not as successful in business is a lack of confidence. It’s not an Australian thing, it’s a female thing.   Of course confidence has many dimensions, but at the core of self-confidence is a belief in our own intrinsic value, our own ability, and our own innate power to affect change.

There is no magical three-step formula for building confidence.  However, there are things we can do to over-come the self-doubts, fears and insecurities that fuel it.  I share many of them in Stop Playing Safe, but one of the most practical ways to build confidence, grow courage and affect change – starting in your own life and rippling outward – is this:

Act as though you already have it.  Start small, with one small step out of your comfort zone, building your confidence to take bigger, more courageous steps as you move forward.

Affecting the change  we want will happen when women like you and me decide to be bigger than our doubts, stop telling ourselves that we don’t have the power to affect change and start acting like the powerful women we were born to be. Stand tall, wear the smile of a woman who knows she is powerful and worthy beyond measure, and engage with those around you as the immensely capable, brilliantly fabulous and innately worthy woman that you truly are.  As I wrote in Stop Playing Safe, “Too often we think we have to feel courageous before we act with courage.  Not true! When you begin to act with the courage you aspire to have, you build more of it.”

It’s easy to think that what ‘little ole you does’ makes no difference.  But what if everyone thought that way? What hope would there be? Too little.

Right now there are things that you, and only you can do. Creating change in the family, workplace, community, society and world that you live in won’t happen by accident.  It will happen when women like you, and women like me, decide to be bigger than our doubts, stop telling ourselves that we don’t have the power to affect change and start acting like the powerful women we were born to be.

So this International Women’s Day – I wish you a new found sense of your own power, courage and ability to create change. Starting from the inside out.

If you’d like to read other “Courage Building” articles I’ve written for women, pop over to my Forbes column at Forbes.com/sites/MargieWarrell/