It’s not what you THINK you fear, it’s what you LINK to fear 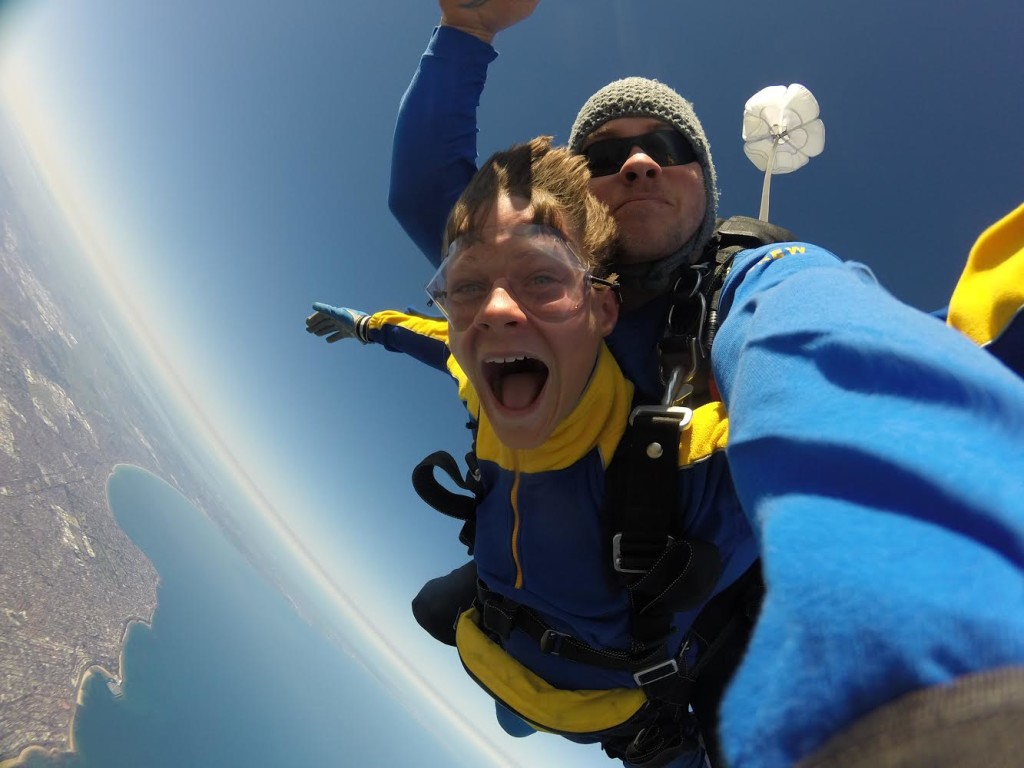 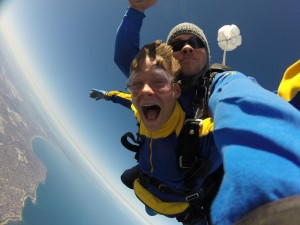 When I asked my son Ben what he wanted for his 13th birthday in August he pondered the question for about ten seconds before replying, “To go sky diving.”  While I was a bit taken aback I knew that given both Andrew and I had both been parachuting I’d be a hypocrite to say it was too dangerous.  Not only that, the reality is that there was more chance of us being killed in a car crash on the way to the plane than from him jumping out of it. So I parked my fears and focused on the excitement the lay in store for him.

On ‘jump morning’ as I was driving him to the drop-off point to sign 101 waiver forms meet the professional diver he’d be strapped to, I asked Ben if he was nervous.

“Nope.” I said, biting my tongue (because I sure as hell would be) and trying to divert my now wandering imagination from thinking about a failed chute.

An hour later, I sat on the side of the grassy landing field staring up into the blue sky and watching him twirl down to earth and land safely nearby. With his eyes wide and smile beaming off his face, first words to me said it all. “That was absolutely fantasmagorical mum. I want the exact same thing for my 4th birthday!”  What have I created?! I thought to myself and told him he was paying for the next one.

While Ben said he was terrified as they sat at the open doorway of the small plane just before jumping (he is, after all, a human!), his relative lack of anxiety brought home the reality of fear. That is, fear is a product of the thoughts we create; a projection of some future occurrence – something that has yet to happen, something that may be unlikely to ever happen.

It’s not the event or object that we fear that holds power over us; it’s our fear of it. Left unchecked, fear can set up permanent residence in our lives, and hold us stuck in one place with the grip of a vice. The more we relent, the harder it is to free ourselves.  It’s why so many people live their lives held hostage to fear, never doing what they truly want, or knowing who they truly are.  No foe or force on earth can rob us of our freedom as much as our self-created fear.

Of course, we shouldn’t caste fear as the ‘bad guy’ we want to eradicate.  It’s not. Like all emotions, its wired into our psychic DNA for a reason:  to protect us from danger and alert us to potential threats to our safety. Which is why, in culture of fear we have to be increasingly discerning about the fears we buy into, vigilant about not letting others fears become our own and mindful of the ubiquitous nature of fear that can keep us living on the sidelines, in the shadows, instead of taking the leading role in our own lives.

We suffer more from imagination than from reality

Monsters are real. Ghosts are real too. They live inside us and sometimes they win.
~Stephen King

The irony that most of the things we spend our lives afraid of never actually happen.  Our plane doesn’t crash. Our children don’t get abducted. We don’t contract killer viruses. The thing you fear might happen is not what holds power over you, it’s your fear of how you will feel if the worst eventuates. Sadly, in people’s efforts to avoid such (usually remote) possibilities they inadvertently create more angst, more heartache and more hardship for themselves than had they had the courage to risk outright exposure.  They also fail to build the self-efficacy, resiliency and ‘courage muscles’ needed to rise above the storm waves when they do arrive.

It’s not what you think you fear, it’s what you link to fear

I once read that we tend to be afraid of our feelings for the same reason we are afraid of ghosts. We can’t see them, we can’t catch them, and we can’t control them.  Consequently we go through life with a ‘feeling phobia’ – afraid to feel fully and confusing what it is we think we fear with what we link to fear. 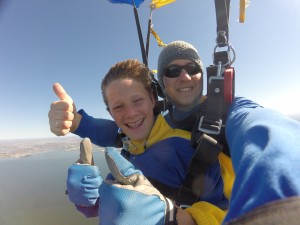 Own your fears fear lest it own you

Only by exposing fear to the truth, can you an dilute it’s strength and loosen it’s grip. What opens up in the place fear occupied is a whole new sense of freedom, and with it, possibility – freedom to live authentically, to speak truthfully, to pursue your most audacious dreams, to step away from the naysayers and toward a new future, however uncertain.

By asking yourself what the worst thing you fear may happen and then sitting in the place of it happening, you come to know that even if it did happen, which is unlikely, it would not kill you.  Rather you would introduce you to a yourself in a whole new and bigger to you. Accordingly, the more you face your fear and step right through the heart of it, the more you grow your faith in yourself and your courage for life.

You build your own brand of bravery every time you consciously choose to move toward what inspires rather than away from what scares you. It’s why I encourage my kids to do what inspires them, even if it scares them (and me!). It’s what Ben chose to do to celebrate his 13th birthday  (still not sure about the 14th!)   It’s what you are called to do every day of your life, in one form or another. By acting bravely in small ways when it doesn’t seem to matter so much is what allows us to build our courage for when it does.

It begins by asking yourself “What would I do if I wasn’t afraid?”  Then trusting yourself that whatever direction your answers beckons you, you have all the courage you need to travel.