When Bravery Doesn’t Pay Off 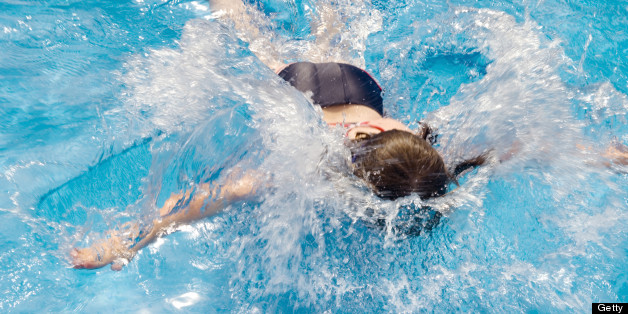 Yes, “Fortune favors the bold.” But that doesn’t mean every risk we take will be immediately rewarded. Sometimes when we take a deep dive out of our comfort zone into the water below, we land flat on our face. The question is, what to do when your best and bravest efforts fail to produce the results you’d hoped for?

My friend Tash runs a women’s financial advice company called Women With Cents. She’s done a few TV segments on financial literacy and budgeting which have shown women in the traditional female roles at home, wiping the kitchen benches, sitting at the dining table, and ‘keeping house’. She wanted to ask if they’d take footage of women outside the house but initially was too afraid to rock the boat. When they started arranging another segment, she mustered up the courage to see if they could film a woman outside the home setting. Just to mix it up and avoid the gender stereotyping which is so detrimental to women.

To her dismay, her request didn’t go down so well. In fact, the producer acted very defensively and brushed her off. It wasn’t a big thing of course, but as Tash shared with me afterwards, she felt a kick in the guts that she’d put herself out there, been brave, and that her courage hadn’t been rewarded.

Another friend of mine spent years trying to build a retail stationery business, going out on a financial limb to open retail stores in ‘hot spots’ and build a bespoke brand. Yet for various reasons, some well outside her control, it didn’t pay off and she lost her entire investment.

Of course, I have plenty of my own stories to tell of when being brave didn’t pay off. Many of which I’ve shared in previous articles so I won’t repeat them here.

What I’ve learned along the way is that when we take a risk which doesn’t produce the dividends we’d hoped for we can react in three core ways:

In the case of Tash, she didn’t realize how sensitive the producer would be to her suggestion. Okay, lesson learned. Producers aren’t always open to ideas so perhaps sound them out better before challenging their judgement in the future.

In the case of my other friend, don’t put all your chickens into one high-risk basket and be careful of the pitfalls of rapid expansion… among many other things.

The reality is that if there were no risk of failure or falling flat on your face when it comes to pursuing the goals that excite us, we’d all be doing it. It’s a fact that we do have to take a risk that our courage may not pay off that makes it brave in the first place.

Yes, “Fortune favors the bold” – but not every time and not always immediately, and sometimes, not as we expect. Sometimes the rewards come further down the track and land in our lap out of nowhere.

Like with Jackie, an academic friend who told me how, on my encouragement last year and reading a Forbes column I wrote about how women don’t ask (and how we can) had asked for a pay rise. She’d been told there wasn’t enough money in the budget. Not the response she was hoping for but well, at least she’d asked. Then, nine months later, the department Dean called her in to say she was getting a pay rise that was far and above what she’d ever expected to begin with. (We went out for a glass of French champagne to celebrate… her shout!)

Like I say, sometimes our bravery doesn’t pay off right away but, by simply having the guts to put ourselves ‘out there’, we are letting people know what we want and are committed to and often all sorts of opportunities can land in our lap as a result.

Let me finish by sharing something I wrote in Brave:

“In the end, all life is an experiment. The more experiments you make, the more you learn. We don’t fail by failing; we fail by never daring the attempt.”

Here’s to failing forward (and not feeling too bruised in the process!)