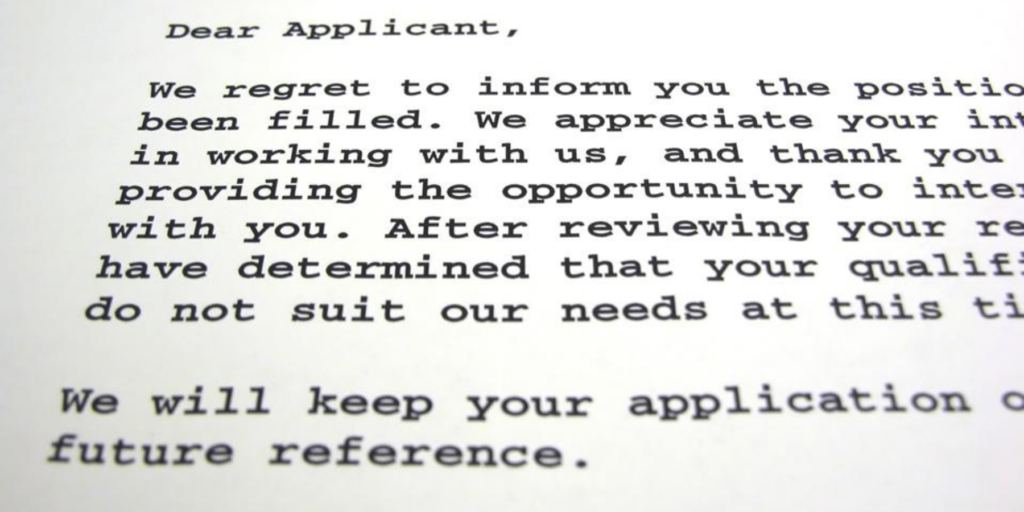 My daughter Maddy rang me last night while I was at dinner.

“I’ve missed out on another summer internship,” she said, her voice flat with disappointment. This was not her first “We regret to inform you” letterand chances are, it won’t be her last.

Tens of millions of people around the world have found themselves out of work or under-employed and feeling a little (or lot) disappointed over the last year. Yet whether you’re out of work or you’re simply working to get ahead, sooner or later you’ll be on the receiving end of a communication that makes you feel less valued than you’d like to be.

If you study history, you’ll discover that most great ‘success stories’ are also stories of great resilience, persistence and courage… of risking failure (repeatedly), pressing on in its wake, and not allowing the evaluations others put on them to depreciate the value they put on themselves.

Yet when we think of ‘successful people’, we often overlook their setbacks and focus solely on their most lauded accomplishments – the accolades they won, millions they made, mastery they accrued, or their final legacy and place in the history books.

For instance, did you know that early in her career, Oprah Winfrey was told in a job interview for a junior journalist position that she “didn’t have a face for television”? Or that as a young boy, Albert Einstein’s teachers thought he was “slow” (he did not read until he was seven) or that Zurich Polytechnic School rejected his application, deeming him not bright enough for their esteemed institution. Or that years later, upon arriving in America, he encountered regular antisemitism coupled with even more criticism.

And then there’s Walt Disney whose attempts to land a job drawing for newspapers racked up dozens of rejections. Several editors went so far as to tell him that he simply “lacked natural talent.” But on he pressed until one day, a sympathetic minister took pity on the young cartoonist and hired him to draw cartoons in a small, dirty shed behind his church. After spotting a small mouse run across the floor, Walt sketched it out. And on that day, Mickey Mouse was drawn into being.

But Disney’s story doesn’t end there. His concept to build a theme park that would be the ‘happiest place on earth’ was rumored to have been turned down over 300 times by bankers and financiers. All until one day when someone said yes.

Of course you might feel that you have little in common with the likes of Disney, Oprah or Einstein. On hearing stories like theirs’, it’s natural to assume that they “just got lucky” – that they were in the right place at the right time in history. Or that they were just exceptionally well connected, or talented, or intelligent… at levels far beyond your own.

Yet while they may have had a little bit of each, they could never have accomplished what they did had they internalized the assessments others made of them; had they over-personalized rejection or let their setbacks curb their courage.

Of course you have your own unique strengths, interests and aspirations. And chances are, at some point or another, you’ve felt dismissed or at least not fully valued by those whom you’d hoped to impress. Few among us haven’t.

However the good news is that you also have no less ability to rise above rejection or ‘bounce forward‘ from setbacks as anyone else.

My daughter Maddy, a junior in college in New York, has been trying to land an internship in the television and film development ever since her last one was canceled in March last year. After acknowledging what a bummer it was (she’d had her heart on the latest one) she lifted her spirits and said, “But don’t worry mum, I know this is just a ‘no for now, not a no for ever.’” Seems my independent minded daughter listens to me after all!

Maddy is acutely aware that she is but one of millions whose plans were turned pear-shaped as this pandemic slammed shut windows (at least temporarily) and disrupted industries. Yet amid the mayhem, disruption and uncertainty lay opportunities for cultivating different forms of creativity and building the resilience required for any worthwhile endeavor.

Ten years from now, when we look back on the unwritten decade ahead, opportunities that are not obvious now will be clear as day. And while I don’t know what they’ll be, I know this: only those who’ve risked falling short or failing outright will have seized them.

So let me put on my coaches hat for a moment and invite you to reflect on these questions:

The fact that Walt Disney’s concept for a theme park that would be the ‘happiest place on earth’ was rejected by 300 bankers and financiers before someone said yes or that Tom Brady was the 199th pick in 2000 NFL draft is sure evidence that sometimes people charged with assessing other people’s future potential based on their past performance have absolutely no idea.

When I interviewed Richard Branson a few years ago, we spoke at length about taking risks and learning to ‘fail forward.’ In recounting the launch of Virgin Cola, he shared said that:

“Every risk is worth taking as long as it’s for a good cause and contributes to a good life.”

I reckon that risking rejection in the pursuit of living a life that lights you up is a good cause.

I also reckon this:

You do yourself a profound disservice when you let the subjective evaluation others place on you depreciate the value you place on yourself.

In the long arch of life, people fail far more from protecting themselves from the sting of rejection than from outright exposure. So take a minute to get really present to what you are putting at risk if you don’t put yourself ‘out there’ and risk more rejection.

As I wrote in You’ve Got This!, you possess a unique combination of strengths, skills and expertise that enable you to contribute value to the workplace and world in ways that no one else can. Maybe similar to you but not the same!

Time and time again I’ve found that fear of being judged and found wanting holds people back far more than any external obstacle. It’s not the rejection itself that holds their potential hostage, but the emotions of unworthiness that it triggers from internalizing and over-personalizing it. The irony is that by avoiding the possibility of rejection, we reject ourselves long before anyone else has the chance.

So wherever you are right now in your career – starting out or starting over – the challenges you’re facing matter far less than the mindset you’re bringing to them. In which case, can you do two small things for me:

Will that risk the occasional emotional sting? Sure. You’re human.

But imagine the possibilities that would open up for you if you moved forward with the mindset that rejection is simply par the course for growing into your fullest potential and creating a life that lights you up.

As I said to Maddy… reframe each rejection as a sign that you’re in the arena and have the courage to try. All the while remember that if your plans always worked out just as you wanted, you wouldn’t be half the person you are today nor appreciate it when they do!