Your Failures Don’t Define You 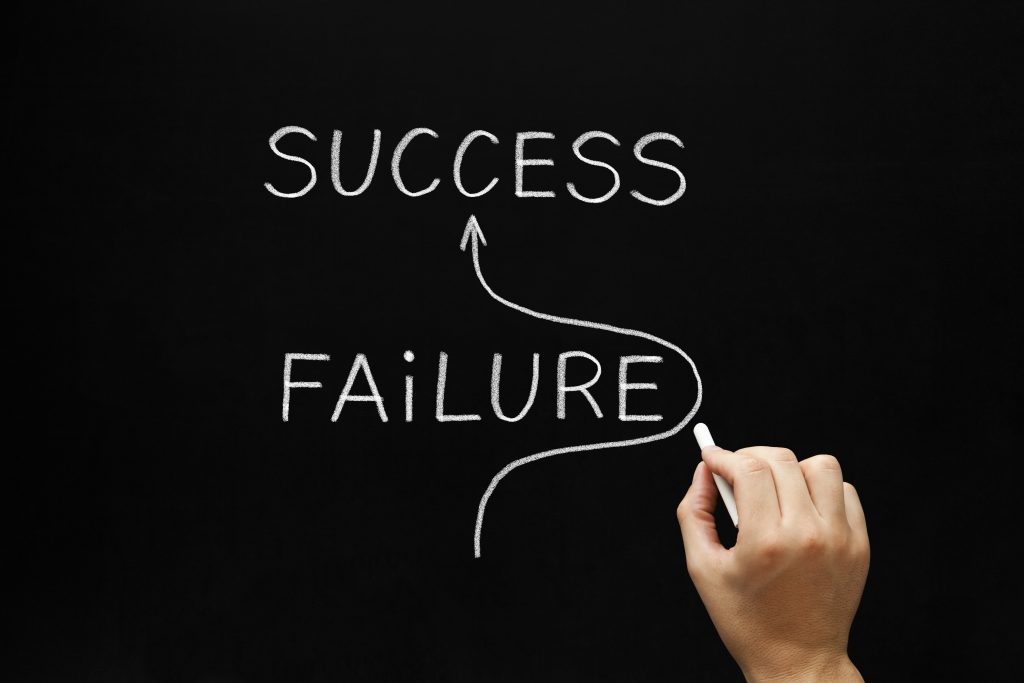 ONCE UPON A TIME, about one hundred years ago, a partially deaf four year old kid came home from school with a note in his pocket from his teacher. It read: “Your Tommy is too stupid to learn. We cannot have him at our school.”

His mother decided to teach him herself. Partially deaf and with only three months of formal schooling Tommy grew up to be Thomas. Thomas Edison. Yes, that Thomas Edison and that Thomas Edison would forever change how we lived and communicated. En route to one of his most famous inventions, he failed approximately 10,000 times before he succeeded in getting a light bulb to glow.

If you study history, you will find that all stories of great success are also stories of great triumph over adversity. But often we overlook the setbacks and only see the end success. We think the person got lucky: “He/she must have been at the right place at the right time.” Or maybe they were just really smart. Or talented. Or well connected. But that’s all bunk. While it may have been a little bit of each, what ultimately led to their success was their refusal to allow their setbacks and failures to define them.

As a young cartoonist, Walt Disney faced countless rejections from newspaper editors. He “lacked natural talent” they said. One day a minister from a local church took pity on the young cartoonist and hired him to do some cartoons in a small mouse infested shed behind the church. After seeing a small mouse, he became inspired to draw it. And so Mickey Mouse was born.

Even Oprah Winfrey, my very own hero, had her fair share of struggles and setbacks. But Oprah did not become one of the most influential women in the world by allowing others to define her, giving in to her self-doubts, or throwing in the towel when the going got tough. After enduring a rough and often abusive childhood in rural Mississippi, Oprah was fired from one of her first jobs as a television reporter, being told she was “unfit for TV.”  The rest, as they say, is ‘her-story.’

Of course you may feel like you have little in common with Oprah, Disney or Edison. But that isn’t true. You do. They were not born with some super human like resilience that shielded them from disappointment, self doubt or misgivings. They each had to wage their own inner battles with fear of failure as they worked hard to overcome the external obstacles that lined their path to success.

As Bill Marriott, chairman of Marriott hotels shared with me, you don’t succeed by avoiding failure. You succeed by trying and making mistakes and learning and starting over.

What distinguishes these people is that they did not become a victim to their failures. When they fell down, they got back up. And when people told them it couldn’t be done, they refused to buy into their lack of belief. Deep inside them they held on to one important belief:

Failure is an event, not a person.

There are things that you and only you can do. Things that will never be done if you do not do them. But any worthwhile accomplishment is going to call on you to trust in yourself more fully, to risk mistakes and reframe your failures as all par the course of what it takes you to succeed. Most of all, it will take stepping out of your comfort zone again and again, no matter how loud that little voice of doubt is screaming in your head to play it safe, turn back or give up.

How you choose to interpret your failures will either move you forward in life or hold you back. Every failure can be turned into a stepping stone to success. Every mistake is a lesson in what not to do. Every setback is an opportunity to dig deeper in to yourself, to access resources you didn’t know you have and to acquire wisdom you could gain no other way.

As I wrote in Brave, every story of success is also a story of risking failure again and again yet never being defined by it.

What story are your writing?

To help you live your bravest life and bounce back from the failures that line your path, please download: