Your Words Create Your Reality 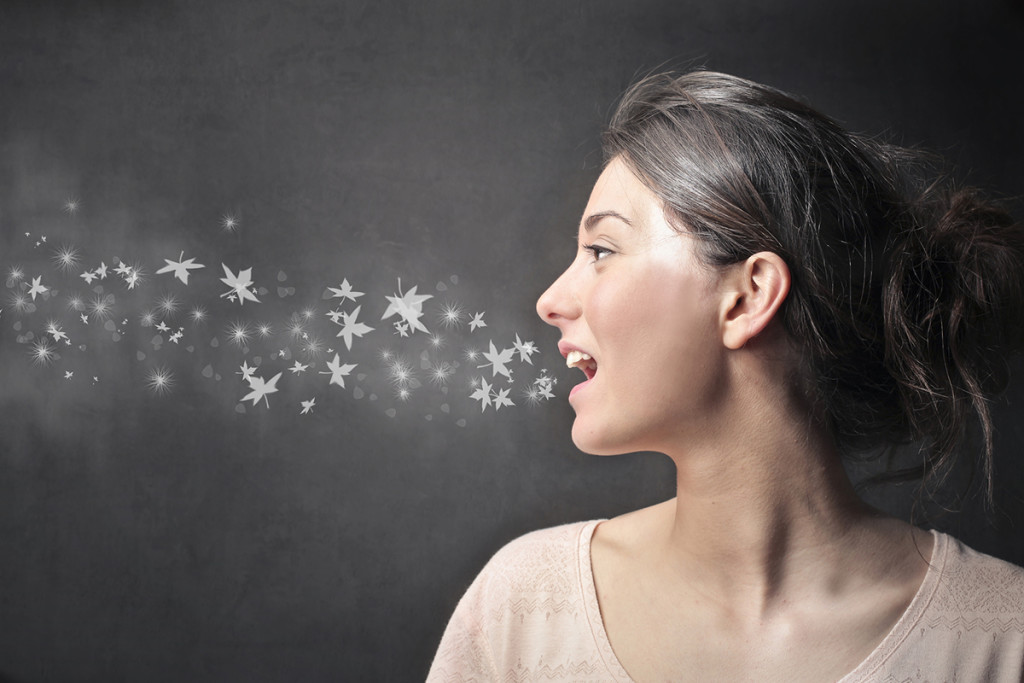 A woman recently came up to me after a talk to tell me how miserable she is in her job.  “But it’s been impossible for me to get a new job,” she said “There’s just nothing out there. Absolutely nothing.”

While I had no way to validate her situation my strong sense was that it wasn’t impossible and that there is something out there. She just hasn’t found it. Yet.

I encouraged her to stay positive and proactive. But I couldn’t help but think how easily words can create a self-fulfilling prophecy.

The words you speak hold power. Power to create new possibilities or to close them down. Power to build relationships or to damage them. Power to lift people up or to pull them down. Yourself included.

We often don’t realize just how impactful our words are – both on ourselves and others. If  we did, we’d do far less complaining! You also would never hear yourself saying things like “It’s impossible to…”, “I’m totally hopeless at…” or “I had no choice…” – all phrases which undermine your own power and limit your future in some way, albeit unintentionally.

Psychologists have found that our subconscious mind interprets what it hears very literally. The words that come out of your mouth therefore create the reality you inhabit. For better or worse. Unfortunately it’s often the latter as we unconsciously sabotage our success simply by using language that undermines our opinions, amplifies our problems and chips away at our confidence to handle them successfully.

The words that come out of your mouth create the reality you inhabit.

Whatever direction your words lead, your mind, body and environment will follow. If you use positive language about yourself and your ability to learn new skills, achieve your goals and rise above difficulties, then that’s what tends to show up externally. Likewise, if you’re continually saying things that affirm incompetence, echo hopelessness, nurture anxiety or fuel pessimism, then that will also shape your reality. It may sound fanciful, but over time your world will morph to mirror your words.

It’s therefore extremely important to be intentional about the words you use and speaking in ways that empower and expand rather than devalue and deflate.

The truth is that we possess far more power to affect positive change than we realize. Tapping in to that power starts with building self-awareness of where you are using what psychologists call “out of power” language.

To help you with that, in this weeks blog I’ve outlined five ways to help you speak more powerfully – in ways that build your confidence, grow your influence and improve your ability to achieve what you want and change what you don’t.

1. Reframe to what you want

What you focus on expands. So if you’re focused on the negative aspects of your situation, what you can’t do, or what you don’t want, it only amplifies in your reality, triggering more negative emotions and diverting your energy and attention from taking more positive action.

• If you want more time, talk about the important things you will schedule into your day-week-year (not about how time poor crazy-busy you are.)

• If you want more success, talk about your goals and what you’re doing to meet your challenges (not about how big your problems are).

• If you want more power and influence, talk about what you’ll do with the influence you already have (not about how no-one takes you seriously or railing at authority figures for abusing their power).

Use words that resonate both commitment and optimism. Instead of “I’ll try” say “I will.” If President Kennedy had said, “Let’s try to get a man on the moon,” we’d probably still be trying.

Committing with a confident can-do spirit totally shifts the energy you bring to a challenge and helps rally people around you in ways that trying and ‘let’s hope for the best’ wishful thinking never will.

Words like always, never and impossible can be dangerous and disempowering. Saying that something is “impossible” guarantees you’ll never find a way. Just because you have never done something up until now doesn’t mean it can’t be done.

Devaluing your opinion serves no-one and deprives everyone of the value your perspective brings.

Psychologists have coined the term “double voice discourse” to explain the phenomena where people preface what they have to say to avoid any negative reaction.  For instance, “I know I may have this all wrong and apologies if I anyone disagrees, but I was thinking, maybe, ….”

It’s little surprise (to me at least) that women, who tend to doubt themselves more and back themselves less, are four times more likely to do this than men. So if you are one of them, stop it! Devaluing your opinion serves no-one and deprives everyone of the value your perspective brings.

Of course changing habitual ways of thinking and speaking isn’t something you can do overnight. However, neuroscientists have found that with repeated practice you can rewire your brain and replace negative patterns of thought and behavior with positive ones. How you speak included. And when you slip up, don’t beat up on yourself or label yourself a ‘lost cause.’ That’s exactly the sort of thing you’ve got to stop saying. Rather, accept you’re fallibility, and refocus on whatever it is you do want, and can do.

Kick start your efforts by asking your favorite three people to call you out each time they hear you speak in ways that lack power or positivity. It could be the most powerful thing you do all year!