What the Japanese can teach us about courage in crisis 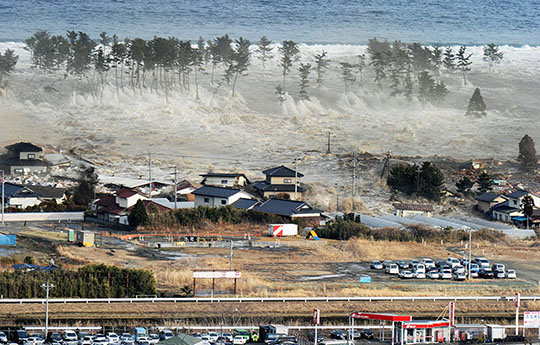 Courage and honor lie at the very heart of Japanese culture. And amidst one of the most catastrophic disasters of modern times we have seen it shine through in the most inspiring ways.

The immensity of the disaster is still incomprehensible to me. As I sit in my comfortable home watching TV footage of what were once ‘homes’ to thousands of others being decimated by a devastating tsunami I am left with not only extra-ordinary compassion, but also with a sense of disbelief. And if I am honest, an element of gratitude that it is me. Four trains, including a bullet train with 400 passengers, have simply disappeared from the face of the earth. Four nuclear reactors are in various stages of meltdown and electricity blackouts roll out across the nation of nearly 130 million people. Fear of radio active exposure grows steadily by the day.

Thousands upon thousands of Japanese are spending today with very limited rations of rood and water. At night, as the temperatures drop below freezing, they live in temporary shelters. They have no idea how long they will be there. And over the last few days thousands of bodies have washed up upon the shores. Bodies of people who only a week ago were going about their lives. It is only reasonable that those left behind are yet to fully comprehend what is so incomprehensible.

Yet amidst the destruction, the growing fear of nuclear radiation, and tragic loss of life, the Japanese have continued to display extraordinary calm, courage and dignity.  There have been no reports of looting as we have at times witnessed following other catastrophic events.  Scan the web or the TV and you will not find any video footage of drunks, bullies or people fighting over meager resources. What you will see are people standing in lines for hours, calmly waiting their turn to get whatever share of the limited supplies there are. They take care of their elders and show deference to those who need extra help. To each other, they are civil and polite. Their dignity in the presence of disaster is both humbling and remarkable and it holds a powerful lesson for us all.

The behavior of those in Japan shows us that it is not what happens to us that matters, but how we choose to respond to it. Taking personal responsibility for our own behavior while respecting the needs of the larger community to which we belong is important always. But in a crisis, much less one of this magnitude, it is crucial.

And while you might feel like you don’t share much in common with those whose lives have been turned upside down in a country thousands of miles from your own, I challenge you to think again. They are mothers and fathers, sons and daughters, brothers and sisters, just like you and I.  Many have lost everything they own. Some have lost everyone they love. And while we cannot begin to imagine the depth of their loss or grief or shock, what we can do is consder how we can resond with greater dignity, courage and calm to the challenges in our own life.  That, and dig into our pockets and support those organizations who will be helping these people rebuild their lives… even if not in the same place or in the same way they were before.

What the world may best learn from the great Japanese earthquake and tsunami of 2011 are simple concepts with names like courage, resilience, honor, dignity, civility, optimism, hope and generosity of spirit.  May their example inspire us to live with a little more ourselves.

If you haven’t given already, I urge you to do so now through one of these organizations below.