Are you stuck in default mode? Why flexibility is so crucial in the game of life 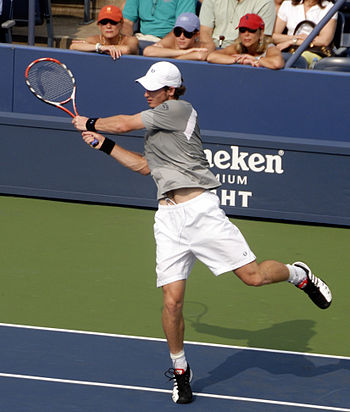 Last night I went to the Australian Open. It was inspiring see top seeded players like Victoria Azaranka and Andy Murray move about the court. Their strength, their speed, their agility, their determination, their sheer endurance… particularly in the blazing heat that has enveloped Melbourne over the last week. (Over 43C/115F several days this week!)

One thing that has always struck me about the worlds best tennis players (and frankly, all top athletes) is their masterful repertoire of strokes and manouvers. Not only do they serve brilliantly, but they must also slice, smash, lob and volley brilliantly. Sure, they each still have their favourite shots, those they can execute better than any other player—Serena Williams’s power serve or Roger

Federer’s one-handed backhand, for instance—but they know that a brilliant backhand or killer serve isn’t enough. To be competitive on centre court against their top-ranked opponents, they have to be strong across the board.

While most of us don’t aspire to being professional tennis player (I decided after last years open to take it off my list), the same principle applies to winning in the bigger game of life. The more options you can draw from in how you respond to the curve balls that come your way in life, the better outcomes you will ultimately create.

Indulge me for a moment if you will.  Try crossing your arms right now as you read these words. Then try crossing them the opposite way. Harder than you thought, isn’t it? We’re all wired with automatic reflexes, responses and decision-making strategies when faced with seemingly familiar information or stimuli. This enables us to be more efficient. However, you can become too reliant on the same default ways of responding.

We all have our default style and approach of getting things done, solving problems and adapting to new circumstances.  Responding with flexibility and agility in our rapidly changing world requires an ongoing trade-off between your naturally preferred way of responding to a challenge and a way that isn’t as easy or comfortable.   As I wrote in Stop Playing Safe, “For every strength you possess, there’s an opposite strength or trait that balances it out.   But if you always approach your problems and challenges in the same default way, you won’t always approach them in the best way.” Sometimes you will respond to them outright ineffectively. Agility and flexibility is the name of the game.

Read through the list below and take note of the way you tend to respond to the changes and challenges in your life. What is your default preference? Consider how responding with its counter opposite may, on occasion, be more helpful to you, enabling you to be far more effective in achieving the result you want. Just because one way of approaching things has generally worked for you in the past, doesn’t mean it will work for you now. Responding well to change requires pulling from the full spectrum of emotional and mental alternatives.

Just as there is not just one way for Novak Djokovic to respond to the serve of Andy Murray, there is not just one way for you to respond to your challenges and opportunities alike. There are many. It’s just that some will produce far better results than others.  So the greater number of options you can draw from, the better your chances of producing an optimal outcome versus an ordinary one.

Look at the most successful people you know and you’ll notice that when it comes to change and challenges, they aren’t stuck with a single default way of handing it. So, if you’re feeling some grief right now, while it’s comfortable to approach your challenges in the same way you have done so many times in the past, if you’re finding yourself with a recurring challenge, consider how approaching it in a different (albeit less comfortable and familiar way) way may produce a better outcome, open better up opportunities and ultimately, help you get ahead with less angst and more fulfilment.

If you’d like to watch a short video I made about how to handle change better, here you go!