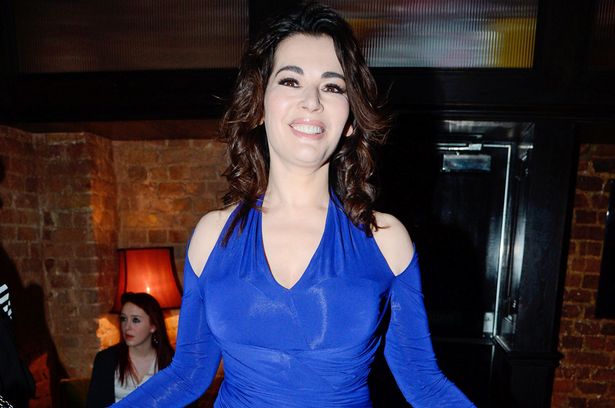 I don’t know what has gone on behind closed doors in Nigella Lawson’s marriage. However given the images that have been plastered on papers and internet sites around the globe over the last 24 hours, I’m guessing we only saw a fraction of what’s happened out of the public eye.

Obviously millions of people find it confusing, perplexing and outright incomprehensible how such a smart, successful and seemingly self-assured woman would find herself in such a seemingly abusive relationship. While no-one knows the truth of anyone else’s relationships, what is certain is that there are many reasons that all intertwine to explain why people stay in abusive relationships. To try to simplify it is unfair on those who are victims of such abusive behavior.

That said, at the core of all domestic violence is an unwillingness on the part of those who are on the receiving end of the abuse to say “Enough. I refuse to tolerate this.”  For whatever reasons, they assess the cost or sacrifice they will have to pay in leaving the relationships is too high. And so, because they tolerate it, it continues. And most the time it only gets worse. Over time it becomes almost ‘normal.’ The bar of what is acceptable is lowered, and lowered, and lowered. Over time, behavior that at one point may have seemed wholly reprehensible becomes familiar. A pattern is created, a position of all-powerful and all-passive is cemented, self-respect is lost and on it goes. For years, for decades.

The latest headlines inform us that Nigella has packed her bags. I hope she has. I also hope she has decided that this time was the last time and that no matter how difficult, no matter how hard, no matter how unfamiliar her future will be from her past, that she will figure it out. One day at a time. All the while she will discover new reserves of courage, resilience and strength she never knew she had.

I have enormous sympathy for her. I also have enormous faith in her. And I have great hope that she will help other women see that they are not alone. That even a woman as famous, and rich and seemingly strong as Nigella can find herself tolerating the intolerable.

While the future may be looking very uncertain for her, one thing is not. That the pain in her private life is now in the public domain and that millions are cheering her on to be the strong woman we’ve always seen her to be – not just in the kitchen, but in her life beyond it.