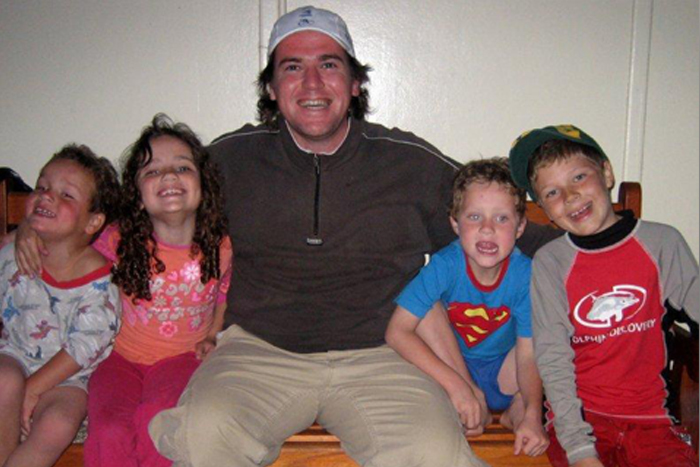 As I awoke this morning I remembered it was my brother Peter’s birthday. He would have been 35 today. The last time I spoke to him was on his 31st birthday… four years ago today.

I remember trying to call him. I was at home in Virginia. He was in a psychiatric hospital in Sydney half a world away.  I remember when I finally got through to his ward and a fellow inpatient got him to come to the phone saying Happy Birthday Pete. As the words came out of my mouth I knew there was very little happy about it. This wasn’t the first birthday Peter had spent in a psychiatric ward. He woke up on his 21st birthday in a psych hospital ten years earlier.

In the previous ten years Peter had developed a severe case of paranoid schizophrenia.  While there were times when he wasn’t doing so badly, over the years they grew shorter and further in between.  And each time he descended into tormented madness, he never quite got back to his former best.

All the while the dreams and ambitions that my tall handsome brother Pete had held for his life gradually disappeared, replaced with despair, shame, paranoia and ultimately, complete hopelessness. I’ve often thought how glad I was that back in 1999 when Peter went psychotic for the first time that none of us knew what lay ahead. I don’t think any of us – my mum or dad or five other brothers and sisters – could have coped knowing the agonizing heartache and absolute anguish that would come.

When Peter took his life on April 2nd, 2010, it was because he had given up any hope that life would ever get better. While none of us liked to admit it, we all had. His medications had minimal effectiveness to quiet the demons the tormented him day ad night.  Formerly a superb athlete, Peter had become quite overweight, unfit and slow in his speech, reactions, and movements.  He’d lost much of his former charm and wit, of which he’d had plenty.

As I spoke to Peter that last time, he asked about my kids. He always loved to hear how they were, particularly Lachlan who, like Pete, was passionate about his basketball.  He knew he’d never be a star on the court again. He knew he’d never star at anything again. He was well aware of the giant chasm between the life he was living and the life he’d once dreamt of. Seeing old school mates and friends was too painful. Shame and humiliation were his constant companions. 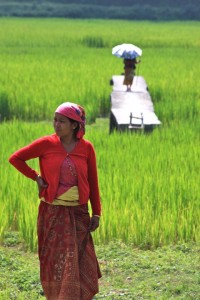 While Peter wasn’t always easy to love during his illness he was always so loved by his family. He was living with my sister Pauline and her husband Mark and their three children when he decided to leave this world.  And while we all grieved his death, what we grieved most of all was the life he never got to live.  The one comfort we had was that Peter no longer suffered, that at last in death his mind could find the peace it could never find in living. We also knew that he always knew we’d never stopped loving him, even when he was at his most unlovable.

Mental illness carries so much stigma. Too much stigma. While there is no shame taking a time off work after a bout of pneumonia, sharing that you have a mental illness is still an act of profound courage for the judgment people expose themselves to.

I have been blessed not to suffer from mental illness but I have lost dear friends and my dear brother to it, and have seen the suffering it can cause for those around them. Sharing Peter’s long tormented struggle with a bumper dose of paranoid schizophrenia has made me incredibly compassionate toward all who suffer from any illness that messes with people’s minds, torments their lives and creates immense anguish and heartache for all who care for them. Compassionate for those who try to support them too. It is a heavy cross for all.

Next time you hear of an innocent person who is murdered by someone with a mental illness, I would love you to think about the perpetuator not as the brutal heartless villain, but as a victim also.  While Peter never killed anyone, when his illness was in overdrive and he was truly ‘out of his mind’ he might have.  I will be forever grateful Peter, nor my family, ever had to take on the additional burden of such a tragedy. Grateful for everyone else in the world too.

POST SCRIPT: My youngest sister Cath shared the above post with my mum today, and mum sent me the email that follows. I share it with you here with my beautiful mum’s blessing as I know her faith and courage will touch and lift you as it has touched and lifted me.

Thank you for honouring our  beloved  Peter so beautifully on his birthday, and sharing the reality of the terribly devastating illness that he suffered from.

Time is truly a healing gift in life, and I thank God for it being so, as unending sadness and grief must be  too enormous a burden to carry for a life time. We carry now a life time of love  and laughter , of pride and generosity, of hope and hard earned knowledge and experience, all shaped around our dearly loved son and brother Pete.

Sometimes I begin to think along the  “If only we had known or understood sooner ” line, but,  as you have already written,I don’t  think I/we could have coped or believed that Peters journey would be so awfully hard and sad.

So today I remember the gift of Peter to Ray and myself and to his loving, laughing, teasing, annoying, thoughtful and always very close six  siblings. I thank God for all that the gift of Pete brought to our lives… that love can bear all things, that love never gives up hope,

and that love never dies.   I believe so surely that Peter remembers and loves us all,and rejoices in the Gods peace.

Here is a video made for Peter’s funeral. Other links to related articles are also listed below.