Lessons from the BP Oil Spill 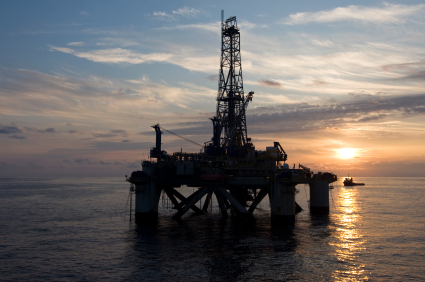 You’d have to be living in a cave the last month not to be aware of the growing environmental disaster caused by an explosion on a BP oil rig in the Gulf of Mexico. Having a long-held fondness for the company that gave me my first “real job” as a Graduate Trainee in their Australian head office, I couldn’t help but feel some level of sympathy for my old colleagues who still work for BP. Having your company dragged through the mud in the media, even if it is for good reason, is not an enjoyable experience.

It’s been many years since I playfully fought my then-boyfriend (now husband), who worked for Mobil Oil, about which gas station we should fill up in (me claiming BP’s were far more attractive, him convinced that Mobil’s were better quality underneath the glam). It has also been many years since BP transformed those initials from British Petroleum into Beyond Petroleum… ah the irony.

Of course none of us are yet certain about the exact chain of events that culminated in the explosion in the Gulf of Mexico last month. What I am fairly certain of is that there was an absence of effective leadership, communication and accountability. I also think there are valuable lessons we can all take from this situation and apply in our own workplaces and relationships.

We humans share an instinctive desire for self-preservation and an innate aversion to situations that might be emotionally uncomfortable. In an organizational setting this can drive employees to “play safe” and avoid crucial conversations about issues that put them at risk of confrontation or ruffling feathers. And if they assess that doing so might jeopardize their position or future opportunities they will be even more reticent to choose the courageous path of speaking up over the less risky one of silence.

But as I’ve said before, the quality of our conversations directly impacts the quality of our relationships and the quality of the results we achieve individually and through our collaboration with others. The absence of crucial conversations about valid issues of concern in any organization, from large global corporations right down to the family unit, can have far-reaching consequences. Concerns that aren’t talked out, contentious issues that aren’t thrashed out and substandard behavior that isn’t held to account rarely (if ever) improves of its own volition. Rather, left unaddressed, issues fester; poor performers grow poorer and flawed decision-making criteria declines further.

People in positions of formal leadership carry a responsibility for nurturing a culture that encourages open and respectful communication coupled with a collective commitment to excellent and ethical behavior (regardless of cost or inconvenience). That said, all members of an organization, regardless of rank or title, have a personal responsibility for contributing to an environment where people can speak up without fear of recrimination and where accountability for one’s performance is expected and not skirted.

Who is to blame for the millions of gallons of oil floating around in the Gulf of Mexico today? Though BP did not actually own the rig they were using (under lease from Transocean), certainly blame is being laid squarely at the feet of BP’s CEO, Tony Hayward. Such is the risk and responsibility that accompanies senior positions of leadership. However, I firmly believe that it takes far more than one person to be negligent in fulfilling their responsibilities for a system failure of this magnitude.

In any organization every individual must take personal responsibility for the impact their actions (or lack thereof) have on the organization as a whole, however relatively insignificant they may seem.

Whether you work in a large organization, run a small business, or are a stay-at-home mum, I invite you to reflect on the following questions and extract valuable lessons for yourself from this environmental catastrophe.