Lance Armstrong: A Human Lesson from a Fallen Hero 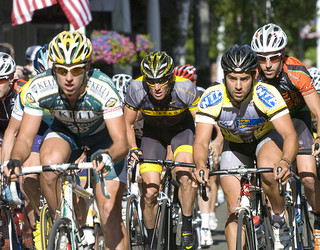 (Reprinted from my CourageWorks column in Forbes magazine)

None of us are immune to the same temptations that Armstrong succumbed to. As self-serving, deceitful and cowardly as his behaviour has been, it’s also very human.

The discovery of Lance Armstrong’s drug cheating last year was shocking for many people, and devastating for some.  When he finally admitted it to Oprah, it did little to shift how most people felt about him. Except, perhaps to hold him in higher contempt.

While I’ve watched the sudden, dramatic and steep descent from the pinnacle of athletic glory, I’ve felt it’s an immense shame that Armstrong’s extraordinary determination and courage has not been matched by character and principle. His lack of integrity has wounded us all. He deserves no sympathy and it seems unlikely he’ll get any.

I often write and speak about courage; about the importance of challenging your assumptions about what is possible for you, and daring to pursue lofty goals that inspire you.  Armstrong did both brilliantly.  However, if your bold actions fail to align with what you know is right, your efforts will ultimately come undone. You don’t have to look too far to find other examples of high-achievers whose lust for power, prestige and profit has over-rode whatever principles they may have initially set out with. I doubt Armstrong ever set out to deceive the world on the scale he ultimately did; to rely on cheating to claim his string of victories. Rather I suspect he found himself sliding insidiously down that very slippery slope we can all find ourselves on when we first decide to give in to the temptation to surrender self-respect for self-interest, albeit perhaps in more mundane ways, in our own lives.

Anyone can criticize Armstrong for his lack of character, his lust for the yellow jersey, his willingness to lie, deceive, cheat, bully and revel in the glory that he robbed from those who truly deserved it.  But as I wrote above, none of us are immune to the same temptations that Armstrong succumbed to. As self-serving as Armstrong’s behavior has been, it’s also very human.

It’s easy to do the right thing when the right thing doesn’t cost or inconvenience you in any significant way. It’s not as easy when it requires giving up something that you value: time, recognition, money, power, prestige, information, opportunity or some other material or psychological pay-off.

So let me ask you:

While you may never have cheated on the scale that Armstrong did, most of us are guilty of cheating ourselves in some way – disregarding what we know is right or true – or cheating others of the acknowledgment they deserved, “forgetting” to cut them their fair share of the pie, or hiding information that could have served them.

If his expulsion from the athletic hall of fame  – and all the ugly legal and financial fall out we’re bound to witness in the months and years ahead – has something of important value to offer, it’s that no amount of bravery or brilliance can ever compensate for a lack of character or integrity. Your commitment to playing a bigger game in your life must place doing what’s right ahead of doing what’s convenient, clever or courageous.

It’s easy for us all to sit back in our righteous chairs and judge Armstrong as a flawed and failed human being. But what will serve the world much better is to focus your attention on what you can do differently to make yourself a better one. No doubt Armstrong could well spend a bit more time doing that also.

As I’ve written about in my upcoming book Stop Playing Safe: “Alignment of bold action with right action is the foundation of everything successful.” It may sound like an idealistic belief, but if you judge success by how well you sleep at night and how little you have to hide from others, then it’s true.