Holding a grudge? How to let it go (for your own sake!) 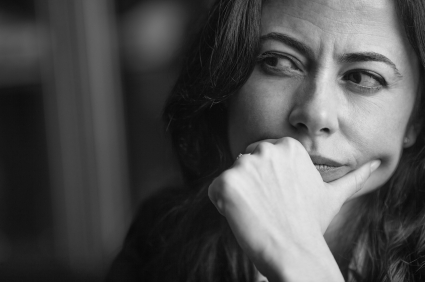 When someone has wronged us in some way, there is something self-satisfying about holding a grudge toward them. It helps quench our desire for justice, for getting even. After all, they don’t deserve our forgiveness; they may not even be asking for it. Why on earth then would we descend to give it to them?

But as much as it might feel like we are selling out on the pain someone has caused us, refusing to let go our anger hurts us far more than anyone else. In short, holding on to a grudge isn’t good for you. In fact, there’s a growing body of research showing it can profoundly harm your health – suppressing your immune system, raising your blood pressure, creating digestive issues and increasing your risk of heart disease.  Like I say, ‘not good.’

Deciding to let go a grudge is an act of self love & respect. It’s not about letting someone off the hook, it’s letting yourself off.

I know I run the risk of sounding like a preacher woman when I say that it’s vital to forgive those who you feel have wronged you, but risk it I will.  You see, forgiving others isn’t about them; it’s about you. Holding on to anger can weigh you down no less than walking through life with a lead ball and chain around your ankle. The act of forgiveness is about deciding that you no longer want to carry the weight from a past event in to your future. It’s about declaring that you love yourself more than you loathe another human being.  And it’s about extracting the learning, but leaving the anger behind.  It simply no longer serves you… if it ever did.

Of course forgiving someone who has done something really terrible can be extraordinarily hard. Very often it is often not a one-time event, but an ongoing commitment not to dwell on what can never be changed and to focus on building a life not defined by a past.

Practicing compassion toward those we are angry toward can be incredibly helpful. Of course, trying to understand some of the reasons someone may have acted as they did does not excuse their actions. However, simply trying to imagine how desperate, insecure, misguided, or fearful must they have felt can help to release the stranglehold that anger, indignation, and righteousness can have over us. If nothing else, just imagine what it must be like to wake up every morning in their shoes. The gratitude that thought often evokes can help to displace any grudge you’re holding.

Accept your own fallibility

Practicing compassion for ourselves – learning to accept our own fallibility, fears and insecurities – can also help us avoid us both in letting go grudges and getting them in the first place. When we refuse to give ourselves permission to be the less-than-perfect creatures that we are, it’s impossible to forgive others for their faults and failings. Likewise, it is far easier (albeit never ‘easy’) to forgive others for their mistakes, dishonesty and selfish actions when we have forgiven ourselves for ours’.   As Thomas a Kempis once wrote: “Be assured that if you knew all, you would pardon all.”

Forgive but don’t even try to forget

Of course forgiveness is not forgetting; it doesn’t imply that things can ever be as they once were. Nor should it. There’s a distinct different between reconciliation and forgiveness. One restores a relationship; the other simply helps us to move on without bitterness.  We may have been hurt deeply, our trust broken, our loyalty betrayed, and our expectations dashed. So we learn to reset expectations, trust more discerningly, and accept that sometimes even those we can expect the most from are no less fallible than those from whom we expect the least. Forgiving does not mean we pretend nothing hurtful ever happened. That serves neither us or the person we have forgiven.

Be bigger than any wrongs committed against you

Mahatma Gandhi once said, “The weak can never forgive. Forgiveness is the attribute of the strong.” It is also the mark of the brave. It takes courage to forgiven, but in doing so we free ourselves from the burden of anger; from that which can ultimately hurt us far more than it hurts those we refuse to forgive.  It releases the power the offending person has held over our hearts, our lives and our future.  Doing so not only releases new energy into our lives, but it creates new mental and emotional capacity to enjoy all that is good in our world.  All the while it strengthens our heart, our immune system and literally add years to our living.

In the end choosing to forgive is making a declaration to yourself and the world that you are bigger than any crime any person can ever commit against you. Yes, your wounds may form and shape who you are, but only you can decide whether to let them define who you will become.  And what I know for sure is this: you have all the courage within you to do just that.

If you think you might need some more help, I invite you to do this exercise from Find Your Courage,  which you can download here.