Do you act BIG when others act small? 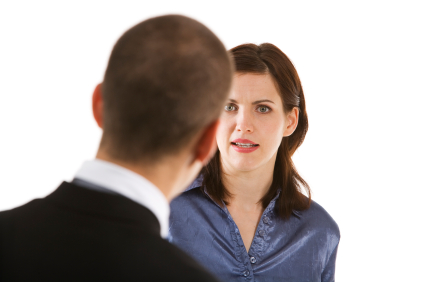 Do you ever deal with difficult people who seem to be unnecessarily hostile, petty or offensive? Ever find yourself wanting to dish out your own snide remark or act in a way that you know is childish? Go on, admit it, of course you do! We all find ourselves, on occasion, feeling tempted to act in ways that are “small,” particularly when there is someone who seems to be acting that way with us.

It’s inevitable throughout life that there will be people who, at times, leave you feeling wounded, under attack, deflated, disappointed or just angry. Anyone come to mind? Regardless of who it is, or why they upset you, or how much you believe that they are in the wrong (and you in the right!), these people all have something important to teach you, offering you a truly valuable opportunity to evolve into a bigger, wiser and more powerful person. Here are four things to keep in mind next time you are confronted with such a person.

1. It’s Not About You
When someone acts in a way that violates your sense of right and wrong, it’s likely you find yourself wondering, “How could that person be that way? Why are they so offensive, mean-spirited or manipulative?” Why so indeed. They behave that way because something inside them is driving them to be that way; they get a “pay off” from it on some level — conscious or not. It’s my experience that unresolved feelings of hurt, fear and inadequacy lie at the core of it all. After all, no one who feels truly good about themselves has the need to lash out at others, be harsh in their judgments, stinging with their words and hurtful in their actions.

So when someone behaves in a way that you find hurtful or offensive see it for what it is:  a huge whopping statement about how they feel about themselves. We all come across people in life with a strong need to prove their superiority — whether intellectual, moral, societal, financial or otherwise. But as I’ve discovered over the years, those people who are genuinely content with themselves (albeit still striving to do better) have absolutely no need to put others down nor to assert their superiority. After all, a superiority complex is really just an inferiority complex in disguise.

So please don’t take other people’s words and actions too personally. It says so much more about them — their fragile self-esteem, negative emotional state and narrow world view — than it does about you.

2. Two Wrongs Don’t Make A Right
When I was growing up, and fighting with my siblings all the time like most kids do, my mum would always be reminding me “Margaret Mary, two wrongs don’t make a right!” Though it didn’t feel that way at the time, experience has taught me that hurting someone for no other reason than “They hurt me first” never produces a positive outcome. The truth is that just because “they” hit below the belt doesn’t make it right for you to do the same. Sure when someone comes at you with the intention to wound, it’s a pretty instinctive to react by wounding them back. But here’s the thing:  when you choose to lower yourself to the same level of behaving (and it is a choice!), it serves nothing more than your pride and ego. And even then, it’s only a temporary hit for your ego as pretty quickly the situation will spiral down to the next level and your behavior will need to descend with it in order to mount your counter attack. Allowing others’ behavior to determine your own takes a profound toll on your self-worth and diminishes your sense of personal power. To para-phrase Gandhi “Be the change you want to see in others.” Not always easy to do, but always a powerful statement to make to those you are dealing with.

3. Be Compassionate
As human beings, we are always trying to do the best we can. Sure some people’s best efforts may seem to be mightily misguided from where you stand, and yes, some people seem to struggle at lot more when it comes to managing their emotions, maintaining relationships and interacting with the world around them. You can curse them. You can abuse them. You can “spit the dummy” (an Aussie phrase meaning to completely lose it!) and let them know in no uncertain terms that you think they have a very warped view of the world, that they are a complete loser, a control freak or a narcissistic demon who should burn in the fires of hell (. . . okay so I’m getting carried away). But what if, instead of reacting to their negativity, you could meet them from a place of compassion — for the suffering that is obviously fuelling their negativity and miserableness? Guy Finley, a colleague in the field of personal development wrote that “real compassion lies in our ability to remember that any angry, resentful person is usually just someone who can no longer bear the weary weight of his or her own concealed despair.” The fact is, people who are mean, aggressive, controlling or greedy are acting that way because fear, scarcity and anger dominate their emotional landscape. That can’t be much fun can it? Now I’m not saying that you should tolerate their bad behavior (far from it — setting boundaries with people who violate yours is important for your own well-being and self-respect!), BUT I am saying that it can be really helpful to you to try to feel compassion for the suffering that drives it.

4. Focus on What You Need to Work On
Most days I have at least one of my children run up to tell me about something “bad” one of their siblings or friends did. I generally respond with “But was there anything you did that wasn’t really good?” to which they generally respond by rolling their eyes heavenward and running away as fast as they arrived. I know when people press my buttons, it’s generally pointing to something I need to work on myself. I loathe superficiality; but at times I know I can be that way. I can’t stand people who are arrogant; yet sometimes I find myself looking down on people. I cringe in the company of narrow-minded people with small world views; but I guess there are things I’m narrow minded about myself (I just can’t think of any! [superemotions file=”icon_wink.gif” title=”Wink”] )

Real strength comes from uncovering a weakness. So only when we are willing to own our own failings, our own humanity, our own pettiness, our own resentments, fears and insecurities can we truly respond to others with the compassion that will not only serve them, enabling them to evolve into a “bigger” person, but it will deepen our own experience of life and with it, our acceptance of our own fallibility. Until then, when we respond with indignation, retaliation, superiority or adorning our own boxing gloves to “give as good as they gave us,” we only feed the seeds of their negativity and fuel the very forces that drive them to act as they do.

I want to leave you with the challenge of stepping back from the fray when you feel under attack (or wanting to attack!) and ask yourself:

Until next time, I invite you to think bigger and to act bigger. . . particularly when those around you aren’t!