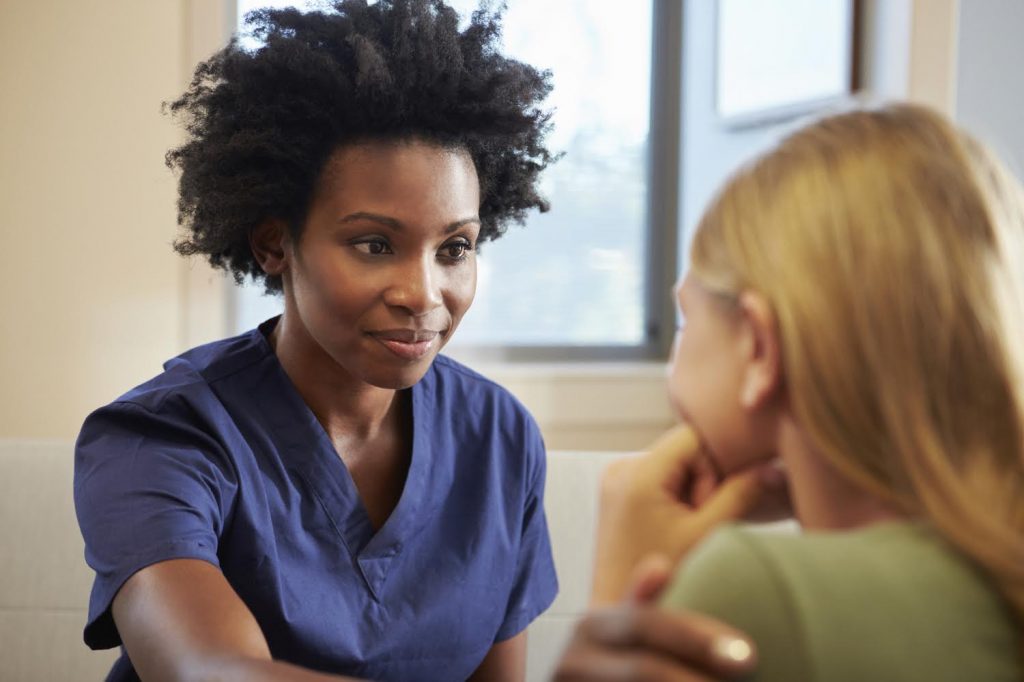 Ever find yourself feeling resentful at people for what they do… or fail to do?

Perhaps your boss just puts too much on your plate or doesn’t pay you what you’re worth. Maybe a co-worker, friend or family member continually oversteps boundaries, or continually asks favors of you but never offers one in return. Maybe the person who could open a door of opportunity for you never makes the offer.

Have you ever considered that maybe, just maybe, they actually don’t realize how what they are doing, or not doing, is upsetting you?

The reality is that other people will rarely care as much about our needs and desires as we do. And yet, when when those needs and desires aren’t being met or fulfilled we often fail to engage in the conversations needed to seek the changes we want.

Overwhelm. Frustration. Resentment. Annoyance. If you are have found yourself wrestling with any of these emotions, chances are there’s a conversation you could be having that you aren’t. More specifically that there’s a request you could have been making that you haven’t.

When you get clear about what you want and need, and are brave enough to ask for it, you spare yourself a lot of emotional churn and expand your capacity to accomplish more. To help you in doing that, here are 7 keys to help you take ownership for ensuring people know what you want. Experience has taught me that getting what you want correlates very highly with asking for it.

1. Don’t assume others are mind readers
Complaining about your problems doesn’t solve them. Whining about unmet needs won’t fulfill them. Whether you want your colleague to communicate with you more often about a team project, or put you forward for a more senior role, it’s crucial to be assertive in conveying what you want. We often assume our spouses, bosses, work colleagues and even our good friends can read our minds. So when they don’t act as we’d like, we wind up hurt and upset. For any relationship to thrive, both parties have to take responsibility for clearly communicating their needs.

2. Be bold in what you ask for (don’t dilute!)
My friend Sara James, Grammy award winning foreign correspondent shared with me in our interview for RawCourage.tv below how she landed her big career break only after she dared to risk a big rejection from her producers at NBC.

The reality is you will rarely, if ever, be given more than what you have the courage to ask for. So don’t dilute your requests in order to minimize the possibility of being turned down. As I suggested in Stop Playing Safe, “Think about what your ideal outcome would be and then confidently, courageously, ask for it. Not in an entitled way. Not in an aggressive way. But in a way that conveys that you know your worth.”

While you may not always get what you want (whether it be a pay raise or the corner office or the foreign assignment) you will nearly always end up with more than you would have received otherwise had you not been bold in your request.

3. Be specific about what you want and when you want it
In the workplace, the biggest reason for unmet expectations is a lack of understanding of exactly what was expected. Asking someone to do something “soon” can be interpreted in all sorts of ways. For a request to hold any water it needs to specify not just “what” you’d like, but also the time frame in which you want it. That is, both a clear and unambiguous “what” and “when.” For example, “Could you please get the monthly sales report to me by 2 pm Friday?” It’s unreasonable to expect to get what you want if people aren’t clear about what that is.

4. Be clear about what you won’t tolerate
It’s a rule of life that you get what you tolerate. Making requests will go a long way to eliminating the ‘tolerations’ in your life. Whether it’s asking a team member to show up on time or asking your colleague to stop making sexist jokes. Every day, through what you say and do, you teach others how to treat you.

If you continue to permit people to take you for granted, to overstep your personal boundaries, or to be outright disrespectful, you are ultimately complicit in its continuance.

Letting others know what you expect from them as well as what you will (and will not) tolerate is crucial to both your professional success and personal well being. So ask yourself, what are you no longer willing to tolerate? Therein lies the boundary that you alone must set and the requests you alone must make.

5. Forget hints – be direct
If you like to take the less confrontational (and often, more cowardly) route of dropping hints to get others to behave differently, I have bad news for you: hints just don’t cut it. If you don’t want to be ignored, you have to be direct and explicit! Making a general comment to a group of people, “It would be great if people around here would get to meetings on time” is passive and pathetic. Rather speak directly to the serial late-comer, let them know you find it disrespectful of everyone’s time, and ask them if they are both willing and able to commit to being punctual in the future. If they’re not, then clearly more conversations are needed to address underlying issues, but at least now the issue is on the table and you know where things stand. Same for any situation that causes you frustration – be direct.

6. Ditch the martyr act
I’m going to go out on a limb here – but it’s my humble opinion that this point is more for women than for men. As a mother of four children, big sister of seven and friend of many, I’ve found we of the female variety have a greater tendency to feel guilty when we put our needs ahead of others (family pets included.) But when we get caught in the trap of trying to be all things to all people, we can quickly find ourselves falling short on all fronts, and winding up resentful, burnt out and not being the person we want to be for anyone – much less for ourselves. Who’s that serving?! The more requests being made of you, the more you need to make of others. Moving your own needs higher on your priority list is therefore not selfish, it’s smart. So enough with the guilt driven martyr act. Your needs matter too.

7. Don’t make ‘no’ mean more than it does
Let’s face it, you won’t always get what you ask for. Your boss won’t always give you the promotion you’d like and your parents may not agree to mind your three kids every second weekend. Such is life. When people say no, don’t treat it as a personal rejection – accept it graciously and move on. At least now you know where things stand and you can plan accordingly.

Asking for less than you really want – from yourself, from others and from life – doesn’t serve anyone. So I dare you – try asking for what you actually want. Who knows… you might just get it!