Could you be misdiagnosing your problems? (Hint: If they keep recurring,you probably are!) 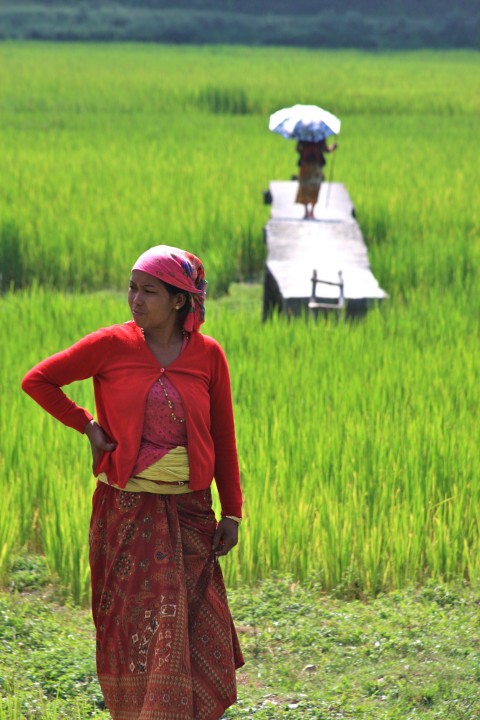 If you’re problems aren’t going away, chances are it’s because you aren’t diagnosing them correctly.  Getting to the root cause of what’s wrong in your life (and in the world at large) takes more than smart answers.

It takes wise questions, an open mind and  a willingness to look for the value in the opinions of those who see things the counter opposite of you.

I arrived home from two weeks with my family in Nepal on Sunday feeling a bit off colour. As the week wore on, I realised I must have brought back some lovely little Nepalese bug with me.

Such is life right? People pick up bugs. Venture to a country with sanitation and hygiene standards that would make most in the west cringe, and the odds of picking up a bug go up exponentially.  Yesterday my doctor  said he wasn’t exactly sure what was wrong but wrote me a prescription for four horse tablets to treat Giardia.  Here’s hoping.

But it’s got me thinking: how often do we misdiagnose the problems in our world and then try to remedy them the wrong way? In my experience (but hopefully not in my current predicament), far too often!

Think about some of the “problems” in your life right now, and consider that perhaps how you are viewing the problem is actually only perpetuating it. Likewise if you look at what’s happening on the national or world stage, you will see too many political leaders pointing the finger at each other as to why the world is in the right royal mess it is (or at least many of the world’s economies.)

What  lies at the heart of so many of the big problems we are facing around the world, and the smaller (yet no less significant) ones we face in our own lives is our insistence that we are right and others are wrong.  We are so busy asserting that we have the answer, we fail to accurately diagnose the root cause of what’s wrong, prescribe the wrong treatment, and then only perpetuate the problem.

Having just spent two extraordinary weeks travelling around one of the world’s poorest countries (see some of my photos here), I saw plenty of problems much in need of attention and a fresh approach. Needless to say, the people of Nepal would love to have the problems that you and I complain about. The vast majority of Nepalese live on under $500 a year and can barely afford to keep their children in school (less than  half Nepalese are literate.)  In a country that boasts the world’s highest peaks, it also has it’s share of equally large problems.  One of the most pressing being the trade off human life across its borders as over 10,000 Nepalese girls are sex trafficked to India every year.  Few can ever return, and those who do are usually shunned by their families.

The only way to solving some of these huge problems is for people to stop pointing fingers and engage in courageous, candid yet respectful conversation with those who see things differently to them.

I most certainly don’t have the answers to creating a world in which all children, boys and girls, can grow up safe, learn how to read, write and become a doctor or engineer or teacher or scientist if they want to.   I also don’t know how to turn around the flagging US economy, lowering unemployment in France or end the fundamentalist extremism that hijacks too many vulnerable young minds in many corners of the globe.   But I know that the only way to solve some of these huge problems is for people to stop pointing fingers and engage in courageous, candid yet respectful conversation with those who see things differently to them.  It most certainly won’t happen if those with the power and influence to create change refuse to acknowledge that maybe those they disagree with have something of value to add, and maybe the way they are diagnosing the ills and ailments is short sighted, misguided or all of the above, narrow-minded.

As you think about what you can do to intervene more successfully with the problems in your life (particularly in the realm of your relationships and workplace performance), I encourage you to ask yourself a few fundamental questions that might just reveal to you a whole new set of answers, enabling you to use remedies that actually work.

1. What is it about how I’ve approached this problem in the past that hasn’t worked, and may have only worsened the situation?
2. What possible value or logic might there be in the opinions of those who see my problem differently to me?
3. Where have I failed to take full responsibility for my part in creating or failing to resolve this problem?
4. How did this problem ever come in to being? (i.e. What makes this problem a problem in the first place?!)

I’m crossing my fingers that my doc diagnosed my malady correctly. If not, I’m sure I will live to tell the tale.  In the meantime, it serves as a good reminder to  look beyond the immediate symptoms of what’s going on to the root cause that’s creating them.  How about you? Where might you be misdiagnosing your problems? More importantly, where could you  listen a little more openly, ask  more questions and treat the problems in your world more effectively?

If you would like to see some of the photos I took during my time in Nepal,  you can do so on  my Facebook page.