Burning the Qu’ran: Why righteousness drives people to act like idiots. 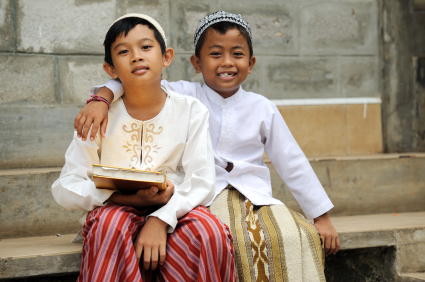 You’ve probably heard the furor about the fanatical Florida pastor who wants to burn copies of the Quran to mark the anniversary of 9/11.  No wonder he’s only drawn 50 members to join his church. Thankfully most people are too intelligent to listen to this religious extremist each week as he espouses such untruths (he reckons Jesus would have done what he’s doing), preaches division and fuels hatred.

While I don’t lay claim to enlightment, I do know that burning the holy books of other religions is a really unelightened, idiotic and odious thing to do.  But to bring all of this madness back to the context of our own lives, away from book-burning ceremonies, you may notice how often people can be self-righteous, judgmental and close-minded in their everyday interactions with those around them. Not you of course. But that person you have to work with. Live next door to. Are related to (though only by marriage of course.)   How many people do you know who fail to genuinely try to understand another’s perspective on an issue, and choose instead the path of superiority and righteousness?  Who want to be understood but don’t take the time to understand?

The only way we can ever hope to understand is through conversation. The root of which comes from the Latin for “changing together.”  So when you make the decision to understand another’s viewpoint, and they reciprocate, you cannot help but both be changed by the experience.  You both walk away with a new, and expanded, world view.  The key though is not to wait proudly for them to step up to the listening plate first. That responsibility rests with you.

Lasting peace can only be achieved through peaceful means. If you have to box someone in the nose, metaphorically speaking, in order to have your way or win your argument then, by default, someone else has to feel like they were boxed in the nose. (Same applies for burning their books). Sure, you may have won the battle but at what cost to the relationship? And at what cost to your identity and your future ability to win the trust of others?  Whether in the relationship you have with your spouse or the relationship between Christians and Muslims, Republicans and Democrats, only through engaging in civil conversation in which the initial goal is to understand, rather than to be understood, can harmony emerge, collaboration grow, societies prosper and humanity advance. You may not be a Middle East peace negotiator, but you are a peace negotiator in every relationship you have.  How can we ever hope to have world peace if we can’t first have peace in our home, in our workspace or local community?

So, I invite you to ask yourself: where might your need to be right, and to bring others around to your way of thinking, be getting in the way of growing mutual understanding, building trust and growing your influence?  In short: where might you benefit from listening more and speaking less?

As illogical or loopy as their opinion may seem to you,  it’s perfectly valid to them.  And as obstinate or self-defensive as they may seem, the only chance you ever have of bridging the gap between your diverging perspectives (even if not your beliefs) is by being willing to listen first.

Sure you will never see eye to eye with everyone, nor would you want to (our relationships, organizations and the world at large are served by diversity), but just imagine how much more enjoyable and less stressful your life would be if all your relationships honored mutual respect. And how much more peaceful the world would be if all people felt they and their beliefs were given equal respect, justice and opportunity.

So next time you’re indignant at someone’s behavior or entering the downward spiral of conflict, take a step back, close your mouth, box your ego and it’s burning need to be right, and do the only logical and effective thing there is to do: – apply the Golden Rule: Listen to others as you would like them to listen to you.

I wonder if Pastor Jones has ever taken the time to read the Qu’ran which he insists on burning, or to get to know even one of the millions of good hearted and peace seeking Muslims who follow its teachings.  I doubt it. He doesn’t have the courage.