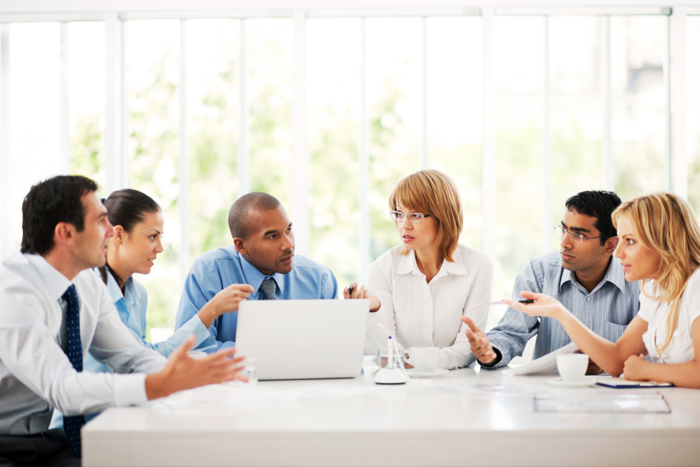 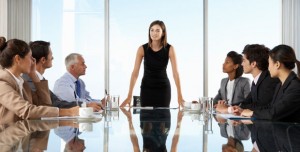 It’s being described as one of the great diplomatic triumphs of this century. Iran has agreed to temporarily halt its nuclear program for six months in return for an easing of sanctions. The deal was done after weeks of diplomatic talks in Geneva with much of the credit going to Lady Catherine Ashton, the European Union’s high representative for foreign affairs and security policy. In particular Lady Ashton is being praised for her high level of emotional intelligence. It’s got people asking:  Are women innately more emotionally intelligent than men and just how much has EI got to do with everything from negotiating a nuclear deal to leading organisational change to enjoying more harmony at home?

Everything. Because, as Daniel Goleman wrote in Emotional Intelligence, “Emotions guide everything we do.” Indeed, emotional intelligence is regarded as a far stronger predictor of success – in work,  love and  life – than traditional measures of intelligence with 90% of leadership success being attributed to a high EQ.

We human beings are innately emotional creatures which is why an inability to manage our emotions, or influence the emotions of those around us, can undermine our interactions and endeavours at every turn. For instance, have you ever:

Of course you have. Each of these examples highlight how emotions can over-ride intellect, or, in the last example, compensate for a lack of ‘book smarts’.  Emotional intelligence is your ability to identify and manage your own emotions and to pick up on the emotions of others, manage them and, in so doing, build trust, grow influence and achieve better outcomes all round. Something Lady Ashton did masterfully as I shared in this interview on Australia’s Sunrise morning show.

While research has found that women have an edge over men when it comes to expressing their emotions and perceiving the emotions in those around them, men are better at compartmentalizing emotions so an upset in one area doesn’t spill over into other areas. However, regardless of your gender or how well you have managed your emotions in the past, the good news is that you are never too old (or too young) to build your emotional intelligence. In fact, it’s one of the few things that actually improves with age!

The cornerstone of emotional intelligence is emotional awareness. Begin by cultivating greater self-awareness, the basic building block for success in all arenas of life. Identifying, acknowledging and labeling the emotions that you are feeling is crucial to managing them. By checking in more regularly with your emotional barometer you can take intervene more effectively to shift those potentially destructive emotions that might drive you to do or say something that will only worsen a situation.

2. Tune into what others are feeling

Emotions are highly contagious and so when others are feeling or expressing negative emotions they can quickly trigger a potentially destructive emotional response in you if you aren’t paying attention.  So the second core way to build your EI is to become more attuned to the emotions of those around you so that you can consciously respond to them, rather than just instinctively react from a threatened ego. Pay more attention to small cues – from the expression on a persons face to what they are saying and, just as importantly, what they are unwilling or unable to say. Try to put yourself into their shoes and imagine how they see and feel about themselves, their situation, their challenges and future. The more you can tune into what is going on for others, the more effective you’ll be in building rapport, managing conflict, influencing their outlook and developing rewarding and trusting relationships. Given that researchers have found that up to 90% of leadership effectiveness is attributed to strong EI, developing this skill is an imperative if you want to lead yourself and others to better outcomes.

3. Practice “time out” with a few deep breaths

Research has found that it can take as little as five seconds of conscious deep breathing to short circuit a ‘neural highjack’ which occurs when the primitive and reactive part of your brain (the “Amygdala”) overtakes the thinking part of your brain and triggers a fight-flight-freeze response.

While my emotions sometimes get the better of me, over time I’ve made some ground at shifting potentially destructive emotions. The simplest way has simply been to take a few long deep breaths (something you can do in the middle of a meeting without anyone noticing.) Even better when time and the situation permits, is taking a short walk outside for a quick ‘time out’.  Shifting your external physical environment can help to shift your internal emotional one. Both ‘interventions’ can help to ‘cool off ‘, calm down, and re-engage the thinking part of the brain, re-asses the situation and consciously choose a more reflective – less reflexive –  response than you otherwise might.

4.  Be patient…emotions are not easily managed!

Most important is to be patient with yourself and don’t set yourself up for disappointment by thinking a new meditation ritual will transform you into the Dalai Lama overnight.   Like building any skill, progress is often two steps forward, one step back.   These days I only yell at my kids for their messy rooms about once a month… definite progress!As I wrote in Stop Playing Safe, “Just as walking along a new path in the forest doesn’t create a path, so too it takes repeated practice at responding in a new way to emotional triggers to forge new neural pathways in the brain for engaging in the world around you.”

Whether it’s fear anger, sadness, resignation, guilt, pride, jealousy or anxiety – by learning how to use these emotions in ways that serve you  – rather than have them running the show – you can stay calmer under pressure, be more effective in your work and more influential with those around you (particularly the really difficult ones!)

Emotions are powerful but they don’t have to overpower your life.

So as you move forward into the rest of your day, just take a moment to tune into the emotions threading through your day. Notice how they make you feel, the actions they pre-dispose you to take and the impact they have on your ability to achieve what you want. As I’m sure Lady Ashton would have found as she negotiated this groundbreaking deal with Iran: Emotions are powerful and can sabotage people from making smart decisions that would serve them, and serve the world in general. However managed well, emotions can be channeled to achieve a great deal of good. Given that world peace begins with peace at home, then I’d say that is the ideal place to begin honing your EI skills!