Women: Be Bold For Change! 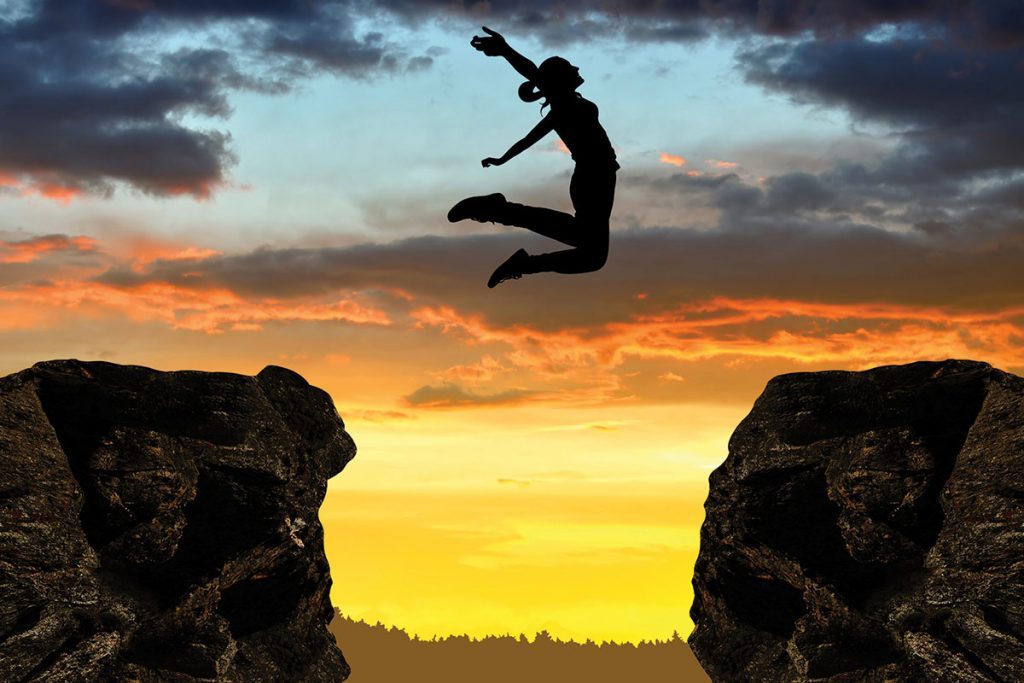 We are women. Hear us roar.

Other days, not so much.

In fact, there’s a lot of days that we spend a large majority of time second guessing our decisions, questioning our value, beating ourselves up or talking ourselves down.

I know this to be true because not only have I spent far too much time doing it myself but nearly every day I talk to other women who are doing the same.

We work so hard to do a great job and keep people happy and scale the high bar we set for ourselves yet we continually feel like we’re falling short on some measure; that we’re just not ‘enough’ in some way.

We spin plates. We juggle balls. We move mountains. Yet there’s often a little voice in our heads critiquing what we haven’t yet done or didn’t do… not well enough anyway.

In my Facebook Live video message this morning I shared how it’s my experience that we women, as fabulous and amazing as we are, tend to doubt ourselves too much and back ourselves too little. Certainly less than the equally wonderful men we work, raise and share our lives with.

As Kathy Calvin, President and CEO of the United Nations Foundation, shared with me during our conversation at UNF Headquarters, of all the barriers that women still have to deal with in the workplace and the world, the biggest one is in our own heads.

“We women hold ourselves back. We think we aren’t experienced enough when in fact we are,” she said to me as she shared how she has overcome her own personal wrestling match with self-doubt over the years.

Firstly, we think we don’t have enough qualifications. Where a man will apply for a job if he thinks he has 3 out of 10 requirements, a woman won’t put herself forward unless she has at least seven (if not all ten). Oprah’s recent comments about having never considered running for President because she’d never held public office are a great example. She was right, she has never held a position of elected power. But neither had the current President until now. I doubt very much that Donald Trump’s lack of experience as an elected official was ever more than a passing consideration.

Secondly, we hold back from putting ourselves forward for fear of ruffling feathers or losing face. As natural caretakers, we’re loathe to hurt feelings or come across as too pushy or forceful. So too often we decide to say nothing. It feels safer and in the short term it is, but it also keeps us from sharing the value we have to bring or addressing the issues that need to be discussed.

And thirdly, we let our fear of not being ‘enough’ keep us from putting ourselves ‘out there’ where we run the risk of being uncovered as a fraud. It’s what drives the impostor syndrome: our inability to own our value and internalize our accomplishments. It fuels an irrational anxiety that at some point other people will cotton on to the fact that we’re not as skilled, clever or deserving of our success.

The message to #BeBoldForChange is one you’ve likely already seen this International Women’s Day. Yet changing the world around us begins with changing the world within us. So, as you look toward your future, to what it is you want to accomplish in the year to come and who you want to be for the people around you, I encourage you to begin with making the simple decision that you will be a little bolder in what you do and say.

Below are ten ways you can be bolder. Pick three that you’ll do this week.

1. Ask for what you want. That’s right, it’s simple enough but let’s face it, too often we dilute what we ask for or don’t ask at all for fear of seeming needy or being rejected. But as I’ve written before, how can you expect to get what you want if you’re not willing to ask for it. Here’s a video to help you do just that!

2. Say no. It’s a short little word but it’s one may women struggle to say because we know the person who’s extended the invitation or offer doesn’t want to hear it. But if you’re ever going to do what you really want to do you’ll often have to say no to good things to create space for great ones. Here’s a free video course I made for you to help you along.

3. Push back. Yes, you’re a nice person and you’re loathe to appear difficult but the truth is that if all you ever do is agree and go along to get along’ then sometimes you’re selling yourself short. Way short. Pushing back isn’t about being pushy. It’s just owning your right to see things differently to others. Sure women can get called bossy or bitchy for simply speaking their truth but that doesn’t mean you shouldn’t! Being bold for change is all about risking a little push back for a cause that’s bigger than your own comfort. Here’s a video to watch if you need a little help.

4. Own your worth. Next time you’re talking about what you do, talk about it in a powerful way that lets people know you see the value in what you do (even if they have yet to realize it). Too often our fear of seeming like we are bragging keeps us from talking about what we’re up to. Time to own it! If you ever struggle with self-promotion, here’s a video for you!

5. Risk rejection. It’s not rejection you’re afraid of, it’s how you will feel because of what you make it mean… a personal inadequacy on your part; evidence that you are ‘less than worthy’ in some way. It doesn’t mean that at all. The truth is you need to risk a lot of rejections if you want to get ahead in your business, career and life. If you’re still licking a wound from a previous rejection, watch this.

6. Own your difference. We all like to belong to a group but too often we let our fear of disapproval keep us from expressing who we really are and owning what makes us different. So don’t dial yourself down for fear of standing out. Just be 100% of whoever it is you truly are. As I wrote in this recent Forbes column, “When all you do is try to fit in and conform, all you offer is conformity. It’s what sets you apart from others that makes you interesting.”

7. Take a risk. Women are naturally more cautious than men. It’s why women are far less likely to engage in high risks sports or suffer spinal injuries. We don’t get the same buzz from going fast as men. Yet we can often be more reticent to take the very risks that would enable us to get ahead. As I wrote in Brave, if there’s something you’d really love to do or change, embrace the discomfort of risk taking and just do it.

8. Ditch all guilt. Some guilt is healthy. Like if you haven’t paid your taxes or you’ve done something that’s violated a core value and leaves you out of integrity with yourself. More often though our guilt is driven by social norms and rules that we’ve unwittingly bought into. If you’re a working mother, you’ll know all about that. But here’s the deal, how can you teach your kids to go out and pursue their dreams if you aren’t pursuing yours? You can’t! Or not with any credibility anyway.

So lay all the ‘shoulds’ to the side and ask yourself, what is it that you would love to do so much that you know even if it pulls you away from your kids more often than you’d like, you know that they (as well as you) will ultimately be better off because you’ve done it? If you’re still struggling, here’s a recent free download I created for you.

10. Challenge your story. You live in an intricate web of stories about who you are, about what you can do and, just as importantly, what you can’t. Your stories are the truth but they have the power to shape your life. So if you’ve been telling yourself a story that you’re too old, too young or that you’re not ‘enough of something’ try telling yourself another one and see what possibilities open up for you. Here’s an article I wrote to with 5 steps to help you do just that.

Time to lean in and lead don’t you reckon?