What do your judgments say about you? What a week in Borneo taught me. 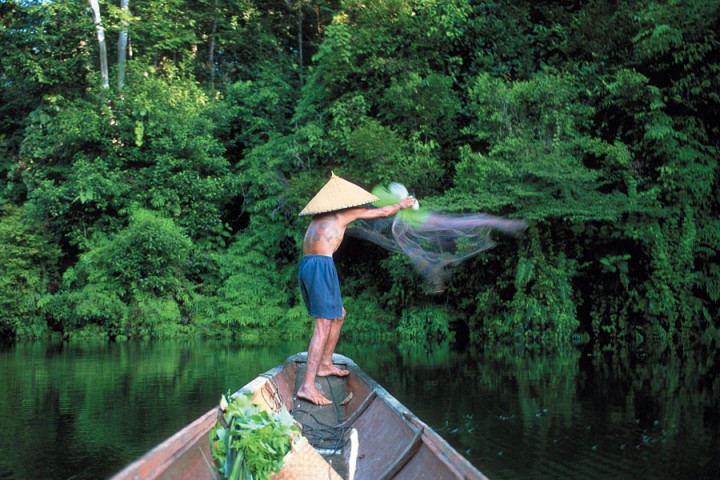 Ask yourself what your judgments saying about you and your  need to judge?

How are they limiting your ability to connect, engage and build bridges rather than barriers with the people around you?

I have just returned from a week in Borneo with my family. I love experiencing foreign cultures, and believe my four kids all benefit immeasurably from seeing first hand that there are kids the same age as them living very different, and often far less privileged, lives.

We based ourselves in a resort just outside the city of Kota Kinabalu, in the Malaysian state of Sabah. While I’ve stayed at numerous resorts over the years, I don’t recall ever staying at one with such a diverse range of guests.

People watching is one of my favourite pastimes. So I enjoyed observing the Japanese women and their daughters, all in matching swim caps and bathers while swimming, and carrying umbrellas to ward off the tropical sun when they weren’t. Their husbands and fathers taking photographs from morning until night. I was also fascinated by the Muslim women and teenage girls covered head to toe in outfits that resembled oversized rash vests and pants.  And of course, the Western women, clad in their bikinis (many immersed in the “Fifty Shades of Grey” trilogy.)

Ask yourself what your judgments saying about you and your  need to judge? How are they limiting your ability to connect, engage and build bridges rather than barriers with the people around you?  [/pullquote] Yet as I observed the differences in the guests at the resort, and the people out in the markets eating animal organs I didn’t want to recognize, I also observed myself making sometimes-harsh judgments. Of course it’s natural for us to make judgments about the people and places we see around us, but what I noticed in myself was how I tended to judge those most different to me most harshly, and went easier on those whose values and tastes more closely resembled my own.

It got me thinking about the tendency we human beings all have to view our values, beliefs, choices and culture as superior to others. More so, how doing it not only constrains our experience of life as individuals and impacts how we connect and communicate with others, but how collectively, it has shaped the world in which we inhabit.

When I was twenty-two I spent ten days travelling through the occupied territories of the West Bank. I was curious, adventurous and eager to better understand why this small corner of the world had dominated so much of the nightly news broadcasts I’d watched growing up a world away in rural Australia. Because I was travelling on a shoestring budget, I found myself staying in the homes and small hostels of Palestinian families. They offered the cheapest rooms and were eager to share their experience, and were so very welcoming of this young Australian who must have seemed incredibly naive. What I gained from the experience was insight into their worldview and an understanding of the sort of conditions that drive people to give up their lives in order to take others.

Professor Michael Hall, creator of Neuro-Semantics, described fundamentalism as believing completely and wholly in one’s beliefs. In other words, it is a conviction that we hold the “truth,” and anyone who doesn’t share our beliefs and fall into step with our worldview is, at minimum, misguided, if not deserving of scorn or outright annihilation. When it comes to religion, fundamentalist beliefs are what fuel wars and justify the most inhumane treatment of our fellow human beings.

A few days after 9/11 in a remarkably unguarded interview, the Reverend Jerry Falwell told Pat Robertson, “I really believe that the pagans, and the abortionists, and the feminists, and the gays and the lesbians who are actively trying to make that an alternative lifestyle—all of them who have tried to secularize America—I point the finger in their face and say, ‘You helped this happen.’”   Hate-filled language like this is no better than that of the Islamic fundamentalists who rail against America as they plot to terrorize. It preaches hatred and intolerance, and plants seeds of righteousness, bigotry, and prejudice in a new generation that only incites more hatred and fuels further conflict.

While wars in distant lands seem remote to many of us, in our personal lives we create conflict and division for the very same reason: we judge those around us, whether at work, in the apartment next door or even members of our own family, with being ‘less than’ in some way because they don’t see the world the same way we do – they have different beliefs, values, and preferences.

Wayne Dyer once said that when we judge others we are saying a lot more about ourselves than we are about them. Of course we need to be discerning and make judgments in order to be effective, but we can all benefit from being more mindful about what insecurities, unmet needs and fears may also be driving judgment. We must ask ourselves, what does this judgment I’m making say about me and my need to judge that needs to be acknowledged?

The reality is that none of us see the world as it is. None of us hold the truth. The wisest people know that. The arrogant and ignorant and self-righteous and narrow minded don’t. The fact that I chose to wear a tankini while lying by the pool last week didn’t make me better than the Japanese woman in her bikini with matching swim cap and umbrella, or the Muslim woman covered from head to toe, or the over-fed British woman brimming out of her bikini. It just made me different. It didn’t mean I had better or worse taste. It simply reflected that I come from a different culture, with a different fashion sense, and a different idea about what is appropriate for public viewing.

We human beings are far more alike than we are different. I learnt that during my days in the West Bank. I learnt that while living in Papua New Guinea. I learnt that living in America’s Bible Belt. And I was reminded of that again last week in Borneo. Sure, notice what makes you different to others. Notice what makes others different to you. But also notice the threads that link you – the insecurities, the dreams, the love of family, the anxieties, the things that you care about most deeply, and the things that make you laugh the loudest. When we focus on the common ground, on our shared humanity, that’s when we can communicate, connect and create profound change both in our direct experience of life, and in the world we create together. As citizens in a global community, we are growing more connected every day.