My morning with Wayne Dyer: Our way of being speaks more loudly than our words. 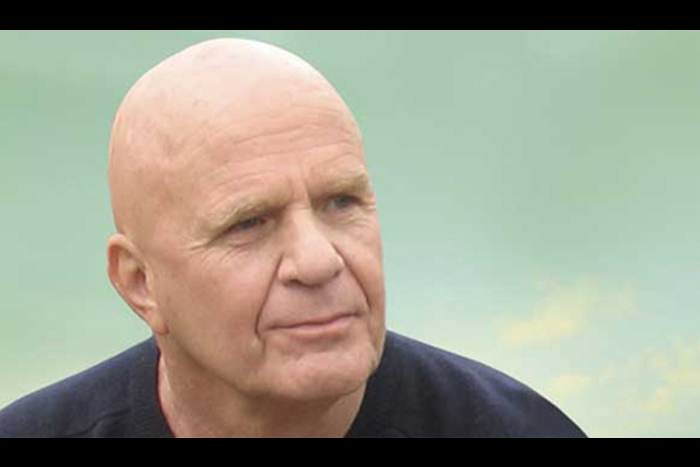 Last Saturday I had the pleasure of taking a day to myself to attend a conference with a man who inspired me onto the path I am now travelling. His name is Dr Wayne Dyer. I first read one of his books You will see it when you believe it back in the mid 1990’s while living in Papua New Guinea and trying to shed myself of numerous loads of emotional baggage. It affected me profoundly forever shifting how I saw myself, my life and the world.

The other main speaker on Saturday was Dr Deepak Chopra, a man perhaps even more widely known than Wayne Dyer.  Together their words provided me with just the injection of inspiration I was hoping for. But truth be told, their words weren’t what affected me the most.

It was who they were being.

You see three days earlier Wayne Dyer was in a hospital in San Diego crippled with pain in his neck. He was given cortisone injections and told there was no way he could get on a plane and fly to Australia to speak. But Wayne is a man who doesn’t live in excuses (one of his bestselling books is titled Excuses Be Gone!)  From the outset it was clear he was in pain, but it didn’t deter him. About fifty minutes into his two hour program the pain gripped him intensely. I could feel it. My eyes filled with compassion as I imagined myself in his shoes. He said he would leave the stage for 5 minutes. Soon after an organizer came out to say we’d have a half hour break and then another speaker came on for an hour before Dyer returned to the platform.

This time he sat in a chair. ‘Smart thinking,’ I thought. He proceeded to share so many things that resonated with me so deeply. He shared about the breakdown of his marriage, the challenges of raising his eight children, his childhood growing up in an orphanage, and the abusive men, both alcoholics, his mother had married.

At the end of another 50-60 minutes, after playing the most beautiful rendition of Amazing Grace (you can listen to it hear) I have ever heard (which made me cry), he carefully rose from his chair and slowly walked off the stage to a standing ovation.

I cried again. (Haven’t had a good cry for a while, always so cathartic!)

Yes, his words were powerful, but it was his courage — to fly so far, to press on through his pain but not to pretend he didn’t feel it, to share so openly, to reveal such vulnerability — that moved me most profoundly and inspired me most deeply to greater courage in my own life. I know I was not alone.

I could write a long essay on all the wisdom he shared (below are some book recommendations). But the deeper lesson transcended his words: That our way of being speaks more loudly than our words ever can.

I invite you to take a moment to reflect on how you ‘show up’ for those around you. Your ‘way of being’ is the melting pot of every aspects of who you are, how you communicate, from the emotions you are feeling to the expression on your face as you interact with those around you to the way you respond to the challenges in your day and throughout your life.

So I invite you to reflect on this question:

How does your way of being affects those around you?

I have met many “self-help gurus” over the years.  Only a few have lived up to their marketing spin or my expectations. By the time he hobbled off the stage I was left with no doubt that Wayne Dyer is truly a man of God, who is driven by a deep desire to give, and not by a need to be glorified.

I encourage you to check out any of his forty odd bestselling books. Here are few of my all time favorites:

The Power of Intention

There is a spiritual solution to every problem