The Soul Of Money 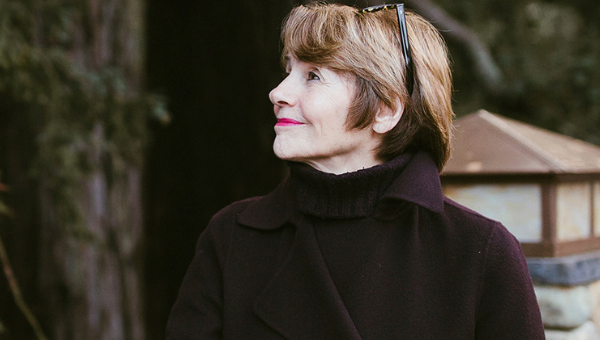 Growing up on a small dairy farm, one of seven kids, money was often scarce. I used to envy the city kids who’d visit our area each summer. If only my parents were rich like theirs’. If only I could have designer jeans. If only we could have a car with air-con. If only we could afford to eat at restaurants, vacation abroad, buy a jet ski. If only…

You get the gist.

And then I grew up and in my first year working after graduating from university, my starting salary was more than dad had ever earnt. But still, I thought, “If only I had more…”

It was many years before I realized that I’d been caught in scarcity thinking, held hostage by the belief that ‘more is always better’. It’s a common mindset; this idea that if only I could earn more or own more then I’d have enough… then I’d be enough.

Yet it’s mythical thinking. As studies have found, once our basic needs are met (previously estimated to be $70,000 p.a. though I suspect it’s higher these days), more money buys diminishing incremental returns on happiness and life satisfaction. The point: it’s not about how much money we have, it’s about our relationship with what we have.

Little wonder some of the wealthiest people are often no happier than those with considerably less. While wealth can spare us some problems, it often exacerbates many others. As Lynne Twist, who has spent decades working with the world’s poorest and wealthiest, shared on my podcast, “If you have character flaws or blind spots, a lot of money just amplifies them.”

My dad, who spent nearly 50 years milking cows and still lives on very little, often says he feels like the richest man in all the world. It’s because he doesn’t focus on what he doesn’t have (or compare his net worth to others), but celebrates how much he does have. A wife of 50+ years. His children. Relatively good health (he is 84). A lake to fish in. Grandkids to tangle his fishing line. A hot cup of tea.

What we appreciate, appreciates. When our attention is on what is lacking – on the ‘if only’ I had more – we live from the space of insufficiency, inadequacy and incompleteness. We tell ourselves that if only we had 30% more, then we’d be happy, but forget that’s what we thought when we had 30% less than we do now. To quote Lynne: “If you’re continually focusing on what you don’t have, or need to have more of, that becomes the life-song that you sing; the space that you live from.”

Living from a space of abundance and sufficiency is not about how much money you have, but about how you feel about what you already have. When you measure your self-worth by your net worth – or for that matter, by your job title, the car you drive, the boat you own, labels you wear, follower count – then more and bigger will always be better. Yet this just leaves you stuck on a treadmill of striving but never arriving. Because let’s face it, someone will always own a bigger yacht.

Now don’t get me (or Lynne) wrong. I love boats (even better… friends with boats!). So this is not about selling the farm and living in a loincloth under a bodhi tree. It’s about shifting how you think, and how you feel, about what you already have in ways that enrich your experience of life and relationships with others. I’m sure that you, like me, have seen families torn apart and relationships destroyed over money. Very often, the larger the numbers, the greater the stress and suffering.

As Lynne wrote in her ground-breaking book The Soul of Money, living from a space that more is better just leaves us on, “a chase with no end and a race without a winner. In the mindset of scarcity, even too much is not enough”.

When you direct your money with soulful purpose, in ways that align with the highest vision of who you aspire to be, rather than in response to consumer fads or out-doing your neighbors, it will infuse a richness into your life that transcends what any material possession or dollar number can ever provide. Just ask my dad.

A renowned global visionary for her work with The Hunger Project in ending world hunger (Lynne worked with Mother Theresa and now mentors Nobel Laureates), Lynne’s insights into the ‘myths of scarcity’ and the ‘truths of sufficiency’ will help you disentangle the fear woven into your relationship with money. By examining your unconscious money mindset you can shift your relationship with money from one of scarcity to sufficiency, liberating you to enjoy a far wealthier experience of life (regardless of whether you ever own a yacht!)

If you’ve ever had angst around money – earning it, spending it, giving it, dividing it, wasting it, losing it, loaning it – our conversation may be very illuminating and deeply liberating.