Need To Call It Quits? 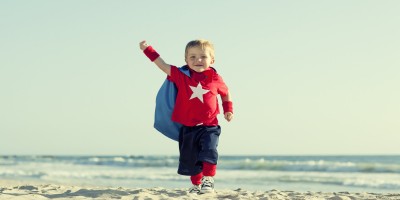 I recall once holding on to a pair shoes that made my feet ache every time I wore them for no other reason than I paid a lot for them. In hindsight, it was pretty stupid. I only remember thinking, “I need to get my money’s worth!”

What about you?
Ever stayed the course with something because you’d invested so much into it, despite its increasing lack of progress, pleasure or both?
Ever held on to something you bought (like a poor fitting jacket) because it was expensive?
Ever kept reading a book or watching a movie right to the end, despite not actually enjoying it?

If you answered yes to any of these questions then you’ve experienced a phenomena psychologist’s call “sunk-cost bias.” It’s our tendency to continue investing in a losing proposition because of what it’s already cost us. Needless to say, we can all fall prey to sunk-cost bias because we’re all innately loss averse. I mean,  let’s be honest, who wants to take a loss or admit they wasted money, energy or years of their life that could have been better spent?

Biting the bullet and acknowledging that our choice to invest in something (or someone) that is no longer serving us is difficult; sometimes agonizingly so. It’s why people stay in careers they loathe and relationships that leave them lonely. It’s why ‘smart’ people stick with blindingly obvious bad investments for far too long, clinging on with blind optimism. It’s why I kept those shoes so long and you likely have a few things in your wardrobe right now that, if you had the choice whether to buy them again, you wouldn’t!

If you ever find yourself in a hole, stop digging.

But here’s the deal. If you ever find yourself in a hole, stop digging. Because investing more into something that’s already not working, won’t make it better.

General George S. Patton once said, “Courage is holding on a minute longer.” Sometimes that’s true but if you’ve been holding on for so long your hands have grown calloused then maybe, just maybe, the bravest thing you could do is to let go!

The longer you let your fear of feeling like a failure keep you from calling it quits, the harder it will become to start over and begin anew.

Our sunk-cost bias can send us into a vicious cycle and derail our decisions. It’s also why the presumably smart people within the British and French Governments kept investing in the Concorde for four decades – year after year, sunk million after sunk million – before they finally bit that bullet and conceded the Concorde was simply not commercial.

The biggest mistakes people make are not avoiding mistakes (avoiding all risks is lethal!), rather refusing to admit when they’ve made them. Certainly, the most successful people I’ve met over the years – including seven-time world champion surfing pro Layne Beachley featured in the interview above – aren’t those who never make mistakes; they are those who are quick to admit when they do. They fail fast and quit quickly (a chapter title in Brave!)

Continuing down a path that isn’t taking you where you want to go for no other reason than you’ve already walked a long way isn’t courageous. It’s crazy. Sometimes the bravest thing we can do is to call it a day, learn the lessons and move on. As Richard Branson has said, “Don’t be embarrassed by your failures, but learn from them and start again.”

So let me ask you, where might you be investing – time, talent, money, energy or skills – in something primarily because of how much you’ve already put into it? And how might calling it a day free you up to invest in something that could ultimately serve you (and the world) so much more?

While calling it quits on something you’ve invested in can be painful, it frees up your resources to pursue new opportunities and create fresh beginnings that will make you wonder why you ever held on for so long.