Nelson Mandela: His Life Was His Message 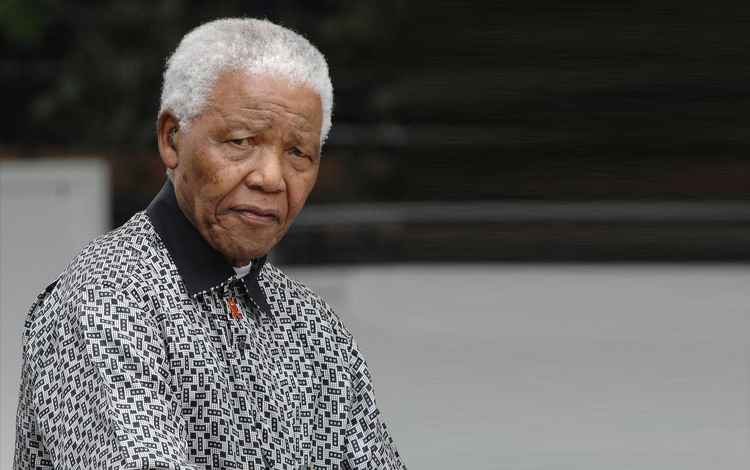 “I learned that courage was not the absence of fear, but the triumph over it. The brave man is not he who does not feel afraid, but he who conquers that fear.” ~Nelson Mandela 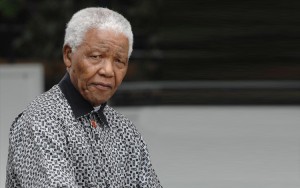 As the world mourns the passing of Nelson Mandela and honors the extraordinary legacy of his extraordinary life, the message that it shared  – of courage, resilience, forgiveness and  commitment to a cause bigger than oneself – has no less relevance for each of us today than it had during the height of the apartheid era.

When Mandela was born in 1918, no one would have said he was destined for greatness. He rose to great heights of power because he refused to descend to the small  thinking of so many around him. He became one of the greatest men of our times not because of where he was born, or how he was treated, but because of the way he chose to respond to the forces of hatred and bigotry.

Our struggles may shape us, but never define us

Mandela’s life story is one of overcoming adversity and embracing challenges that seemed to many to be both unsolvable and insurmountable. He showed us that mastery of life is not an absence of problems, but of the mastery of problems. Certainly he had his share. The way he chose to respond to the injustice of apartheid, and brutality of those who propped it up, showed the world that life may be hard, but we do not have to grow hard because of it; that while we may not choose our circumstances, we always have a choice in whether or not we succumb to self-pity, victimhood and despair.  Indeed, he taught us about the resilience of the human spirit in the face of heartache and hardship, and the possibilities that can emerge when we choose to focus on what we can do, versus what we can’t.

Courageous conversations can change the world

In the late 1980’s, as Nelson Mandela neared the end of 27 years in the infamous Robben Island prison, South Africa’s president at that time, FW de Klerk, met with him privately several times. They met to negotiate the contentious issues embedded in the apartheid system, but also to discuss how to forge a new future for a bitterly divided South Africa. After Mandela was released in 1990, their conversations continued (albeit, I assume, in more comfortable surrounds). While their opinions differed, they were united in their commitment to a better, more just and equitable future for their country. Their mutual concern for the welfare of South Africans and the generations to follow transcended their differences, enabling them to come together in dialogue to navigate a path forward through uncertain terrain.  By speaking candidly, listening bravely and staying focused on a cause bigger than themselves, their conversations set the stage for the profound, dramatic and unprecedented change that was to come. As I write this I can’t help but think what a shame it is that some of those leading South Africa today lack the courage and character that we saw in both Mandela and de Klerk. Mandela’s willingness to engage in these conversations showed just how much power our conversations can hold. Power to open up possibilities. Power to close them down. Power to forge relationships that last a lifetime. Power to end them in seconds. Power to build trust. Power to crush it. Power to incite violence and murder. Power to bring peace and change the world.  Your willingness to enter courageously into conversation about things that matter can also shift the trajectory of many lives, beginning with your own.

“We ask ourselves, Who am I to be brilliant, gorgeous, talented, and fabulous? Actually, who are you not to be? You are a child of God. Your playing small does not serve the world.” These words, which Mandela spoke at his inauguration (attributed to the writer Marianne Williamson) as the first black President of South Africa, have challenged and inspired millions to step through their doubts and fears into more purposeful courageous action. Mandela’s long walk to freedom, as his biography was titled, was compelled by a cause infinitely bigger than himself.  As acutely aware of the enormity of the challenges he faced, and the real risks he took, he also knew that playing small would not serve anyone. Of course, comparing ourselves to Mandela serves us as little as playing small does. Everyone of us are called to greater courage in some unique way.  No one is immune to fear. No one is forever free of self doubt. Connecting to a purpose much bigger than ourselves is what enables us to step through our fears of not being enough, to think bigger, to play bolder, and to act with the bravery needed to make the important contribution only we can make. Only when we each heed that call can we hope for a world where peace, prosperity and opportunity are not just for the fortunate few, but for everyone.  As Mandela went on to say at his inauguration, “We were born to make manifest the glory of God that is within us. It is not just in some of us; it is in everyone and as we let our own light shine, we unconsciously give others permission to do the same. As we are liberated from our own fear, our presence automatically liberates others.”

Forgiveness is the only path to peace – in our hearts, our homes, and our world

You might believe that Mandela had every right to be bitter toward those who held him captive for 27 years of his life. Yet he never did. Indeed his life was a potent message in the power of forgiveness.  Anger can poison the heart, generate disease in the body, destroy relationships, derail careers, devastate families and cause immeasurable suffering. What’s most sad, is that it often has little impact on those whom we hold so much anger toward. Millions of people who have faced far less injustice that Mandela live their lives holding on to resentment, blame and bitterness, shackled to  past events over which they can never control.  I once heard it said that holding on to anger is like swallowing a bottle of poison and waiting for the person whom we harbor anger toward to die.   Yet releasing anger through forgiveness is not easy. As Mandela once said, ‘Courageous people do not fear forgiving, for the sake of peace.’ Accordingly, forgiveness is never a question of whether another deserves it. It is about whether we choose to free ourselves from allowing others to have power over us. As I wrote in Find Your Courage, ‘By holding on to anger, you inflict a greater wounds on yourself than anyone else.’  Mandela showed us that when we open our heart, we can turn the wounds that lay upon it into badges of honor. Courage. Resilience. Forgiveness. Dedication to a cause bigger than oneself.  These are the timeless messages of the great Madiba’s life. I can think of no more meaningful way to honor his passing than to reflect on the legacy we are creating each day in how we choose to live our own lives. Does your life tell a story of courage, resilience, forgiveness and commitment to a cause greater than yourself? Something to reflect up as we mourn and celebrate the life of a truly exceptional man who has left this world forever braver, and forever better.