Inauguration Day…yes, I was there! 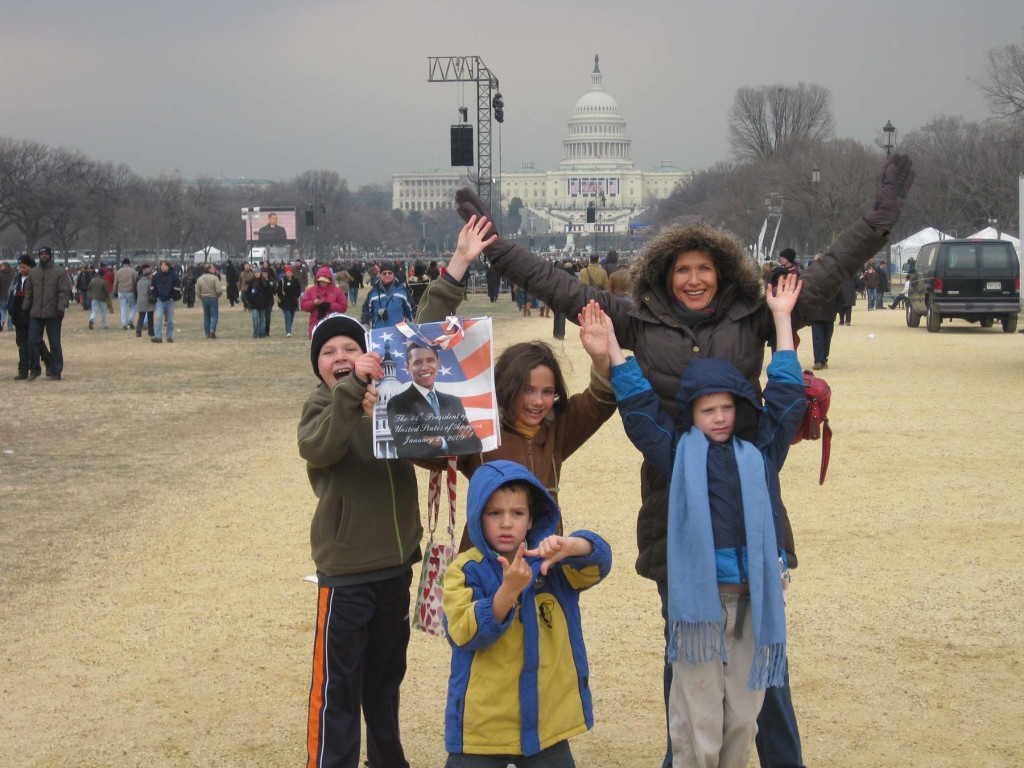 Often the media hype things up but on this occasion I can honestly say that being there, on the frozen ground of the National Mall just by the Washington Monument, freezing my butt off along with another one and a half million others,  watching Obama being sworn into the Presidency was far more profound an experience than any TV anchorman can probably convey.

I think the most poignant moment was when Pastor Rick Warren invited the crowd, filled with people of all races, colors and religions, to share with him in saying the Lord’s Prayer. I thought to myself as we prayed that the only other time that many people have ever said Our Father standing en masse together is when a new pope is inaugurated into the papacy. It was quite surreal and very beautiful.

Indeed I felt teary several times thinking of the enormous significance this inauguration meant to the thousands of African-Americans standing around me. To think that a mere 45 years ago when Martin Luther King, Jr. declared “I have a dream” African-Americans still couldn’t vote, ride the same bus as white folks, attend the same schools, use the same bathrooms, etc.  it boggles my brain. And yet here we are. Less than half a century later we have the son of a Kenyan immigrant as President. I think it speaks to the evolution of the American people and society overall. Change for the good may sometimes be far slower than many would like, but change for the good is being made.

As Obama said in his speech, which didn’t (but perhaps couldn’t) match the momentousness of the occasion, the challenges that face Americans today are large and real. But having attended the inauguration I have no doubt that they are no larger than the will and ability of the American people to overcome them. Change, even change for the better, is never easy. Change — whether in our spending habits, energy usage or expectations of what we deserve — will certainly not be without its pain and inconvenience. But change is essential and only when we embrace it, in every facet of our daily lives, can we ultimately grow in who we are, both individually and collectively.

The question for you is, where are you resisting change and what is the price you are paying for doing so?