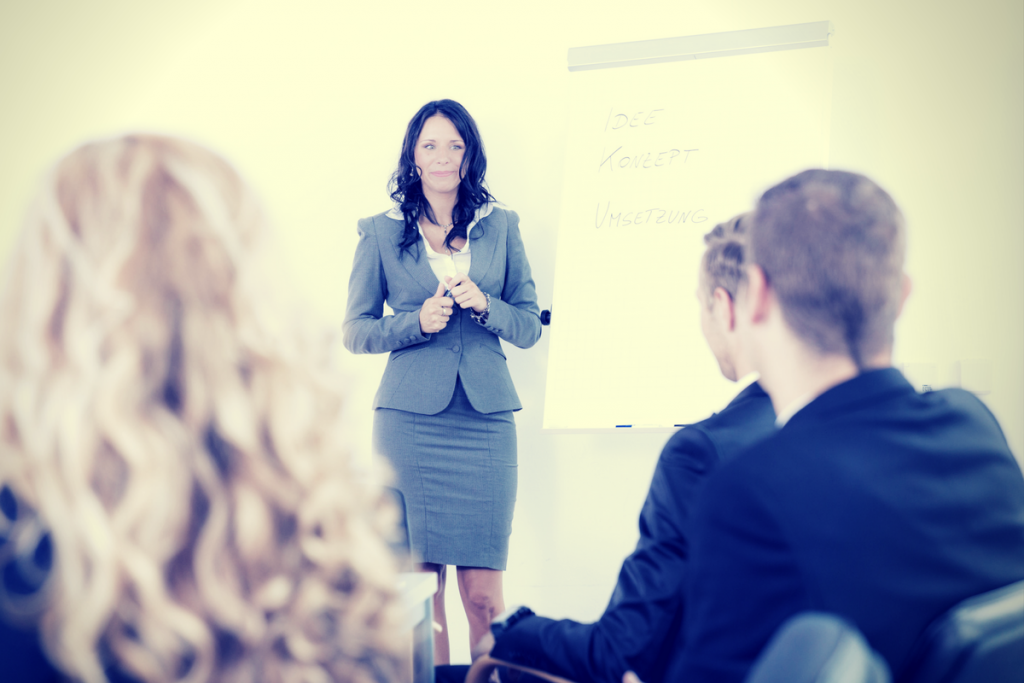 Leanne was recently promoted to head fashion buyer for an international clothing chain. When I rang to wish her congratulations, the first words out of her mouth were, “I’m just waiting for them to realize they made a mistake; that I don’t know near as much as they think I do.”

It’s a sentiment I’ve heard (and felt!) many times before. It’s driven by a nagging fear of being “found out” as not as smart or talented or deserving or experienced or (fill in the blank) as people think.

Impostor syndrome is a term coined by a psychologist back in the ’70s to describe this phenomenon where, despite external evidence of their competence, people feel intrinsically unworthy of their success and afraid others will eventually realize they don’t deserve it.

Acclaimed novelist Maya Angelou once said, “I have written 11 books, but each time I think, Uh oh, they’re going to find out now. I’ve run a game on everybody, and they’re going to find me out.” Having penned four books myself, I know just how she feels. Sure, I’ve worked hard, but I’m always so acutely aware of how much I don’t know and how much better my writing would be if I’d truly mastered my craft. (The fact that my kids revel in pointing out my grammatical mistakes doesn’t help much!)

If you ever wrestle with a quiet fear of being unmasked as an impostor, I hope these suggestions will help you own your success and get that little fear monkey off your back. It’s a fraud.

Which brings me to why it’s so important to be vigilant about not selling ourselves short by continually focusing on what we haven’t done or are yet to master, and too little on what we have.

1. Own your success; don’t minimize it.

“I thought it was a fluke,” said actor Jodie Foster of her Oscar. “I was afraid I’d have to give it back.”

Attributing success to luck is a common feature of those who struggle with the impostor syndrome. Particularly women, who have tendency to chalk up their good fortune to a helping hand or lucky break, whereas men are more likely to attribute it to a combination of internal factors, such as grit, talent or ability.

Impostor syndrome tends to be the domain of high achievers who are wired to focus more on what they haven’t done than on what they have. So if you tend to be a go-getter, give yourself a minute to acknowledge and celebrate your accomplishments up to now. It’s not only good for self-confidence, it’s good for the soul.

Minimizing your success doesn’t serve anyone. If you sometimes feel undeserving, get out a pen and paper and write a list of all that you’ve done just over the last 12 months. I would hazard a guess that even attempting to record how much you’ve done will help you realize that you’ve earned every bit of the success, influence and respect you enjoy.

2. Stop with the comparisons.

When I was invited to spend a week on Necker Island with Richard Branson and a host of successful entrepreneurs, I spent the first two days waiting for someone to realize I was there by mistake. And then, after an illuminating conversation with Marianne Williamson, I had an epiphany. We’re not all made to be like Richard Branson nor would it serve the world if we were. Each of us has a unique mark to make on the world, and when we are caught up comparing ourselves to others, it only leaves us feeling less than or not enough in some way and diminishes our capacity to make the impact we alone can make.

The fact is, most of your comparisons are unfair because you have a tendency to compare…

As I write in Make Your Mark: A Guidebook for the Brave Hearted, “Comparing yourself is a race you’ll never win. Don’t get caught up focusing on the gifts or good luck of others. Focus only on making the most of your own.”

3. Focus on the value you bring, not on being perfect.

If you are someone who isn’t willing to settle for mediocrity, more power to you. But there’s a distinct difference between giving your best and being the best; between trying to better yourself and being better than everyone else on the entire planet. All 7 billion of them. One is focused on how you can improve the world; the other is about your ego.

The truth is that you don’t have to have Michelangelo-like mastery or have Einstein’s IQ to provide value for others or be worthy of your success, plus any accolades you receive along the way. Focus on adding as much value as you can, not on scaling some arbitrary bar of perfectionism that leaves you forever striving, never arriving and only feeling perpetually inadequate.

Fear of being found out can dial down our ambitions and cause us to stick to whatever we know we already do well. It’s less risky that way. But while playing safe can provide the short-term illusion of safety, over the long run, it can only leave you less secure and deprive you of ever knowing just how capable and more than adequate you truly are.

Sure, it takes guts to pursue a bold dream with no guarantee of success. When you refuse to let fear of being found out sit in the driver’s seat, you open the door to discover new strengths, grow existing ones and build your own brand of brilliance.

No one else has the same combination of skills, talents, passions and hard-won wisdom as you. Likewise, you are here to make a mark that no one else can. But you’ll only do it when you can embrace your one-of-a-kind brilliance and focus on running your own best race. In the process, you will come to realize that the only impostor you’ve ever had to worry about is the fear that seeks to take up residence in your head.