Give More Grace – To Yourself, To Others 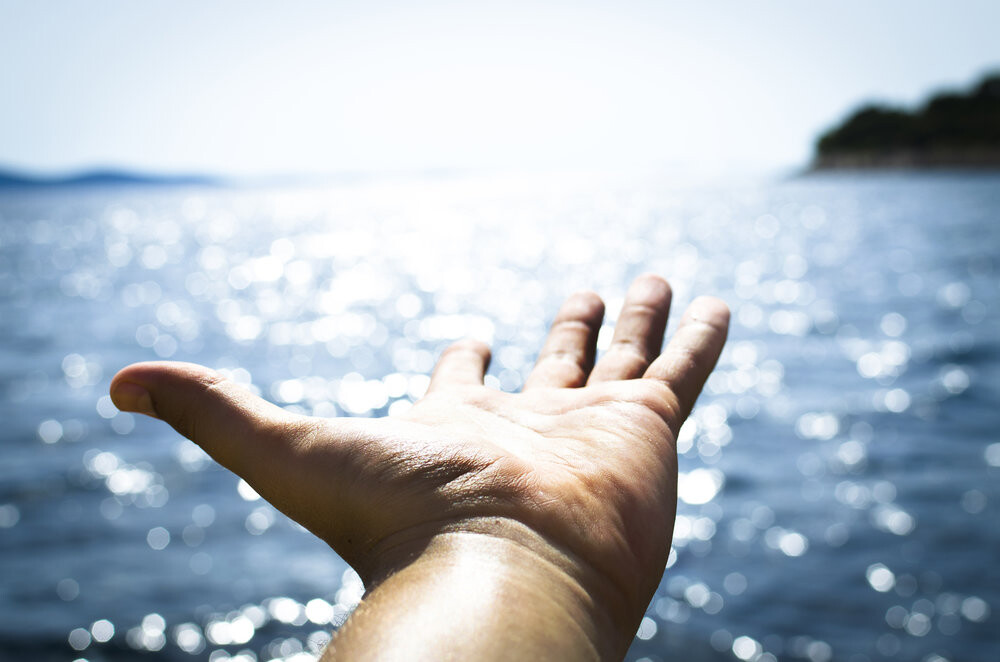 The woman across from me at a dinner I attended recently rolled her eyes in annoyance when the waiter accidentally poured wine into her water glass. As soon as he realized his error, he apologized profusely. But she was frustrated and let him know as much.

Later on, as we were finishing up our meal, he came over and apologized again.

“I’m currently being treated for a tumor on my brain,” he said. “Sometimes I just don’t think very clearly. But I have to keep working. I need the money.”

I could tell she felt terrible as she extended her sympathy and wished him well.

It served as a reminder, to extend grace and in the moments we feel most ‘judgy’ and justified in saying something that might bring someone down, to offer the benefit of the doubt.

Let’s face it, we humans come hardwired with negativity bias; being Velcro for bad and Teflon for good. Lightning-fast to zero in on the negative and snail-slow to acknowledge the positive, if at all.

We dwell on what’s missing over what’s is present.

We talk more about what’s wrong than what’s right.

All in the blink of an eye.

We do this about ourselves. About others. About the world. About the future.

Today’s cancel culture thrives on this bias – it exonerates us for succumbing to the temptation to treat people with contempt rather than compassion; to claim righteous superiority and celebrate moments of misjudgment.

The media also thrive on this bias. Talking heads on all sides feed on fueling polarization, homing in on the perceived shortcomings of the ‘other side, assuming malevolent intent, spurring conspiracy theories and extending zero grace. quick to punish past mistakes and moments of misjudgment. So too does the media.

The gravitational pull toward dwelling in the land of negativity, superiority and judgment is strong. Yet doing so only renders us part of the problem, not the solution. It’s why if ever there was a time to refocus on the good and to extend more grace, it is now. As Phillip Yancy wrote, “Grace, like water always flows to the lowest part.” Yet in doing so, it always lifts us higher. Always.

Firstly, by extending more grace to yourself. Because how you treat others begins with how you treat yourself. You cannot pour from an empty cup. The truth is, you (like me and the other 8 billion people on this planet) are not perfect. And you (like me) never will be. But most of all, you’re not supposed to be. We’re all on our own ‘hero’s journey’ of becoming – continually being tested by life. Sometimes two steps forward, three steps back. Like when you jump down the throat of a waiter who messes up your order or pours wine into your water.

On those days you fall short of living up to the idealized self, turn your compassion inward. After all, grace that doesn’t encompass our own humanity – complete with our flaws, fallibility and failings – is incomplete.

Secondly, extend more grace to others. Particularly to those you feel least inclined to give it to (this may be particularly relevant with family members over the holiday season!)

The turmoil and disruption of the last two years have taken a mental and emotional toll on people and families and relationships the world over.

Chances are that many people in your orbit have fallen short of your expectations of them. But let’s face it, chances are you’ve fallen short of others too. And possibly in ways that are well beyond your own awareness. The call you didn’t make. The invite you didn’t send. The time you talked too much and listened too little.

Of course, you know all that you’ve had on your plate. But what you can never know is the inner struggles of those around you. The burdens they’re carrying which you cannot see and the heartaches their nursing which they cannot share.

It’s easy to make snap judgments, throw cheap stones and hurl dehumanizing insults. Just scroll Twitter. What’s less easy is to be true to the higher angels of our nature.

While I’ve failed to do that on many occasions, my own failings have tempered my race both my race to judgment and my harsh inner commentary. It’s helped me to embrace my own fallibility and to extend outward more grace to others, particularly at the times when my ever-righteous ego would sooner cut them loose.

So as you step into the holidays season, try doing the same and extending more grace. This can take many forms.

Extending grace could be reaching out to someone who keeps letting you down just to check in and ask if they’re okay.

Extending grace could be sending someone who you know is struggling a note of encouragement, letting them know you believe in them and have their back.

Extending grace could be choosing not to join the cancel chorus in posting negative comments online but rather, only positive ones.

Extending grace could simply be going high when others go low, showing up with the character and moral courage you’d like to see more of in others.

Extending grace could simply be letting go of a grudge and extending the hand of friendship (and forgiveness) to someone whom you could easily rationalize doing the opposite.

Of course, this doesn’t mean we should tolerate the intolerable. Nor does it mean we should not hold people to account for their mistakes. Particularly those in positions of leadership whom we need to trust to act with competence and character.

It means being slower to judge, faster to listen, and ready to walk even half a mile in their shoes.

It means speaking in ways that foster a more caring workplace and humane world.

Most of all, it means practicing the Golden Rule in the moments we’d rather ignore it – giving them space to learn and grow and ‘fail forward.’

What you focus on expands, for better or worse. Look for the good and you’ll find more of it. Look for what’s wrong and who’s to blame, and you’ll spend your lifetime finding fault and stoking divides rather than building bridges and lifting spirit. ‘Grace is the face that love wears when it meets imperfection,’ wrote Joseph R. Cooke.

Imagine what kind of workplaces, communities and world we could create if we each extended a little more grace, even when others don’t.

Who in your life could do with your grace today?

These words by Anne Lamott apply as much to each of us as individuals as it does to us collectively – in our homes, our workplaces, our communities… our world:

‘I do not at all understand the mystery of grace—only that it meets us where we are but does not leave us where it found us.’

If you do nothing else from reading this, just take a moment to breathe in grace. To quote Nelson Mandela, a man who chose grace when he could easily have justified otherwise, ‘We’re all just walking each other home.’

For more on how you can extend grace to yourself others, listen to the 100th episode of my Live Brave Podcast