Embrace uncertainty. It lines your path to security. 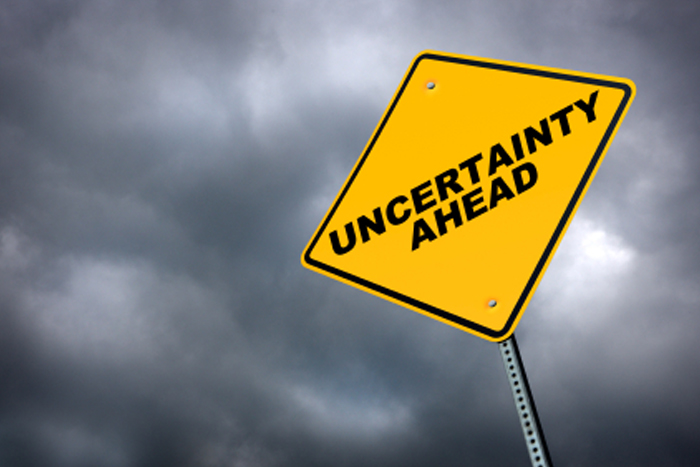 Yesterday I received this question on my Facebook page:

What’s the #1 thing that gets in the way of you making changes in your work, life or both?

Mothers guilt. Fear of unknown. What others might say. Lack of money. Lack of time.  Lack of clarity about future. Lack of confidence. Too much self-doubt.

Despite the diversity of answers, there was a common thread underneath the majority of them: fear of uncertainty. 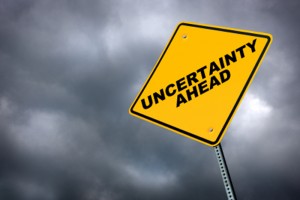 We all have fear for a reason. It is part of our DNA, built into us to alert us to potential dangers and guide us away from taking risks that could results in pain – physical, mental, emotional, financial. As much as our fear is there to keep us safe and help us, it can all so easily stifle and hurt us.

Putting off changes and playing it safe doesn’t make you more secure, it makes you less so.

When it comes to making a change in your life, fear of uncertainty is inevitable.  We all love the security of being able to make plans based on a future we can predict. We all get uncomfortable when that future becomes less than certain. It’s a ‘human’ thing. But while our fears may be trying to enhance our sense of security, if we let them run our life, they do just the opposite.  Left unchecked, our fear can keep us settling with a status quo that leaves us feeling dissatisfied, if not outright  miserable. It’s why people stay in jobs they loathe, in marriages that leave them lonely and – to quote Theroux – “living lives of quiet desperation.”

When you trust yourself that no matter what happens in the future, you can handle it, it  opens up a whole new world of possibility for you. That’s not to say you might not have moments of anxiety about how you would handle an particular challenge, but it liberates you to make different choices, take different actions… despite the uncertainty that accompanies them. Having had to handle a lot of change over the last twenty years – moving country multiple times, with newborn babies in tow on several occasions – I have learnt that while change can be uncomfortable, its our attitude toward it that determines how well we handle it. Whether changes I’ve chosen to make, or changes that have been largely thrust upon me, all have taught me that I’m more capable than I thought I was. The same applies to you.

Putting off changes and playing it safe doesn’t make you more secure, it makes you less so. Avoiding making changes because they create uncertainty is never a good reason not to make them.  In fact, it’s a pretty lousy reason. Every worthwhile endeavour involves taking a plunge into an unknown and uncertain future. There is no guarantee that a change you will make or a chance you will take will result in the outcome that you want. Anyone who tells you otherwise is either delusional or lying. But one thing is guaranteed: not making changes, not taking chances and sticking with the status quo is not going to make you feel more secure or happier in the long term. Rather it will only fuel insecurity and leave you less satisfied than you are right now.

As I say in the video message below, we live in a world that is in a state of constant change. The world you and I inhabited ten years ago is gone. Of course day-by-day it’s hard to seen the changes but rest assured, the world you will inhabit ten years from now will be very different than the one you woke up to today. The question to ask yourself is: What changes do I need to make today that will enable me to thrive in the world ten years from now…five years from now… one year from now?

As I wrote in Stop Playing Safe, “While I don’t know what the future holds I do know that ten years from now, those who have taken courageous action, and continually traded the security of the known for the uncertainty of the unknown, will be those who will be seizing the opportunities that  change inherently holds.”

Make sure you are among them! Don’t stick with the status quo for fear of uncertainty. Embrace it.  It lines your path to the security, self-confidence and fulfillment you ultimately want.