Be Trust-Worthy: Stand By Your Beliefs 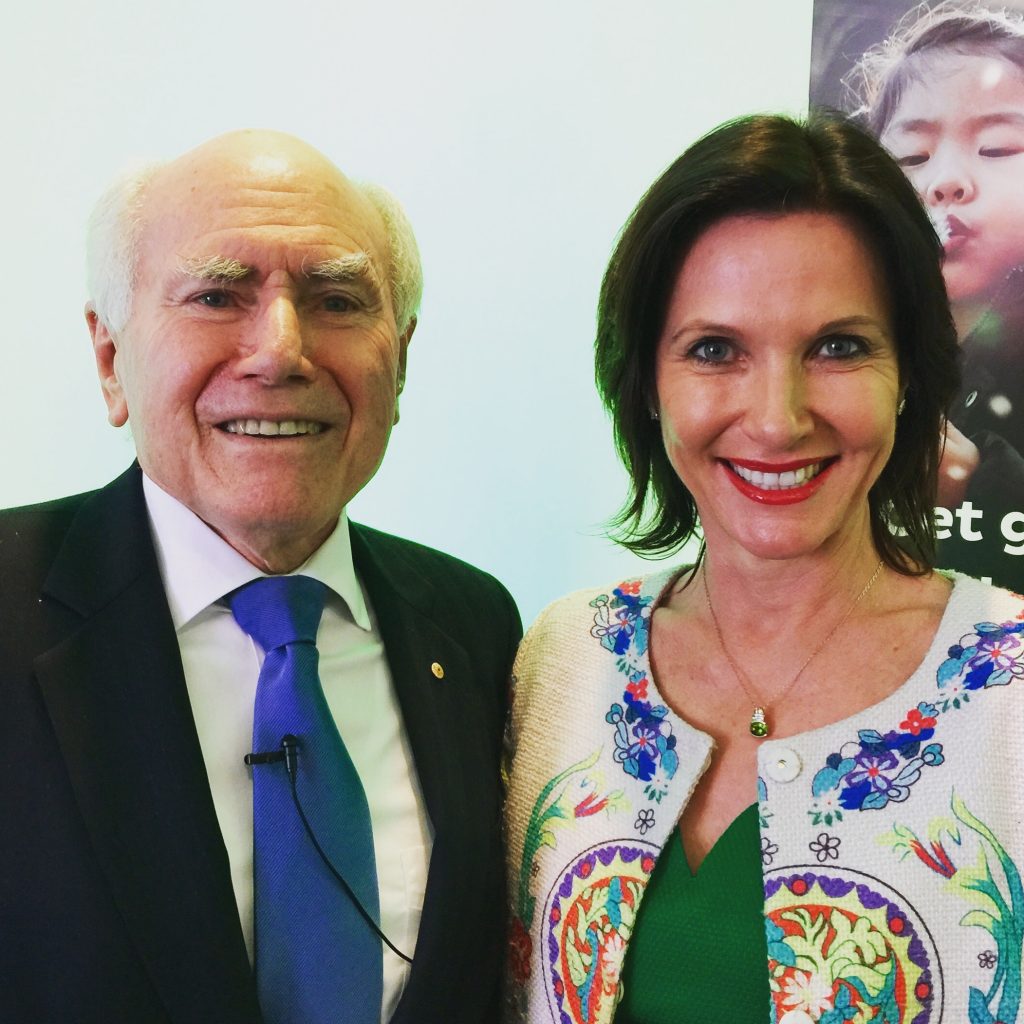 Yesterday I had the pleasure of spending a few hours with former Australian Prime Minister John Howard. We were both keynote speakers at the same conference and ended up having time together between speeches and afterward at a reception.

Like every political leader, during his eleven years leading Australia there were many who didn’t like Mr Howard. Some outright loathed him. His conservative positions and support of the war in Iraq earned him plenty of criticism.

As we discussed his many years as a leader on the world stage, one thing he said stood out for me. It was for how much people may not have liked where he stood, but they always knew where he stood.

He recounted a reception that former U.S. President G.W. Bush held for him while he was visiting his son who was living in Dallas, Texas, after they had both left office. President Bush had invited a host of his fellow Texan Republicans to the gathering. When asked by one of them to list his three proudest achievements as Australia’s second longest serving Prime Minister, he named one as changing Australia’s gun laws. You can imagine how that went down… to Republic stalwarts in Texas! He recalled Bush saying to him afterward, “You pulled the wrong rein on that one John.” He didn’t care. He stood behind his belief that fewer guns make for a safer and better society. (To watch an interview with Howard about his “Gun Buyback” click here.)

Looking at the political landscape today, it’s not hard to find politicians whose political stance appears to be shaped more by opinion polls than by what they believe is best and right for those they lead (or hope to lead.) In fact, we’re increasingly unsure what many political leaders really believe. Or if they have any firm beliefs at all.

Unsurprisingly, research by the Edelman Trust Barometer has pointed to an “evaporation of trust” in institutions and leaders around the globe with more countries now being classified as distrusting than trusting.

“Character in the long run is the decisive factor in the life of an individual and nation alike.” Theodore Roosevelt

This growing deficit of trust strikes at the leadership in every domain. In a world of soundbites and slogans, people are hungry for leaders whom they can count on to prioritize principal over power. Most people would prefer to be led by someone with the character to stand behind their beliefs, even if they didn’t always agree with them, than someone content to surrender self-respect for self-interest, indecisively flip-flopping their beliefs in whatever direction pollsters pointed.

It is a greater compliment to be respected as a leader than it is to be liked.

As Howard shared with me that he always took it as a compliment when people would say they didn’t agree with him but they respected his conviction. His words aligned with that of Lori Garver, the first female Deputy Director of NASA, whom I interviewed while researching Stop Playing Safe. “People don’t want to be left wondering what their leader really thinks,” she said. “My candor has sometimes been difficult for people to hear, but they’ve come to respect that I’m open, upfront and transparent.”

Watch my Facebook live video talking about this topic via this link.

The same is true for life, with the people we work and live with. While it can be tempting to say what we think people want to hear, our relationships are always better off when people can trust that we mean what we say and say what we mean. Sometimes this takes courage as we risk the fall out that may ensue. Yet while speaking honestly can be uncomfortable, the price we pay for failing to do so far exceeds any short term discomfort. Compromising our integrity always exacts a steep toll. Doing what is right is always the right thing to do.

But what is “trust” anyway? For something we talk about a lot, it’s a concept that can be highly amorphous. Which is why it can be helpful to break it down into four core pillars of parts – character, competence, concern and reliability. 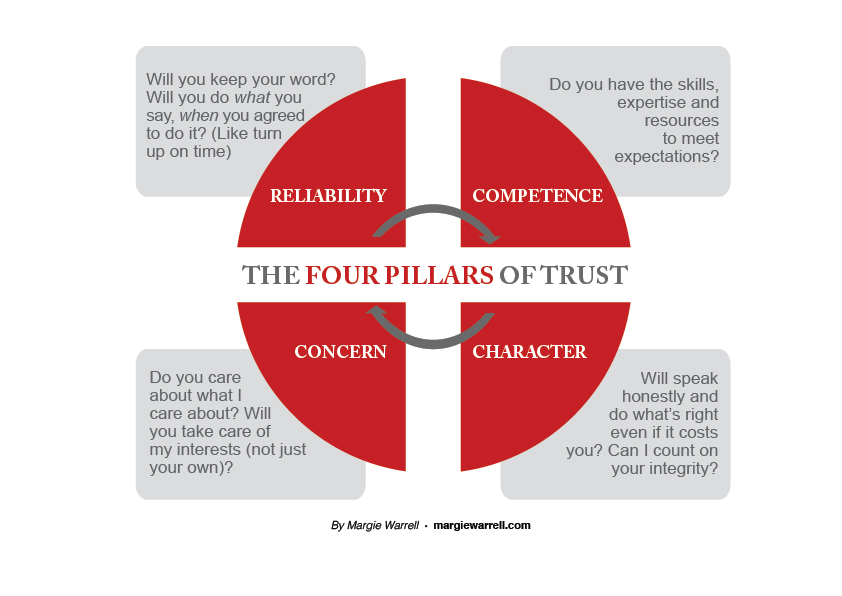 The Four Pillars of Trust (From Stop Playing Safe)

Whether you’re a CEO who wants to shepherd change, a sales rep who wants to make budget or you just want to repair trust with a friend, take a look at the Trust Audit** above and ask yourself what you might be doing that is inadvertently limiting trust and what you can do to change that.

Hillary Clinton once said, “When someone breaches trust we’re all worse off.” She would know. Trust is a precious commodity and hard to rebuild once lost. While we can do little to change how others behave we can always take responsibility for what we do to win and retain trust. Which is why regardless of your leadership aspirations, it will always pay to stand behind your beliefs and act with the courage and character you wish to see more of in others.

To quote Mark Twain: “Always do right. This will gratify some people and astonish the rest.”

** The Trust Audit above is an abbreviated version of the one contained in Stop Playing Safe, chapter 3: “Align bold action with right action.”