Are your problems big enough? No really. . . are they?! 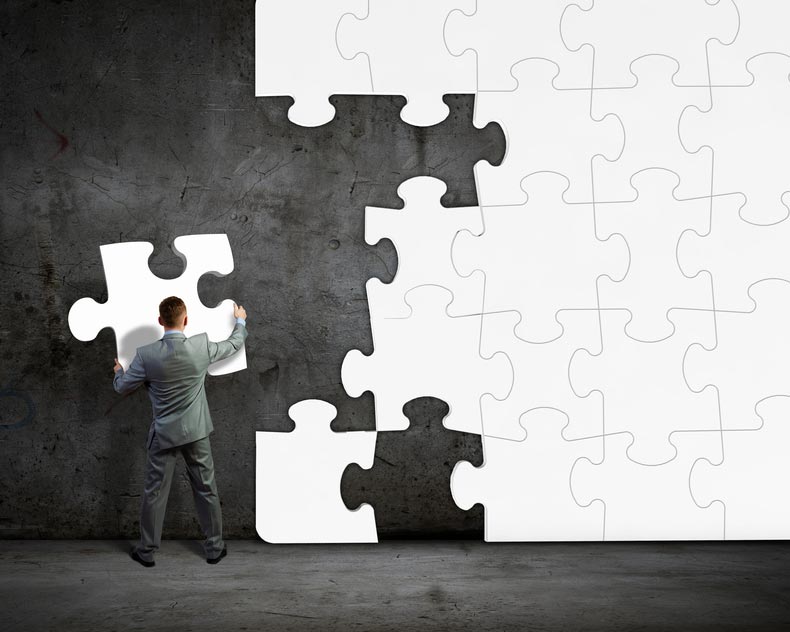 Problems, boy have I got problems!  My son’s bent his bike frame going over too many jumps and I’ve got to get it repaired, my garbage disposal is making strange noises, I need a new crown on my back molar, I’ve got a scheduling conflict this afternoon, my four year old is still wetting his bed. . .

Have I lost you yet?

If I haven’t then I’m sure I soon will if I keep going!  Why? Because I know that you have enough problems of your own to give a hoot about mine  (particularly ones as incredibly mundane as these!).

The reality is, we’ve all got problems and they come in all sorts of shapes and sizes.

The problem is not that you or I have problems.  Rather it’s that we think we shouldn’t have them!

One thing I’ve come to learn over the years is that those among us who are most contented, happy and successful are, ironically enough, NOT those with the smallest or fewest problems. Instead they are those who have far bigger problems than the average Joe.

So my question to you is, are your problems big enough?

A little while back I was in New York doing a book signing for my book Find Your Courage! Whilst there I caught up with Jack Canfield (author of the Chicken Soup for the Soul books and with whom I co-authored 101 Ways to Improve Your Life last year). Jack shared how ever since The Secret came out he has been in much more demand by the media, as a speaker, trainer and coach. He said, “you know when you are on Oprah, Larry King and Montel all within a couple of months suddenly everyone wants you.” He went on to share how he now has a whole new set of problems in managing his time, his business and his life.

The Aussie in me couldn’t resist the opportunity for sarcasm, “Hey Jack, such dreadful problems. What a nightmare!” We both laughed knowing that his “problems” are the kind that every author dreams of.

The great thing about big problems is that they put your small ones in perspective.

The fact is that if you have big goals that inspire you as much as they stretch you, then, by default, you are inviting bigger problems into your life. But the really cool thing about having big problems is that they put your small ones (like fixing a sore tooth) into perspective. I mean did you ever hear a refugee woman complain about her hair graying or a parent of a sick child get upset about her toddler’s lack of progress toilet training?

You, me, all of us are capable of so much more than we often give ourselves credit for. We sell ourselves short and aim for less than what in our heart of hearts we’d really like to experience for ourselves in life. In doing so we deprive ourselves of getting to know just how resourceful, strong, capable, resilient and talented we really are.

Big problems give you an opportunity to realize how strong and capable you actually are.

Just ask anyone who has ever been thrust into a situation where they have had to deal with a really HUUUUGE problem. Whether it be winning the fight against cancer, recovering from a near fatal accident, fleeing a war zone, looking after a very ill child, parent or spouse or just trying to survive in life-threatening circumstances and you will hear stories of tremendous bravery, strength, resilience, resourceful, humility and courage.

The thing is though, most of us in the Western world, in our extremely comfortable existence, don’t have those sorts of problems thrust upon us and so we mistakenly assume that we don’t have the same courage and capability we witness in others.

But it just ain’t true!

It a choice:  Get sucked up into your small problems or be led along by your dreams?

As I wrote in my book Find Your Courage! (in the chapter titled ‘The Courage To Dream Bigger’)

“you can judge the size of a person by the size of their problems. Think about the problems that people such as Gandhi, Mandela, Mother Teresa, Bill Gates and Bono have chosen to take on. If someone’s biggest problems in life are how to improve their golf par, keep their nails from chipping or selecting the perfect mural for the child’s bedroom, then it’s likely they are playing pretty small in life and keeping both dreaming and risk taking to a minimum.”

The way I see it, you get to choice whether you are going to spend most of your precious energy in life absorbed by a never-ending myriad of “ordinary” problems or pulled along by inspiring dreams that add meaning, excitement and purpose to your days and your life. Given life is an ongoing stream of problems no matter how you play it, why not at least make them meaningful ones!?

If your problems aren’t really meaningful to you then create some that are?

You have your own set of gifts, skills, life experience, dreams and aspirations. There are things that you and only you have the ability to do in your family, in your community, in your workplace and in the world general. But you will never do them if you are set on keeping your problems small.

As Gandhi said, “the difference between what we do and what we are capable of doing would suffice to solve most of the world’s problems.”

Do your problems honor who you are?

Too many people live lives of immaculate mediocrity making a huge meal (and fuss) out of small problems. Their toilet blocks, their child chips a tooth or misses out on their first choice of school, their sales figures don’t hit target, they get a stain on their new carpet, an employee makes a mistake on a proposal, they can’t find the right tiles for their new remodeled bathroom and you’d think that Chernobyl had blown up next door. When I hear people complain about problems like these I think “what a shame they are expending all that energy on problems that matter so little.”

Of course all of us can, if we aren’t mindful of it, find ourselves sweating life’s micro problems that, in the macro scheme of life, really don’t matter all that much at all.

So that’s why I want to challenge you to expanding the horizon of what you would like to accomplish and the size of your problems. So I ask you these two questions and invite you to taking some time to really reflect on them:

From child abuse to the environment to poverty and everything in between, there are so many big problems facing our society and humanity as a collective. Make your problems ones that really honor you and the potential that you have within you to make a meaningful and significant difference in the lives of those around you.

And as you step into the week ahead know that whatever problems you have today, they really aren’t a problem! Rather they are wonderful opportunities for your to grow your skills at the game of life and your capacity to live a more rewarding life and to make a greater contribution to the lives of others.

Life shrinks or expands in proportion to your courage to rise above your self-doubts and fears, take on bigger problems and live a bigger life.

So dream bigger, live bolder and have a rich, wonderful and problem-filled life!