How are your excuses costing you? 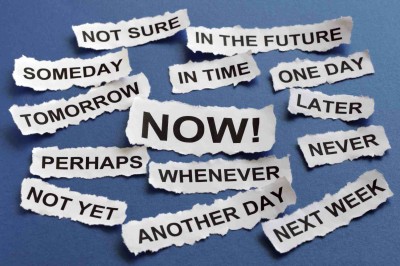 Ahhh…. my kids are all back in school (sigh) and I’m sitting here at my desk (in a blissfully quiet house) wondering how it got to be September already.  As I looked at today’s date, September 11th, it struck me how much has changed over the last eight years since that shocking day that changed so many lives and left so many people, myself included, shocked, saddened and alarmed at the inhumanity of our fellow humans.

A lot has happened since September 11th 2001. The world today is a different place than it was and no doubt your life has also moved on.  I had a month old baby, 2 year old and 3 year old and was packing up my home in Australia to move to the US that very day.  Needless to say, it was an overwhelming time. But what I do remember very vividly is how the tragedy of 9/11 really caused people to stop and think about what was most important to them. I met numerous people in the months that followed that told me they’d stopped making excuses for not doing the things they always wanted to do and began living their lives more intentionally.

But as intentional as we sometimes like to be, excuses have this insidious way of creeping back into our thoughts, our conversations, our relationships and lives.

I’m too old…or too young/inexperienced , I’m just not that kind of person, I’m not a morning person, I’m a creature of habit , I’m too busy, too unfit, too disorganized, too… (you fill in the blank) , My family/spouse/kids/boss/dog/pet fish mightn’t like it … I’ve heard them all!

I hate to tell you, but there’s only about 15 weeks until 2010. Yep, 15 weeks!  And so given that your life is precious, your time is precious and that you won’t get another chance to go back and live 2009 again, I’d like to challenge you to drop those excuses which are keeping you from taking action, and making the changes that you KNOW you need to make to address those issues that niggle and gnaw at you and keep you from enjoying your life as much as you’d like.

Just imagine how you’d feel if, come December 31st this year, you could look back on the intervening months at what you had accomplished with a great sense of pride and achievement.

Growth doesn’t occur when we stay stuck firmly planted in excuses. Success, real success, requires action and a commitment to stepping beyond our comfort zone . . . and leaving our justifications and excuses behind us.

We human beings can justify anything we want if we put our minds to it. Certainly that’s exactly what the men who hijacked those planes on September 11th did. But you are bigger than that. You know yourself that the results you are getting in life are a direct result of the story you’ve created (and the excuses those stories have fueled) and the actions you’ve taken as a result.

So, on this day in September, I invite you to take on a goal for the rest of 2009 and leave behind all the “buts” that have been a shackle around you leg. If you need some extra help, below is an EXCUSE BUSTING EXERCISE to help you get unstuck and into action.

If not now, then when? Next week, next year. . . come on, stop kidding yourself.