Will the bloodshed ever end? 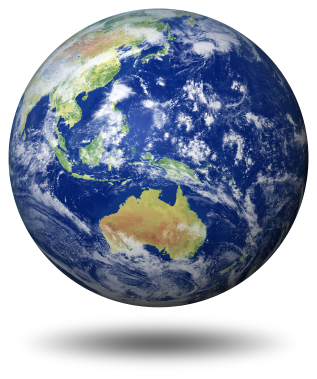 When I was 23 I spent 6 weeks backpacking on my own around the Middle East. Three in Egypt, one in Jordan and two in Jerusalem and the surrounding occupied territories of the West Bank. Being on my own made it that much more extraordinary because I found myself being invited into homes and connecting with people in ways I don’t think I would have had I had a traveling companion. In Jerusalem I stayed in the Islamic Quarter of the old city for no other reason than it was the cheapest place to stay. But being mid-January (and a lot colder than I’d imagined it could be) it was certainly not the most comfortable as they had no central heating and lukewarm showers (on a good day). In short, I froze. The man who ran the hostel, Abu, was a strong PLO supporter who’d been jailed six times (the first at age 12 for six months without any reason) and expected to be jailed many more. His brother had been killed by Israeli soldiers. Needless to say he was an interesting character and he delighted in talking to travelers like myself who were eager to know about the Middle East beyond the headlines and 6 o’clock news.

On my second evening there Abu offered me directions to travel out to some of the local refugee camps by public bus. “That’s why I’m here!” I thought and next day headed off. Man, what an eye opening experience. I arrived at a camp just past Bethlehem and, as instructed, asked to be taken to the home of one of the older men living there (in that part of the world, hitting 40 makes you old). I don’t recall his name but I do recall him to be a very gentle, warm and welcoming man. Formerly a university lecturer he was now out of work (unable to get to his work each day due to the curfews and travel restrictions on Palestinians — they were not permitted passports) and, with five children, he and his family existed in the squalid camp, surrounded by razor wire with empty oil barrels barricading the roads exiting out of the camp and little hope on the horizon. He walked me around the camp, introducing me to many people and giving me an intense history lesson along the way. I recall him being very learned and also, surprisingly, not filled with vengeance but with sadness. The day passed quickly, so quickly in fact that I missed the 4pm curfew to leave. He and his wife invited me to stay in their small home overnight. I accepted (not that I had much alternative) and enjoyed an incredibly memorable evening experiencing the amazing generosity of Arab hospitality. I slept on a mat on the floor beside his five children. They were all so bright and beautiful and it saddened me how bleak their prospects were to gain a proper education and enjoy the prosperity and freedom to travel the world as I was doing at the time.

As I was leaving the next morning he asked me to go back to my country (then Australia) and write about what I saw. His only hope for the future was based on the belief that if more people like me knew about their plight they would act to help. He shared how the Palestinian people felt betrayed by the Western governments for allowing such injustice to occur and failing to hold the Israeli government accountable for violating the Geneva Convention by illegally occupying territory that was not their own. I promised him I would do that.

I didn’t. My life, with all its opportunities and new adventures, got in the way. . .

So here I am, 17 years later, and every time I turn on the TV, graphic images of wounded children, grieving mothers and dead bodies blaze across the screen. I think about how much has progressed in my life and how little has progressed in the lives of those I met in Israel 17 years ago. To call it a tragedy is just too cliché.

Don’t get me wrong. I am not a supporter of Hamas. Nor do i deny or belittle in any way the legitimacy of the grievances of the Jewish people living in Israel whom Hamas terrorizes. In fact I deplore Hamas’ terrorist acts, how they use innocent Palestinians as human shields. I also abhor the hatred they spread and violence they inflict on Israelis. But I am deeply sympathetic to the plight of the Palestinian people, most of whom have lived their entire lives in poverty and without the right to live freely in a land they have inhabited for countless generations. I’ve often heard people ask, “how could any mother be proud of sending a child off to be a suicide bomber?” when what we should be asking is, “what depth of hopelessness and despair would drive a mother to send a child to their death?”

As most of you know I’ve never stepped into politics, domestic or international. Until now. I once heard it said that the only thing that is required for evil to reign is for good people to stand by and do nothing. I guess that would be me. Of course I don’t have the answer to the problems that have plagued the Middle East. However right now all I see occurring is hatred being bred into a new generation of Palestinian children. In a pocket of the world so long ravaged by hatred, pride, revenge and violence, no peace will ever be found through more of the same.

I hope that one day leaders will emerge on both sides (at the same time!) who are willing to let go righteousness and to commit to creating a future that is distinct from the past. That, in a spirit of mutual respect, they will engage in conversations that honor one another’s legitimacy and right to live in freedom and prosperity. Only then will trust be rebuilt through actions taken and promises kept and will those who have suffered so much for so long (on both sides) be able to look toward the future with hope.

When will that day come? I don’t know. I do know that that with about 500 Palestinians killed since December 27th, it won’t be any day soon. What’s any of this got to do with you? While the conflict that’s currently ravaging the streets of Gaza may seem very remote to your daily life, I am sure that there are lessons to be learned from it that you could apply to any conflict, resentment or bitterness that exists in your relationships. As I’ve heard said many times, there will never be peace in the world until there is peace in our homes.

So I ask you:  where are you righteous in your stance about an issue? Where would you be served by taking time to better understand the opinion of those around you? Where do you fail to treat others with the dignity they deserve? Where are you more committed to being right, and having your way, than to enjoying harmony in your relationship with someone? How might you be able to build trust where it has been damaged? Think about it!