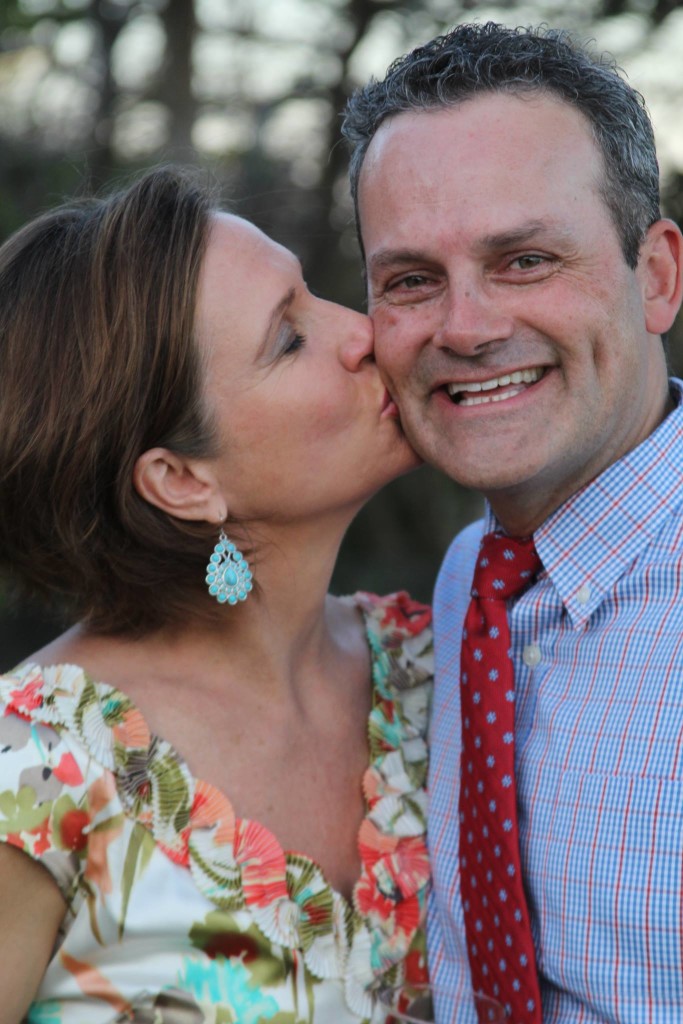 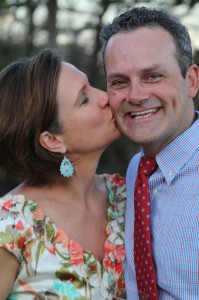 Feeling blissful at my sisters wedding 2013

Twenty years ago tomorrow I got married (yes, a child bride!). Two decades on I’m still married… and to the same man no less!  Better still, I’m as happy to be his wife as I was when I walked down the aisle – white veil on my head, red roses in  my hands –  to say “I do.”

Don’t get me wrong. Our marriage is not perfect nor have the last 20 years been all easy. We’ve had a fair share of “moments” like most couples. That said, I also think we’ve been spared a lot of the hurt and heartache, drama and despair that I know many have experienced.

In between packing up home a dozen plus times, global moves, four kids, and numerous other challenges, I’ve learned that you don’t need a perfect marriage to have a good marriage  – one worth working on and staying in over the long haul. What you do need is to be in it for the right reasons – not because you’re afraid of life alone, but because together, your life is better… you are better!

While I’m no marriage therapist, I’ve picked up a few insights along the years. I hope they might be of value to couples just starting out, those going through tough times – and everyone in between.

1.   Invest time creating a vision that inspires you both. Well before Andrew and I ever got hitched we talked a lot about the life we wanted to create together. We loved the idea of having lots of kids, travelling and working around the world, and forging rich and diverse friendships along the way.

Too often I meet couples who have never talked about what their ‘ideal marriage’ and life together looks like.  They spend more time planning their wedding day than they do discussing the years that will follow it and then find themselves at perpetual loggerheads on everything from parenting philosophies to managing money.  If you’re on the same page starting out, it makes it far easier to write the kind of life story you’d want your kids to read.

If you’re on the same page starting out, it makes it far easier to write the kind of life story you’d want your kids to read.

2.  Respect your partner for who they are…. and who they aren’t!   Andrew would like if I kept my closet a bit tidier.  I’d like if he were more spontaneous. We both try to accommodate each other, but my things will never be completely orderly and he will never take a day off work on a last minute whim. It’s not how either of us are wired.

It’s important to accept and respect who your partner is – for who they are, and for who they are not.  That doesn’t mean you tolerate behavior you shouldn’t (far from it!), but it does mean you don’t try to change their nature or personality to fit with the one you’d like them to have.

3.  Be brave in what you say… but kind too.  In every marriage there will be differences of opinion, financial pressures, conflicting careers and priorities. It’s how you handle those issues as they arise that makes the vital difference in the long run.  Taking time to listen to what’s going on for your partner (both what they are saying, and what they are unable to say) is a hallmark of any great relationships. Being willing to share what’s going on for you, without making the other wrong, is equally important.  Issues that don’t ‘get talked out get acted out: in ‘the silent treatment’, snide remarks, emotional explosions, and at the far end of the spectrum, infidelity and walking out the door.  The most difficult issues are the one’s went tend to avoid discussing because they make us so emotional vulnerable.  Yet unless we put them on the table – openly, with courage and kindness– they fester and undermine not only your happiness and health, and ultimately create a toxic atmosphere that leaves everyone worse off (kids included).

If it’s cracked from the beginning, the marriage you try to build will have a hard time weathering the inevitable storms and crisis.

4.   Build on trust. Work your ass off to keep it strong.

“No secrets.” That was something we committed to from the outset and has ensured that our relationship has always operated on complete trust in each others honesty and fidelity. Accordingly, I have no ‘secret’ bank account for a rainy day.  Andrew also knows that if I go out to lunch with a male client that there is nothing else going on.  Without that trust, we could never have handled some of the more challenging periods.

A woman recently shared with me that she never wanted to share her bank account with her husband because she couldn’t trust that he wouldn’t spend her money well.  Twelve years on she pays all the bills, he pays none and their marriage is no more than a living arrangement (a bad one at that.)

Trust is the foundation of any meaningful relationship. If it’s cracked from the beginning, the marriage you try to build will have a hard time weathering the inevitable storms and crisis.

5.  Support on each other but always stand on your own two feet.   I don’t need my husband to be happy or to be whole. I just feel more happy and whole having him as part of my life. I know he feels the same.  We are both very independent people, but we just know that who we are together is better than the sum of the two of us alone.  We lift each other up, cheer each other on and challenge each other to be better human beings than we otherwise would. (Most days… some days I’m cranky.)

The best marriages I know are ones where both people can stand on their own two feet in the world alone just fine. Whenever one person dominates, it leaves the other person feeling dominated. To me, that’s not a partnership, it’s ownership.  It’s certainly not my idea of marriage.

6. Work on the ‘baggage’ that can weigh you and your marriage down. Let’s face it, most of us enter into marriage with some emotional baggage that has the potential to undermine our ability to work through issues, make decisions, handle conflict and respond rationally when our buttons get pushed. While it’s unrealistic to rid yourself of all insecurities, resentment, guilt, shame, sensitivities and fears as you tie the knot, it’s really important that you work on your ‘stuff’ as you go along lest it trip you up time and time again.

Sharing your life with someone who’s as committed to you at becoming the best possible version of themselves is an incredibly rewarding experience.  Sharing it with someone who isn’t… well, not so much.  In which case, sometimes you just have to accept that the barriers to creating the marriage and life you want may be immovable on your own, and that your happiness is best served by taking a new path, alone.

Fortunately, I’ve never had to make that call and am confident I never will. But whether you are married or not, I believe that you can only be truly happy when you have the courage to be  true to yourself , vulnerable to what you fear,  and accepting of who people are, and who they are not (yourself included!)

7. Make time to for talking. The busier you are, the more important it is.   Every night after dinner, once homework, dinner and dishes are done, we take our dog for a walk. Tambo gets his walk, and we get to talk… about kids, our work, extended family, friends, travel plans…  It’s also the time I get to vent or share something I’m struggling with. It’s precious time. It’s important time.

When our kids were younger, and not old enough to leave home alone, we would book in a couple weekends away a year just to escape from the ankle-biters and connect and do something outlandishly romantic…  like drink a bottle of champagne over lunch.  Living 10,000 plus miles from family, it was NEVER easy to get away, but where there is a will there is a way and we always found it. Our marriage was always better off for it, as were our kids.

Ironically enough we had originally talked about jetting off for two weeks in Italy to mark our 20th anniversary. But life is so busy we decided  a week in New Zealand might make more sense. Then it became 5 days in Tasmania. Then a weekend in Daylesford.  In a few hours we’re heading off for one night in Red Hill – a 40 minute drive away. Rome will have to wait.