What You Can Learn from Tiger’s Mistakes 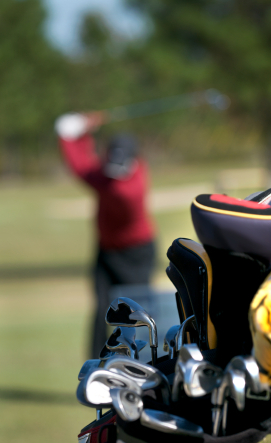 Our society loves to put high-performing athletes up on pedestals according them, in the process, a semi-God like status.  With that we give them enormous influence on us, and more importantly, on our kids who rank elite athletes second only to parents (92%) and on par with teachers (72%) in terms of influence.  But of course, with great influence, comes great power and (to quote from the Karate Kid) with great power comes great responsibility.

I don’t know much  about Tiger Woods’ private life apart from the salacious news I’ve heard in the media this last week.  What I do know is that we should all be very careful in putting anyone up on a pedestal or expecting any individual to be infallible across the board.  Just because someone is a brilliant athlete (or actor or singer or politician) doesn’t mean they are always going to be a great role model.  Masterful skill in one area of life doesn’t automatically equate to robust integrity or even to plain old common sense.  If there’s any lesson in this whole sad Tiger Woods affair, it is this: beware of putting any individual up on a pedestal just because they are good at a sport!

Time and time again we’ve witnessed athletes, celebrities and people in positions of high office suddenly fall from grace.  Time and time again we’ve felt like they let us down.  We’d trusted them to do the right thing and they blew it.  Surely they should have known better, done better, been better than that. What the hell were they thinking?! It’s hard to imagine what it’s like to have millions of people in awe of you, but it seems as though they become drunk on their own fame, fortune and power.  Without something or someone to keep them well grounded, they lose their way and become lost in the public persona their publicists create for them. Viewing themselves as almost omnipotent, they delude themselves into thinking their behavior is immune to the consequences the rest of us face.  They live in the illusion, like Lehman Brothers once did, that they are too big too fail… or at least to too famous to fall. And only when reality catches up to them, and they come crashing down to earth with a headline-making thud, can they begin to see that they are no more immune to the consequences of their choices, and no less fallible, than the rest of us. In the meanwhile, families are devastated and the respect and trust of adoring fans is damaged as the heroes they so desperately wanted to believe in lose their cape.

None of us are flawless. Good people do bad things. Seemingly smart people do dumb things. We all find ourselves in moments of choice where we feel tempted to do something we know in our heart isn’t the right thing. And we’ve all had those times where we’ve veered off course.  Myself included. Certainly Tiger Woods has a huge reservoir of goodwill to be dipping into in the weeks and months ahead as he seeks to restore the trust of his fans and those closest to him. His wife in particular. I have to say, I’d be none too happy if I were in her shoes. I wish him well. I’m sure his fans are willing to forgive him but they need to see some genuine humility first. Trust is a precious commodity. It can take a long time to build but only one moment of transgression to lose.  Something all those who have been given the trust of the masses would be well served to keep forefront in mind.

Learning to discern between who you should trust, and what you should trust them with is an important skill to learn in life. With that in mind, my question to you is this: where have you made false assumptions about the lives and characters of others that led to disappointment? Where have you placed trust too hastily or fallen in to awe too quickly?

I’d love to hear what you think about this so please share your comments below.

Quote for today – ‘Integrity is one of many paths we can follow in life. It distinguishes itself from others by being the only path upon which one can never get lost.”