Do you need to step up your persistence level? 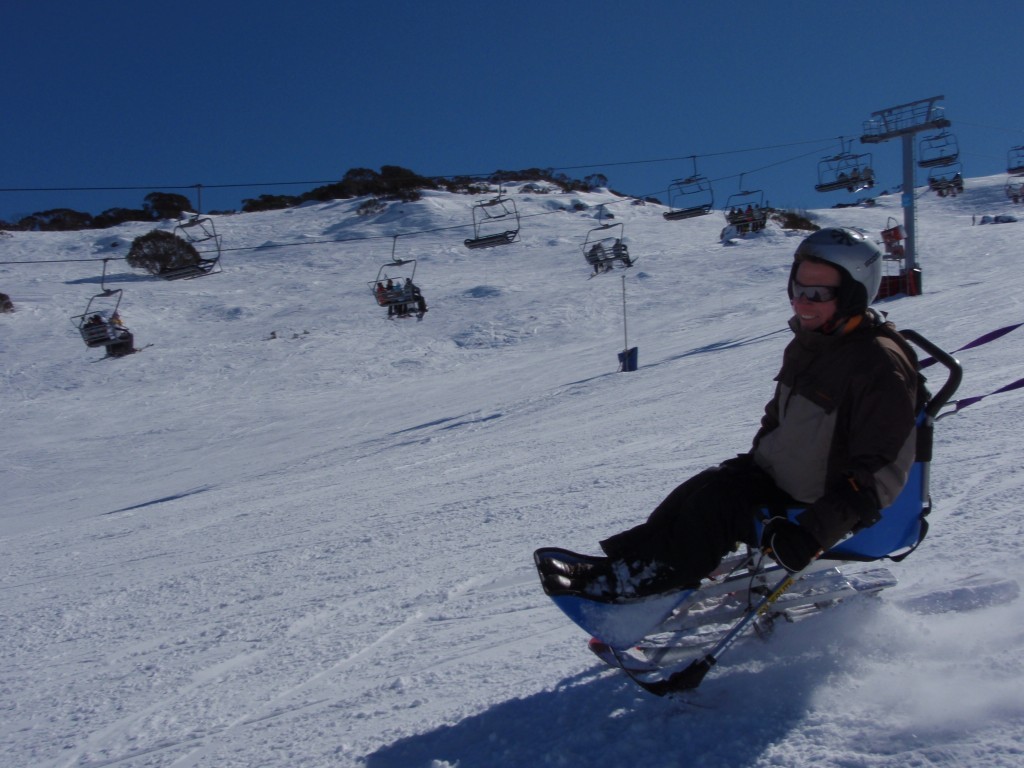 Have you ever wondered why so many adults, who never learn to swim as children, never attempt to learn as adults? Often it is because they do not want to go through the same learning curve that children have to. The fact is, to become masterful at something, whether it be swimming, speaking a new language, or cooking souffle like Julia Childs, you have to persevere. There’s really no other way around it.

Too often though, when our initial attempt to do something doesn’t produce the results we’ve envisioned, we throw in the towel. “I just don’t have a green thumb,” we say. “I’m just not that musical,” “I’m just not wired that way.” In short, we come up with all sorts of excuses and justifications to spare us the possibility of another failure. One thing I’ve come to know by reading about and meeting successful people over the years is that they not only give themselves permission to not get it right the first time, but they are willing to persevere at something until they do get it right or achieve the mastery and success they want. 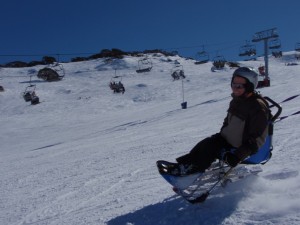 My brother Frank skiing despite paraplegia.

Last week my brother Frank, who became a paraplegic last year, went on his first ski trip. As you can see from this photo of him, he loved being back on skis, even if in a slightly different way than he used to. He told me that he wasn’t very good at it and needed a lot more practice before he’d be comfortable taking to the slopes on his own. He’s planning another trip to the slopes outside Melbourne (where he lives) very soon. In my book Find Your Courage, I share numerous examples of people who, through persistence, have done extraordinary things. Perhaps we’d all still be sitting around by candlelight had Thomas Edison persevered through 1,200 failed experiments to get that bulb to glow bright. As he himself said years later:

Our greatest weakness lies in giving up. The most certain way to succeed
is always to try just one more time. (and then another and another!)

Last week whilst vacationing in Vermont I took my first ever sailing lesson on Lake Champlain. I’d been out sailing numerous times over the years on Victoria’s beautiful Gippsland Lakes where I grew up, but I’d always under someone’s direction. Within a short while I was captain of my own ship (okay, a small single sail Hobie) and loving it. That I nearly ended up in Canada was part of the fun of learning!

What about you? If you were to grant yourself permission to make mistakes as you moved along, if you were to embrace the different stages of the learning curve (which move you from incompetence through to conscious competence to unconscious mastery) then what new endeavors would you pursue? Or what past endeavor would you take on again, but with a new attitude that embraced the mistakes and the learning as essential elements of the experience to gaining mastery?

Scientists have found hard evidence that learning new skills that use different parts of the brain help to ward off the cognitive deterioration that comes with growing old. Regardless of whether you are 21 or 91, it is never too late to step forward toward new goals and dreams. And when you slip up, make a mistake and things don’t turn out the way you want them? Press on. As Calvin Coolidge once said, “The slogan press on has, and always will, solve the problems of the human race.” I can assure you that only by being willing to persevere in the face of the failures, setbacks and curve balls that come your way through life will you come to know just how capable, clever and resourceful you really are!